SRI LANKA: A Woman lawyer exposes some disgusting abuses of the justice system 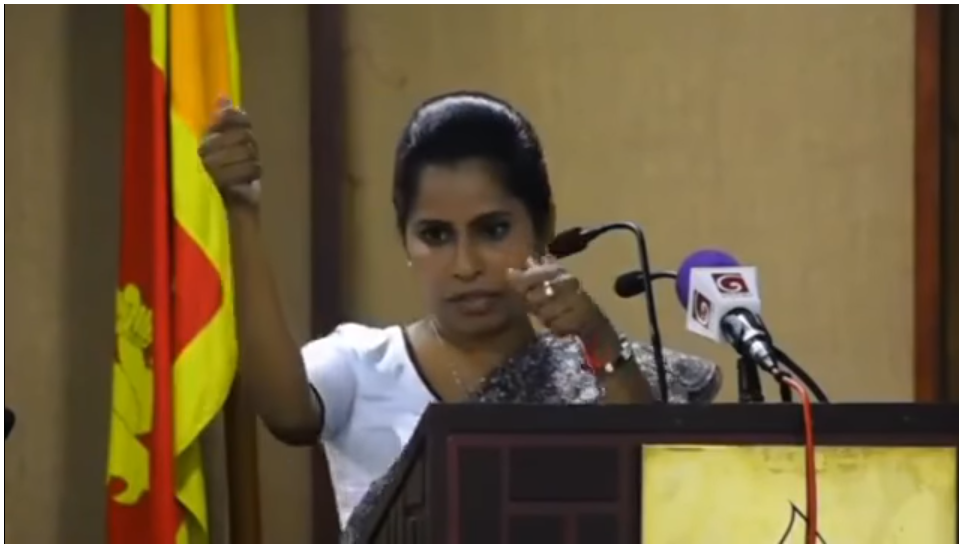 A woman lawyer has exposed the utterly confused, silly, and sad situation that prevails in some of the courts, which she had been practicing for over seven years. It is a revealing speech, which shows the lowest depths that the justice system in Sri Lanka is faced with. She exposes some of the judges and also lawyers including some members of the Bar Association of Sri Lanka.

For example, she speaks of going to a court where she found that three people applying lime on the head and the foot of judge because the judge has come to court too drunk, and that to revive him before the court sessions. Then she gives details of long series of events, which are highly scandalous and shameful.

There certainly is something radically wrong in the judicial system and also the manner in which legal profession is practiced in many parts of the country. She gives examples of corruption, sexual exploitation of clients and even junior lawyers by some seniors, and also how lawyers collaborate with police men in corrupt practices.

What is important is that she and few others are speaking about these things loudly. However, in the private sphere, many lawyers and clients, and people who know about the facts in the courts have same type of tale to tell from all around Sri Lanka.

What is even more saddening is in a manner in which some of the present leaders of the Bar Association are behaving, ignoring all these criticisms and even attacking the critics for reasons, which are far from honorable.

It is to be hoped that more people will begin to articulate like this lady-lawyer has done and also some other lawyers. In addition, a protest movement develops to explore the rotten aspects of justice sector, which is so vital for proper functioning of society.

All this corruption and demeaning behavior implies that people at large are denied of opportunities for justice, and that people will therefore have little trust in this kind of system.

The views shared in this videofile do not necessarily reflect that of the AHRC.