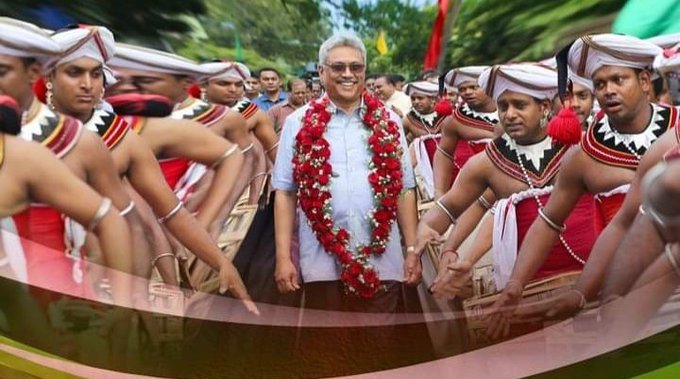 The people have spoken. President-elect Gotabaya Rajapaksa has been given a mandate by the people to govern the country for the next five years. The Elections Commission, public employees, Police and the voters deserve credit for the conduct of a free and fair Presidential Election where a record number turned out to exercise their franchise. This is another win for Sri Lanka’s democracy.

As pointed out by Elections Commission Chairman Mahinda Deshapriya, the aftermath of the Presidential Election should be viewed as an opportunity to expand democratic space in Sri Lanka. In his statements before announcing the final results he sought to highlight the need to give more teeth to the Elections Commission and hold the long-delayed Provincial Council Polls.

These appeals together with voting patterns seen on Saturday underscore the need for the new President to curtail divisive rhetoric seen within his ranks during campaigning and work to unify Sri Lanka. President-elect Rajapaksa acknowledged as much at the Elections Commission when his victory was formally confirmed, noting in his speech that he understood as Head of State he has the duty to work for the collective benefit of all Sri Lankans.

The vote in the north and east showed the difference in community priorities. It is clear that large numbers of Tamil and Muslim people are concerned with their rights and the need to preserve democratic space in Sri Lanka. They are citizens of Sri Lanka and it is the responsibility of the new President to hear their concerns as well.

Minority issues need to be taken into account by the new President and his policymakers, especially since there have already been statements made that efforts will be made to push forward constitutional and legal reforms surrounding the 19th Amendment at the earliest opportunity. It is imperative there is optimum engagement with all stakeholders to protect and promote institutional democracy in the country.

Sri Lanka has many challenges before it, but arguably the two most important are fixing a limping economy and ensuring the right of all communities to live peacefully. Both of these tasks require long-term thinking, planning and implementation, which Sri Lanka has traditionally struggled with. The people have voted for President-elect Rajapaksa because he has pledged to break through bottlenecks but he needs to do so while preserving the inherently inclusive nature of Sri Lanka’s democratic process.

At any election voters are free to vote for the candidate who best aligns with their views and principles. However, once the decision is made it is essential for the public to come together and work to hold the President, Cabinet and policymakers to their promises and ensure the will of the people is the ultimate victor.

That means the United National Party (UNP) as well as other political parties also have a duty towards citizens. They need to establish a robust Opposition, which is an essential component of democracy and integral to maintaining the space for dissent, free speech and holistic policymaking. It is now time for all stakeholders to step up to play their part.

Grappling with an ageing population, deep structural economic issues, high debt, and a divided population will not be easy. There are no quick fixes and citizens will have to remain engaged with the democratic process to ensure that the best possible future for all Sri Lankans is built. In many ways the Presidential Election has set the entire country on a new path and success will depend on how it is traversed by us all.