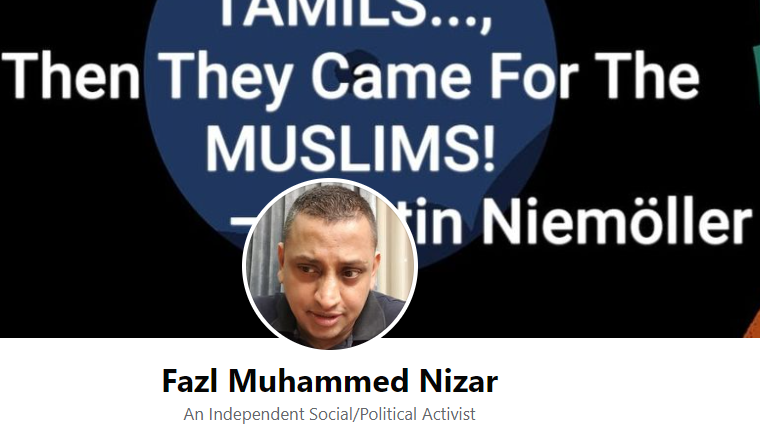 The Criminal Investigation Department (CID) yesterday informed Colombo Chief Magistrate’s Court that it had obtained a detention order from the Defence Ministry to interrogate Businessman Fazal Mohammed Nisar for three months, who was earlier arrested for sharing defamatory posts on FaceBook.

Fazal Mohammed Nisar was arrested by the CID on January 11 and ordered to be remanded till January 18.

When the case was taken up before Colombo Chief Magistrate Mohammed Mihail, the Magistrate ordered the CID to inform about the detention order to the prison authorities.

Earlier, the CID informed the Court that the suspect had issued various statements on Facebook in a manner that was insulting to various parties, including the monks, and which would act against inter-ethnic harmony.

CID also informed the Magistrate that the suspect had spent more than Rs. 300,000 per month. (DM)

Note by SLB: His FB page contains hateful posts and he has been a regular contributor to a London based website covering Sri Lanka affairs.

For example here is an example: 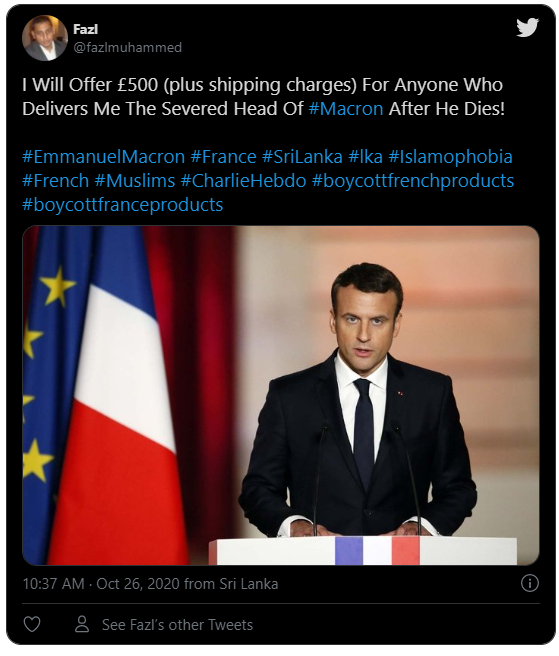