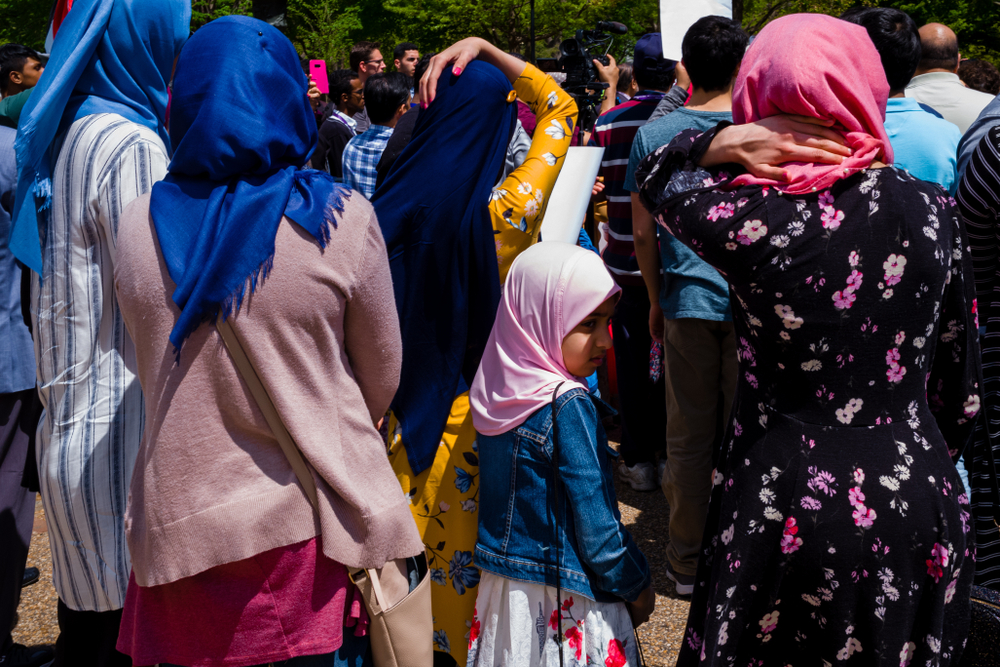 A father-and-son duo languish in jail under terrorism charges for possessing the deadly “C-4” explosive material when all they had in their Madhu rural home was just 234 grams of Chlorine powder. A successful specialist surgeon faces a ruined medical career while his wife and children are marooned in a social sea of race-hate and suspicion.

When human society reacts to terror and tragedy, even misidentified religious symbols, a handful of agro-chemicals and even recordings of pop songs are enough to send people to jail. Others have suffered due to enemies using the societal trauma opportunistically for vengeance.

Even as they and hundreds of others are arbitrarily affected by the Sri Lankan state’s shocked reaction to last Easter Sunday’s extremist bombings,Sri Lanka’s Human Rights Commission (HRCSL) has now issued a set of strict guidelines to be observed by the law and order authorities. The HRCSL wants the Police and all other security agencies to observe these guidelines strictly in future in order to reduce the social damage and community heartbreak currently incurred during ongoing counter-insurgency operations dealing with the NTJ terror group.

In the weeks after the April 21 suicide bombing tragedy, the country’s Muslim community bore the brunt of the security response and either continues to suffer or are attempting to recover from over zealous police actions and also the impact of parallel social aggression targeting the same community.

The Easter Sunday attacks carried out by homegrown terrorists Zahran Hashim and his group of followers shook Sri Lanka to its core. Though law enforcement and the country’s security forces were not able to prevent the attack, following the bombings the combined security agencies drew a heavy counter insurgency dragnet across the country in a bid to apprehend those linked to the attacks as well as other extremist elements and blunt the insurgents’ fighting capacities.

In April, just days after the Easter Sunday attacks 22-year-old Mohamed Muwath was asked to present himself at the Dankotuwa Police Station. A resident of Kekirawa, Muwath at the time had been living with his cousin in Poruthota, Negombo. The Police had received a tip-off claiming that Muwath had two swords in his possession. At the Police Station, he had readily admitted the fact while offering to hand them over to the Police. The swords belonging to Muwath were locally made and commonly found for sale at roadside stalls selling farming or household tools. “I just took a fancy for them so I purchased one and then later another to match,” he told the Sunday Observer. “I never had any intention to use them for illegal purposes,” he added.

Having been told he would not face any serious consequences Muwath had handed the swords over to the Police believing he would be released and fined in courts at a later date. In fact many found to be in possession for such items at the time was charged under the Penal Code, and released after being slapped with a fine. But instead of being able to leave thereafter he was arrested and handed over to the Wennappuwa Police for further investigations.

During his time behind bars at the Wennappuwa Police, Muwath says he was continually referred to as a ‘terrorist’. Some comments by Police Officers had deeply upset him as well. “People like you should be hacked,” a cop had told Muwath. He also alleges he was beaten during the questioning. “I was taken out of the cell, slapped around while they continuously asked me to confess that I had a connection to ISIS,” he said. No other person in Police custody during the same time had been treated in such a manner, he recalled.

When finally brought to court, the attorneys of the Marawila Bar had refused to appear for him on two different court dates. When asked by the judge if he had two swords in his possession, he had once again admitted it. Charged under the PTA, what he had not understood was that the Police, in their B-report, had claimed Muwath had been acting in a dangerous manner, with the swords in hand, waiting to attack people, although no such incident had actually taken place. After 45 days in custody, Muwath was sentenced to one year in prison on what he claims were trumped up charges.

“Thinking back I wonder if they did this to me because they were not able to find any others who were truly involved in the attacks or extremists groups and they had no cases to record,” he mused in despair. While he has now filed a revision appeal, Muwath says he is afraid he will go to prison despite not committing a crime. “Prior to this I had no Police records, and no one in my family has gone to prison,” he said.

Since the Easter Sunday attacks, the authorities have arbitrarily arrested and detained hundreds of people such as Muwath under counter terrorism and emergency laws which allow long term detention without charge or trial. While a vast majority of arrests have been under the Prevention of Terrorism Act (PTA), a law considered to be long abused, Police have also gone on to detain people under the International Covenant on Civil and Political Rights (ICCPR) Act, No. 56 of 2007. Section 3(1) of the Act states: “No person shall propagate war or advocate national, racial, or religious hatred that constitutes incitement to discrimination, hostility, or violence.”

Local law enforcement officials have been accused of misusing the law in several cases recently.

According to lawyers, human rights activists, and social action NGOs, many individuals have been arrested without any credible evidence of ‘terrorist’ involvement. Justifications for arrests include frivolous reasons such as: “Possession of a certificate in Arabic”, “Having Arabic songs in the Laptop”, “Travelling to Jaffna for a job” and “Having chlorine in their possession”.

In the last mentioned incident, for example, a father and son duo in Madu, Mannar was arrested when the Police and security personnel searching their home on May 11 found 234 grams of chlorine in a clay pot. According to Human Rights Activist Shreen Saroor, the officers arrested the 21-year-old son and later his father. The allegation was that the substance found was C4 explosives. “Anyone knows that chlorine is used commonly in areas such as Mannar as a cleaning agent due to the salinity in the water,” she noted.

While the case was called before the Mannar Magistrate on Friday (5), with the Police failing to produce the analysis report of the substance on two consecutive court dates since their arrest the father and son continue to be in remand custody.

Activists have also pointed out that there is inconsistency and confusion over which law is being applied in any particular case. Often the detention orders that are required to hold suspects under the PTA have not been provided to their lawyers making the detention arbitrary.

According to the latest information available, over 500 individuals remain in custody, some due to the fact they were remanded, others because they are still under investigation. As of June 4 out of the 423 who were remanded, 358 were Muslims.

However, having received a high number of complaints relating to the arbitrary and illegal arrests the Human Rights Commission of Sri Lanka (HRCSL) this week took steps to call on the Acting Police Chief to ensure due processes are followed to prevent arbitrary or illegal arrests.

“Arrests should not be made merely on hearsay,” the HRCSL told the Acting IGP in its letter adding that some arrests had been made due to cultural misunderstandings or uncertainty and others due to suspicions expressed by members of the public.

Chairperson of the HRCSL Deepika Udugama also noted that in most instances, the Commission observes that police investigations are conducted after the arrest.

It also suggested that where cultural issues are involved, such as the identification of religious symbols or identifying contents written in an alien language, proper expert opinion should be obtained. Even more importantly hrcsl instructed the Police to ensure that arrests are made not before, but after receiving credible information based on expert analysis and opinion, and on reasonable suspicion.

Speaking to the Sunday Observer Police Spokesman SP Ruwan Gunasekara confirmed that the Police Headquarters have also received a number of complaints pertaining to illegal and arbitrary arrests. “We have received some complaints apart from those received by the HRCSL,” he said. Following the letter sent out by the HRCSL to Acting IGP Chandana Wickramaratne, Gunasekara said the proposed guidelines will immediately be sent to Police Stations across the island as instructed by the Commission.

The arbitrary and illegal arrests targeting the minority group, however, has been the most problematic having far-reaching consequences as a result. While the country’s Army Chief has also been critical of the arbitrary and illegal arrests, the Army has been concerned about the impact it may have on weeding out the real extremist elements from society. With the possibility of arrests on trumped-up charges and finding themselves behind bars, Military Spokesman Brigadier Sumith Atapattu said members of the public from the Muslim community may not be forthcoming with information as a result. “They will perhaps be scared to step up now,” he said.

According to activist Shreen Saroor, such police abuses have long been prevalent in Sri Lanka but have remained unaddressed. “It is not just after these attacks” she pointed out.

“Everyone is living in fear”

While these abuses have recently surged, and the victims appear to be overwhelmingly Muslim. Saroor says these issues have affected the Muslim community negatively. “Everyone is living in fear,” she said. According to her while the community was being forced to live in the margins of society for various reasons, the recent arbitrary arrest and treatment meted out to Muslims are threatening to oust them completely from Sri Lankan Society.

“Having two Qurans or more in the house may lead one to be arrested so people are now getting rid of any extra but innocent religious material,” she said.

But Saroor worries the most about are the youngsters arbitrarily arrested such as Muwath. “The 21-year-old in the chlorine case, for example – what must he feel?” she questions. According to her youngsters who feel they have been unfairly treated and wronged would next become targets of terrorist and extremist elements. “Is this what we want?” she asks.

As for Muwath, he is now back in Kekirawa. He hardly leaves his house. Despite living in a Muslim majority village he feels his relations and neighbours now look at him differently. “So how is the treatment inside?” neighbours would ask jokingly when they meet him on the road. “Allah and I know I did no wrong but how can I explain it to these people?” he said.