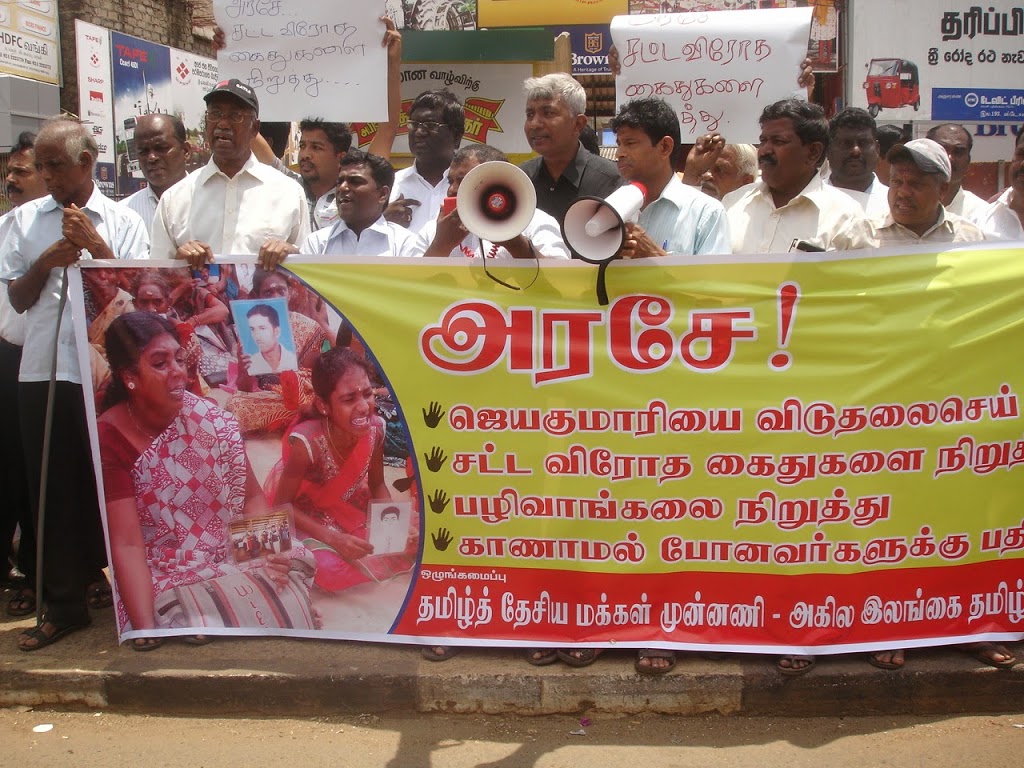 Police said today that 60 people including 10 women had been arrested and detained by the Terrorist Investigations Division (TID) during the past two months for allegedly supporting subversive activities in violation of the Prevention of Terrorism Act (PTA).  Police spokesman Ajith Rohana said they were arrested amidts reports of a reemergence of the LTTE. Most of the arrests have been done after a policeman was shot in Kilinochchi by K.P. Selvanayagam also known as ‘Gobi’ a former LTTE operative who escaped after the shooting.
“They were arrested for being involved in LTTE propaganda, transferring money and accepting foreign donations and taking steps to create a rift among the main nationalities,” he said.
They were arrested during raids carried out in Kilinochchi, Vavuniya, Mannar, Mullaitivu, Jaffna and Colombo.
“We arrested 65 but we did not have evidence against five of them; they were subsequently released by the investigators. The others are being held at detention centres,” he said.
“We have detained them at detention centres gazetted by the Ministry of Defence. We have given them the required facilities and the Red Cross can anytime check or inspect them,” he added.
SSP Rohana also rejected allegations levelled against the police of not providing proper facilities for the detainees and a report that a woman held at the Boosa Detention Centre had to undergo an abortion. (Supun Dias)