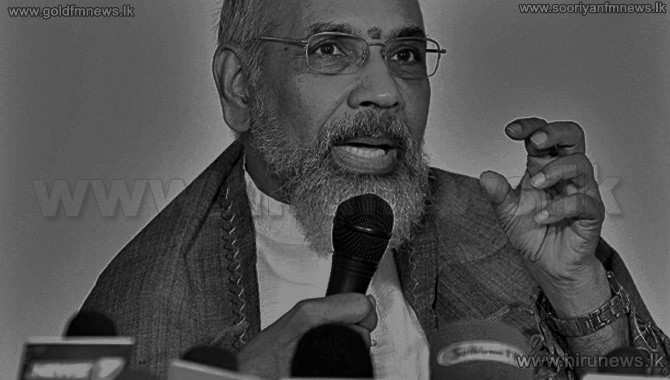 On September 21, 2013, tens of thousands of Tamils living in Sri Lanka’s heavily-militarised North decisively voted in the long-delayed provincial elections. They had waited for two and a half decades to make their voices heard and elect their own government.

Despite the promise of development and election handouts from then President Mahinda Rajapaksa, they gave the Tamil National Alliance (TNA) a massive mandate, with C.V. Wigneswaran becoming the Chief Minister.

It is three years since the Northern Provincial Council (NPC) came to power and it has been an abysmal failure. The NPC is yet to put forward a vision for economic development and has hardly legislated the statutes needed to move the wheels of its administration.

It has merely been a talk shop with resolutions and statements. Its notorious genocide resolution a month after regime change in Colombo last year, apparently passed to mobilise international actors, in effect polarised the country and undermined the new political space for reconciliation. The sad reality is that the NPC has lost its credibility with the local population.

The defeat of the Rajapaksa regime opened the space for public discussions and even widespread protests in the militarised North, but democratisation with progressive social engagement and meaningful political representation are not in sight. Even as polarising Tamil nationalist mobilisations dominate regional politics, the economic travails of the dispossessed people continue.

In Colombo, the TNA voted with the Sirisena-Wickremesinghe government on the 2016 Budget. However, very little has been delivered to the war-torn regions, other than the meagre allocation of SLR14 billion (Rs.6.5 billion) to the Resettlement Ministry, a mere 0.5 per cent of total budget expenditure. A donor conference to be held in Tokyo in June this year for reconstruction of the North and East was quietly cancelled without comment.

A Cabinet decision a year ago to build 65,000 houses in the North and East was manoeuvred by the government to purchase prefabricated steel houses worth $1 billion from ArcelorMittal, a multinational company. The project is on hold following concerns about the motives of the decision-makers when locally preferred cement houses would have cost half as much while boosting northern industries and local labour.

The North presents a veneer of development, with shiny-black roads, supermarkets and financial institutions stacked in every town. But the reality is that if one travels a few hundred metres into the by-lanes, deprivation and poverty are all too visible. There are increasing reports of suicide linked to heavy indebtedness, and of women caught in a web of exploitative microfinance schemes.

These desperate conditions are linked to falling incomes and crippling livelihoods, particularly in the predominantly agriculture and fisheries sectors. In the war-torn regions, household incomes are by far the lowest in the country. In Mullaitivu district, which was razed to the ground in the last phase of the war, median per capita income is SLR4,683 (Rs.2,157) per month with half the district’s population living on less than $1 per day, according to the Household Income and Expenditure Survey 2012/2013. District-level data indicate 15 per cent unemployment in Jaffna, with close to 90 per cent of them comprising youth between the age of 16 and 36.

The political and societal malaise

The economic crisis in the North is linked to the political malaise in the country; the political vision for substantive reconstruction is missing. Extreme Tamil nationalism and Sinhala Buddhist nationalism have the common goal of rejecting a political solution; one for its separatist goal and the other for its majoritarian agenda. After decades of engaging a polarised polity, neither Prime Minister Ranil Wickremesinghe’s United National Party nor the faction of President Maithripala Sirisena’s Sri Lanka Freedom Party seem to have the courage and imagination to provide the direction to substantively address the national question.

“The politics of the Federal Party led by R. Sampanthan and, for that matter, the more extremist Tamil nationalism promoted recently by Chief Minister Wigneswaran, along with his coterie of losers from the last parliamentary elections,are unable to address the fascist legacy of the Liberation Tigers of Tamil Eelam (LTTE). Lack of critical reflection about the armed struggle and the LTTE’s suicidal politics is perhaps the single biggest impediment to rejuvenating Tamil politics. Indeed, rebuilding relations with the Muslim minority would require addressing the brutal attacks against them and their eviction from the North by the LTTE in the 1990s. TNA parliamentarian M. A. Sumanthiran has been a notable exception in critiquing the LTTE and recognising Muslims’ grievances, only to be unfairly attacked by the Tamil media and nationalist diaspora groups.

Contributing to the malaise is the taboo of discussing caste relations that are reconsolidating in the North after the war. In Jaffna district, for example, about 10 per cent of households do not even own the small plots of land necessary to qualify for post-war housing grants, and the bulk of them belong to oppressed caste communities.

The government-initiated Public Representations Committee on Constitutional Reform created a glimmer of hope with submissions from broad sections of society. However, its report in May 2016 seems to be all but forgotten with the ongoing constitution-making process limited to a few parliamentarians and “experts” in Colombo. It has also become an exercise in political management in response to the Rajapaksa camp’s chauvinist majoritarian push.

A constitution drafted under such a shroud of fear is bound to fail as it does not challenge the very forces that have resulted in the need for a new constitution. And the liberals in Colombo are twisting their tongues to justify a unitary structure of the state, which inevitably centralises power in Colombo to the detriment of meaningful devolution of power.

Given the devastation and a generation lost to the war,another insurrection in the north is highly improbable. However, the failure to address local grievances coupled with the manipulation of centralised state structures, may lead to violence and riots in pockets, and aggravate the continuing ethnic polarisation.

Almost two years after the inspiring democratic change of regime, Sri Lanka has descended to politics as usual. The need of the hour is a movement for social justice combining calls to address the grievances of minorities with demands for decent economic life for the citizenry at large. It is such inter-ethnic movements that can also address the social and economic travails of the war-torn people.