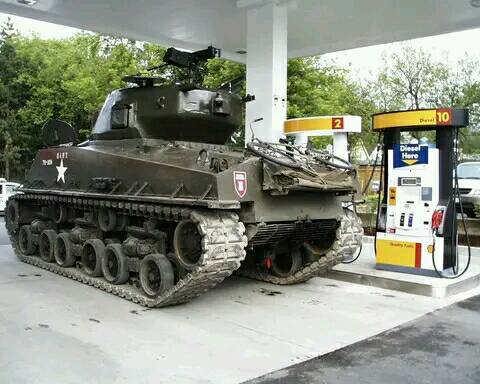 Image: Government one of the answer to current crisis is militarisation of civilian life.

The long-awaited 22nd Amendment to the Constitution Bill (22A) of the Gotabaya-Wickremesinghe government (or, should we say, the SLPP Government in which UNPer Ranil Wickremesinghe is Prime Minister?) was published in the Gazette on 29 June 2022. This means it could be placed on the Order Paper of Parliament seven days after that. Citizens and citizens’ organisations would be able to challenge the Bill in the Supreme Court within seven days of the Bill being so placed. As this is a constitutional amendment requiring a two-thirds majority in Parliament, the only question that can be raised before the Court is whether the People must approve it at a Referendum.

President Gotabaya Rajapaksa has just finished the first half of his term. The 20th Amendment to the Constitution (20A) that he and the SLPP said was essential to develop the country by strengthening the Presidency is just 20 months old. What happened under his watch need not be recounted.

The attack on the Aragalaya by SLPP goons, obviously with the blessings of highly placed leaders, led to the resignation of Premier Mahinda Rajapaksa. The President, with all his powers, could neither stop the attacks nor the violence that ensued all over the country. It was then that the beleaguered President offered to go back to the 19th Amendment to the Constitution and even hinted that he was amenable to the Parliament deciding to abolish the Presidential form of government, two of the main demands of the Aragalaya and also of the majority of the people.

A survey conducted by the Centre for Policy Alternatives (CPA) in April 2022 revealed that 74% of the respondents wished for the complete abolition of the Executive Presidency compared to 50.3% in October-November 2021. The results of the “Mood of the Nation” poll conducted by Verité Research show that the Government’s approval rating for June 2022 is a mere 3%.

The SLPP and President Gotabaya then pulled a masterstroke by inviting the UNP’s lone MP, Ranil Wickremesinghe, to be Prime Minister. This was a setback to the Aragalaya, with many of its upper and middle-class supporters thinking that Wickremesinghe had a magic wand to cure the country of the economic ills caused by the Rajapaksas. Such hopes are receding fast, but the country is yet to see the Aragalaya picking up again, although that will be only a matter of time.

That the Government is making good use of the sense of hopelessness amongst the people is clear from the contents of 22A. It is nowhere near what was promised.

President’s powers regarding PM and Ministers and dissolution of Parliament

Under 19A, the removal of the Prime Minister was a matter solely for Parliament. The Cabinet of Ministers stands dissolved if Parliament passes a vote of no-confidence on the Government or the statement of government policy or the Budget is defeated — Article 48 (2).

One recalls the occasion such a thing happened under 19A. Although Mahinda Rajapakse was appointed to replace Wickremesinghe who was unconstitutionally dismissed, Speaker Karu Jayasuriya recognised Rajapakse as Prime Minister as there was no court order to the contrary. Rajapakse was given the Prime Minister’s seat in Parliament and was referred to by the Speaker as “Hon. Prime Minister”. Immediately after a vote of no-confidence against the Government was passed, the Speaker referred to Rajapakse as “Hon. Member Mahinda Rajapaksa”. Rajapakse did know what hit him and was visibly upset.

The provisions of Article 48 (2) have been retained under 20A as Article 49 (2) with identical wording, and 22A does not seek to make any change thereto. When the Constitution is so clear as to how the Prime Minister can be dismissed along with the other Ministers by Parliament, why allow the President to dismiss a Prime Minister at all? That a new Prime Minister appointed to replace the one that has been removed by the President can be defeated on the floor of the House or that the removal can be challenged in the Supreme Court is no answer. Why open the doors to manipulation in the meanwhile? The country saw the horse-trading that followed the removal of Premier Wickremesinghe. Some MPs were one day with Sirisena and Rajapaksa and the next day with Wickremesinghe.

The number of times a particular MP crossed sides defied counting. Empowering the President to remove the Prime Minister while Article 49 (2) is retained is arbitrary and violates the fundamental right to equality and equal protection guaranteed by Article 12 (1) of the Constitution. It also undermines Parliament and thus the sovereignty of the People guaranteed by Article 3. The writer submits that this would require approval at a Referendum.

Under 19A, the Speaker, Prime Minister and Leader of the Opposition were ex officio members of the Constitutional Council (CC), while the President would nominate one MP. Five persons were nominated jointly by the Prime Minister and the Leader of the Opposition, two of them being MPs. In making such nominations, they were required to consult the leaders of political parties and independent groups represented in Parliament to ensure that the CC reflects the pluralistic character of Sri Lankan society, including professional and social diversity. One MP was nominated by the MPs belonging to parties other than those to which the Prime Minister and the Leader of the Opposition belonged. The three persons from outside Parliament shall be persons of eminence and integrity who have distinguished themselves in public or professional life and who are not members of any political party. Parliament shall approve their nomination. In practice, such approval was a mere formality as they were nominated jointly and after a consultative process.

Several issues arise. If the Speaker is partisan (and there have been several such Speakers), the Government could ensure that all three CC members from outside are their own nominees. The Government, by virtue of its majority, would have no difficulty getting Parliamentary approval. The smaller parties would have no say in the nomination of these three persons. Thus, in the current Parliament, parties such as the TNA, NPP, EPDP, TNPF etc., who together account for twenty-five MPs, would not be consulted.

22A says that in nominating the two MPs and the three persons from outside Parliament, the Members of Parliament shall ensure that the CC reflects the pluralist character of Sri Lankan society. This would be most difficult as they would be nominated by separate processes. Under 19A, on the other hand, that was ensured as the nomination was jointly by the Prime Minister and the Leader of the Opposition after consulting the leaders of all parties in Parliament.

The 1978 Constitution originally provided for a Bill to be published in the Gazette seven days before it is placed on the Order Paper and for a challenge to the Bill to be made in the Supreme Court within one week from there. 19A extended the minimum period for publication to fourteen days. 20A reverted the period to seven days. 22A makes no change but seeks to increase the period for a challenge to fourteen days. This is salutary.

A damper on a consensus government

If 22A becomes law in its present form, no opposition party or even MPs who have opted to be independent would be inclined to join the government because of the powers that the President would continue to have during the term of this Parliament.

22A proposes that the current President would retain the powers mentioned above during the term of the present Parliament and not during his entire term. This gives us an indication of the President’s current plan. Clearly, he has no intention of calling a general election during his term of office. If he had, 22A would have provided that the said powers would be retained for the complete duration of his period. It also shows that the SLPP knows it will be defeated if a general election is held ahead of time.