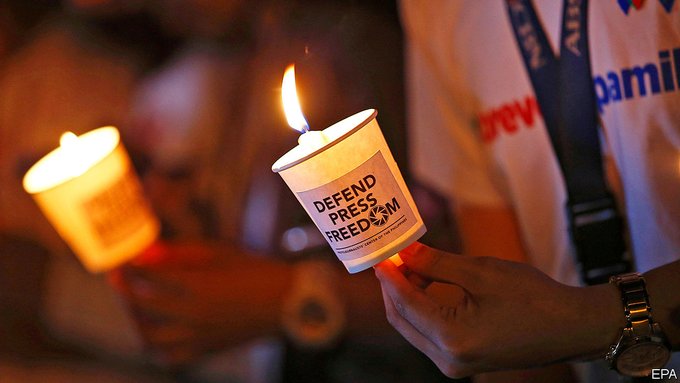 Professional media industry bodies have raised concerns over certain clauses of the 20th Amendment to the Constitution, saying it would have a detrimental impact on freedom of speech, expression and information in Sri Lanka.

The text of the statement follows:

We, the undersigned professional media industry bodies and organisations express deep concern in regard to certain clauses of the proposed 20th Amendment to the Constitution which, in our opinion, will result in detrimental impact on freedoms of speech, expression and information in
Sri Lanka.

While acknowledging the continuation of the constitutional Right to Information (RTI) in Article 14A, it is necessary to emphasise that the core of the RTI regime in Sri Lanka is the Right to Information Act, No 12 of 2016 establishing an independent Right to Information Commission and putting enforceable procedures into place in Public Authorities for the exercise of that right. Journalists and citizens alike have enthusiastically used the RTI Act since 2017, making Sri Lanka a global role model of best practice. As such, we are confident that the Government will take all steps to secure and further strengthen the country’s RTI regime.

However, we are perturbed regarding the draft 20th Amendment’s proposal, in clause 20 (3)(b), to repeal and substitute Article 104B (5) (b) by making it a mandatory duty to compel a ‘proprietor or publisher’ of a private newspaper or broadcasting or telecasting operator, in the same manner as any state media organ, to comply with media guidelines issued by the Election Commission. This provision was previously applicable only to state media outlets.

While it must always be the duty of the private media, as well as the state media, to comply with such guidelines during the time of elections, imposing a constitutionally mandatory duty on private media in line with the state media violates the accepted principle that state media, being financed by the contribution of taxpayers to the public fund is liable to a higher duty of care. In any event, the duty therein in regard to broadcasters and telecasters by virtue of limited frequencies that are available, as frequently reminded by the Supreme Court, is of a different standard as compared to the print media. While it is the duty of the media, both state and private to comply with such guidelines during an election, imposing a constitutionally mandatory duty on private media violates the principles of free speech and expression otherwise guaranteed by the Constitution.

There is, however, a recognised higher duty of care on both the state media that is financed by contributions of taxpayers’ monies to the public fund and the private broadcasters and telecasters by virtue of limited frequencies that are available, as often reminded by the Supreme Court, to conform to the said guidelines issued by the Election Commission.

Given that the media is the fourth pillar of democracy and has a watchdog role to play in the democratic process of the country, especially during the times of elections where critical reporting and commentary are most needed, it is urged that Article 104B (5) (b), as it stands now, is retained and includes all state media, within the ambit of that Article.

Further, Clause 27 of the 20th Amendment proposes to amend Article 122 (1) (c) to the effect that, in the event that the Cabinet of Ministers is of the view that a Bill is urgent in the national interest, the Supreme Court is called upon to pass such a Bill within a period of 24 hours or for a longer period not exceeding three days as the President may specify. We are apprehensive that this short time period will reduce the time available during which an urgent Bill is made available to the public and subjected to potential legal challenge. Consequently this may lead to situations where citizens might not even know the contents of an urgent Bill before it is passed by Parliament.

Moreover, we are of the opinion that the 20th Amendment’s proposal to remove the Constitutional Council and substitute the same with a Parliamentary Council which lacks civil society representation, compromises the true spirit of appointing independent commissions, including the RTI Commission.

In addition to the above, we remain concerned regarding the removal of the Office of the Secretary to the President, the Office of the Secretary to the Prime Minister and companies in which the Government holds more than 50% of shares from the inspection of the Auditor General which to our mind, affects the transparency and accountability of the governance process and inhibits the ability of the media to report on the same.

We are anxiously aware that fundamental changes such as these have the potential to negatively impact Sri Lanka’s democratic and progressive institutions which have been preserved so far with great effort. Therefore, we urge the Government of Sri Lanka to reconsider the aforesaid clauses in the proposed 20th Amendment in order to safeguard constitutional values and rights of citizens.