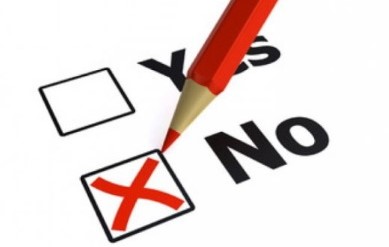 The Twentieth Amendment to the Constitution Bill (20A) is in the public domain. If I were to describe it in one sentence — 20A seeks to take the country backwards to the 2010-2015 period. The only features introduced by 19A that would survive if 20A is passed in its present form would be the five-year terms of the President and Parliament, the Presidential term-limit and the fundamental right to access of information (RTI.

Several summaries of 20A have been published and I do not intend providing another. Instead, I will highlight its adverse impact on democratic governance and its prejudicial effects on the sovereignty of the People and argue that 20A needs the approval of the People at a referendum.

Dr. Colvin R. De Silva described the system of government under the 1978 Constitution as a constitutional presidential dictatorship dressed in the raiment of a parliamentary democracy. With 18A, the executive presidency in Sri Lanka became one of the strongest and vilest, if not the strongest and vilest, presidential systems in the ‘democratic’ world. Now, 20A seeks to reverse the gains of 19A and take the country backwards.

19A has its shortcomings, mainly due to the decision taken by the Yahapalanaya government not to completely abolish the presidential system of government, the dilution of the draft that went to Cabinet due to pressure from parties within the Government (read Sirisena-led SLFP and JHU) and concessions made to the Opposition in return for its support to obtain the required two-thirds majority. The experiences under 19A clearly show the need to completely abolish the Presidential form of government and move towards a Parliamentary form, not to go backwards.

Mr. R. Premadasa, before he became President of course, likened the PM under the 1978 Constitution to a ‘peon’. Today, the PM, who is the MP who commands a majority in Parliament, has much more power, thanks to 19A. If 20A is passed, the PM will again be relegated to the status of a peon. The President can remove the PM at will. Ministers and Deputy Ministers will not be appointed on the recommendation of the PM. The President may consult the PM but is not obliged to. Ministers and Deputy Ministers may be removed without reference to the PM. It is the President who decides the subjects and functions of Ministers and changes them; the PM has no role whatsoever.

The Constitutional Council, re-introduced by 19A, provides for a national consensus on appointments to important positions, including the judiciary and the independent commissions. The Constitutional Council has representatives from both the Government and the Opposition, including a representative of the smaller parties. The President also has a representative. The Council also has three eminent persons who are not in politics and are nominated jointly by the PM and Leader of the Opposition after consulting leaders of political parties represented in Parliament. In appointing these three persons and another two MPs, the PM and Leader of the Opposition must ensure that the Constitutional Council reflects the pluralistic character of Sri Lankan society, including professional and social diversity.

Under 20A, the President would only ‘seek the observations’ of a Parliamentary Council, which consists of the Speaker, PM, Leader of the Opposition and two MPs. The leverage that the Constitutional Council had with important appointments would be completely gone. The President will be unfettered in making appointments to the judiciary, certain high posts and the independent commissions, compromising the independence of these institutions and positions and resulting in the loss of the people’s confidence in them.

Before 19A, the Attorney-General and the IGP were required to obtain extensions from the President upon reaching 58 years, thus compromising their independence. K.C. Kamalasabayson, one of the best and respected AGs Sri Lanka had, died a disappointed man after he was given only a three-month extension. 19A provided that the AG and IGP would retire at 60, so that they would not be at the mercy of the President. This provision would be negated by 20A. The belief in some quarters that the AG and IGP cannot not be removed under 19A is patently wrong. The Removal of Officers Act No. 5 of 2002 provides for their removal upon an address for removal being passed by Parliament after due inquiry.

The writer submits that the removal of the salutary provisions relating to the appointments referred to and the consequent adverse impact on the independence of the institutions and high positions impinges negatively on the sovereignty of the People and would therefore necessitate a referendum.

Article 3 is one of the Articles listed in Article 83. A Bill for the amendment or for the repeal and replacement of the provisions so listed, or which is inconsistent with any of them, requires approval at a referendum.

To ascertain whether sovereignty is adversely affected by 20A, it must be compared with the existing Constitution, not with the pre-19A Constitution or the original Constitution of 1978 which do not exist anymore. There is only one Constitution and that is the present Constitution.

By Dr. Jayampathy Wickramaratne is a former state minister and a President’s Counsel.