Sri Lanka 2020: The only glimmer of hope is in people power – Shreen Abdul Saroor 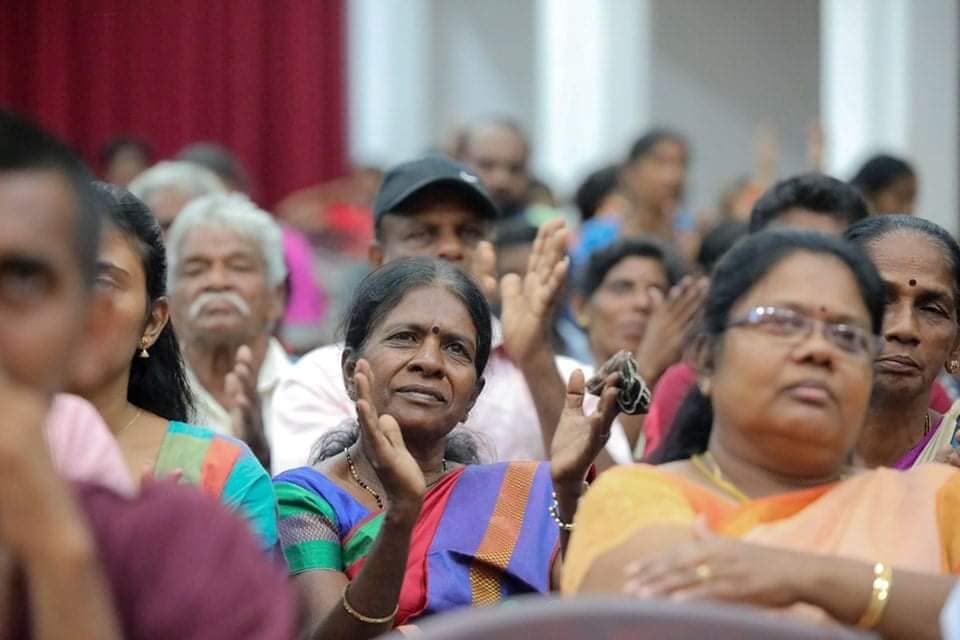 A tumultuous year has ended, and an uncertain future lies ahead.  Democratic space is already closing around us, and it is critical for civil society to be clear-eyed about where we have been and the challenges that lie ahead.

Nothing much happened after rescuing the country from a constitutional coup. The PM forgot why the masses protested and why MPs joined before the Supreme Court and the Court of Appeal to reinstate him. Meanwhile, Sirisena became a lame duck.  Ignoring warnings from international intelligence agencies, local officers, and the Muslim community (especially in Kathankuddy), over 260 Catholic and Christian worshipers, tourists and locals were murdered on Easter Sunday. As a direct result of their unforgivable lapse, Mr Sirisena and Mr Wickramasinghe have brought our country to its present abyss.

Everything changed after the Easter attacks. Overnight, the entire Muslim community was labelled terrorists, with every Muslim made to feel responsible for the Easter attacks.  We saw raids, insults, random arrests, and detentions simply because one believed in Islam or had a Muslim name. Vigilante mobs burned and raided Muslim villages, destroying homes, businesses, schools, and mosques. Refugees and asylum seekers were evicted and left with no place to go. Rumours targeted Muslim doctors and professionals, with one doctor arrested and accused of sterilizing Sinhala women—a charge his captors are still seeking to substantiate to justify his arrest. A group of unelected violent “monks” forced the mass resignation of Muslim Ministers, State and Deputy Ministers.

Muslim women suffered the most

As always, Muslim women suffered the most. Niqab-wearing women still have no access to public spaces. Since the Emergency Regulation ban and J.J. Rathnasiri (now secretary to the justice and human rights ministry) signed the government circular, these women have faced constant harassment and intimidation. Families detained for their supposed links to the banned terrorist group SLNTJ are housed in squalor, with surveillance and social ostracisation leaving women and children, particularly at risk.

After seeing Mr Sirisena abuse the Presidential pardon, women’s groups that opposed the death penalty are now compelled to challenge the possibility of rehabilitation for criminals convicted for grave offences. Pardoning Gnanasara, who was convicted for contempt of court, was not only an abuse of power but was a slap on the face of the judiciary.

The Easter attacks paved the way for Mr Gotabhaya Rajapaksa’s victory. Since then, civil society groups have been under constant surveillance.  There was quiet monitoring before, but it is now so visible, so blatant, so threatening. NGOs have been compelled to submit all kinds of information—not just the program, donor, and staff information requested in the past, but particulars of community-level activists and their immediate family members. With media outlets and social media carefully monitored for any signs of dissent, civil society and journalists have self-censored their words and actions.

Women’s activists who worked on projects to reconcile, counsel, memorialise and lobby the government to reform unequal laws or discriminatory practices are now stranded.  Those assisting families of the disappeared to approach the government-established Office of Missing Persons (OMP) face even more overt intimidation. A handful of brave women lawyers now fear for their family members’ safety. Some OMP commissioners wonder if they should quit or wait until they are forced out. The victim in the landmark military rape case has apparently gone into hiding despite her resilient nature in withstanding severe harassment and intimidation to have named the perpetrators probably in fear of further intimidation. Her appeal is before the Supreme Court.

A female staffer in the Swiss Embassy was abducted, held against her wishes and allegedly molested.  The government took her information and has since charged her with ‘bringing the government to disaffection’ and imprisoned her. Many shuddered, but few felt brave enough to speak. Her story sends a dark message:  if you are abducted and molested, keep quiet. If you speak about human rights violations, you are a liar and a traitor peddling a foreign conspiracy. “Be a patriot and support the country’s development. Do not talk about justice or accountability. Past is past” is now the survival mantra. Militant Buddhist monks and former Army men will be correcting us if we do not obey.  Already there are videos of supposed monks slapping and degrading Christian pastors for conducting prayers. This is our new reality.

With the situation deteriorating, it is disheartening to see the international community taking a break from transitional justice and reassessing the situation. Although the Swiss embassy staffer’s case is being pursued, foreign diplomats are heard to say that in a democracy, voters decide a country’s path. Indeed, Sri Lanka is not the only country dealing with Islamophobia in Asia. What started in Myanmar with making Rohingyas stateless has spread to similar anti-Muslim Hindutva efforts in India. Here, as there, majoritarian politics will trample minority rights.

On Muslim human rights, MP Athureliya Rathana is to bring (already gazetted) a private member Bill to abolish Muslim Marriage and Divorce Act.  This will force the hand of progressive Muslims, who have fought for years to reform the archaic Muslim Marriage and Divorce Act (MMDA) to respect the rights of Muslim women and girls.  These efforts were thwarted when Mr Wickramasinghe, our first female justice minister Thalatha Athukorala, Muslim MPs, and communal-minded and backwards-thinking Muslim men allied with ACJU split the recommendations made by Justice Saleem Marsoof’s committee. Now, to oppose Rathana’s racist Bill, all may have to join hands with the spoilers of reform—the ACJU and regressive Muslim politicians and individuals—to defend the very law that women have vehemently been opposing.

On transitional justice, 2020 will see a complete rollback of efforts to deal with the past.  The two transitional justice mechanisms in place—the OMP and Office of Reparations are stalling (with those who have engaged now at risk), while the remaining two mechanisms will never materialize. The President has already declared the U.N. Human Rights Council irrelevant, and his administration might table a resolution in the upcoming February 28th HRC session seeking to walk back prior commitments.

Domestically, we may lose our hard-won 19th Amendment to the Constitution. The TNA will pay the price, with Karuna, Pillaiyan, other extreme Tamil nationalists, standing to gain in upcoming elections. Similarly in Muslim politics, moderates will likely lose their leverage. In this climate, the April parliamentary elections are critical for women and minorities. If one party achieves a 2/3 majority with a weak showing by minority parties, that will only strengthen the power already concentrating in the Rajapaksa brothers’ hands. Before long, the military will be back in civil administration from running government offices to sweeping the parks and clearing drainage. The worst excesses of the Rajapaksa years, from corruption to silencing dissent, are likely to return.

The only glimmer of hope is in people power.  As walls close around us, mothers and wives of the disappeared in the north, east and south are resilient. On December 30, they held their usual month-end protests.  Sandhya Eknaligoda continues to appear in courtrooms to pursue her husband’s disappearance even as the chief investigator who has been investigating the disappearance has fled the country. She now heavily relies on the witnesses to testify at the trial to prove her husband’s abduction. It is too much to ask of ordinary people to put their lives, their children, and their staff at risk day in, day out.  But the persistence of those brave souls who continue to speak the truth and demand justice gives me hope that the struggle will continue, and the people will persevere.