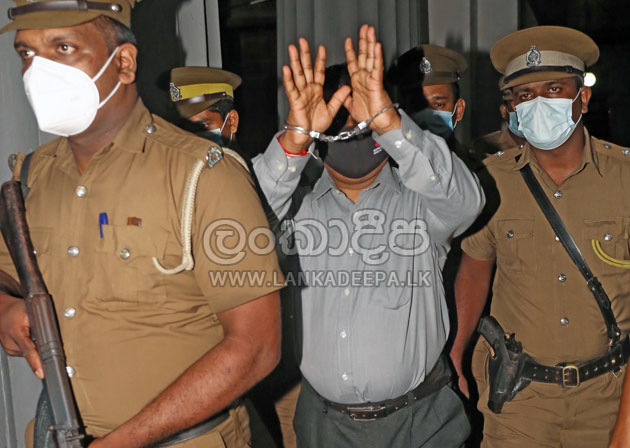 The Colombo High Court Trial-at-Bar today sentenced to death former Prisons Commissioner Emil Ranjan Lamahewa over the Welikada Prison riot in 2012 while also acquitting the first defendant in the case, former Inspector of Police (IP) Neomal Rangajeewa from all charges in the case.

A judge bench comprising Justices Gihan Kulatunga, Pradeep Hettiarachchi and Manjula Thilakaratne today (12) delivered the verdict in the case filed against the former Inspector of the Police Narcotics Bureau (PNB) and the former Prisons Commissioner over the Welikada Prison riot in 2012.

Twenty-seven inmates were killed while more than 20 others were injured in the clashes during the Welikada Prison riot on November 09, 2012, when prisoners took control of the populated prison objecting to an unannounced search by the Special Task Force to nab hidden arms, drugs and mobile phones at the prison.

A number of police officers including the then commanding officer of the Special Task Force had also sustained injuries in the incident while army troop were later called in to control the situation.

IP Rangajeewa was arrested by the CID on March 28, 2018 over the alleged killing of inmates at the prison during the clashes and Lamahewa, who was the then Prisons Superintendent in charge of the Magazine Prison and later the Prisons Commissioner (Rehabilitation), was arrested by CID at his official residence the following day. They were later released on bail.

The Attorney General’s Department on July 04, 2019 had filed the case against Rangajeewa and Lamahewa under 33 charges including the murder of 08 selected inmates who were taken to the industrial division of the prison premises, conspiracy to murder and unlawful assembly.

The trial had lasted for over 02 years while following the conclusion of the hearings, the High Court Trial-at-Bar was scheduled to deliver the verdict on January 06, 2022. However, the judge bench pronounced that it would be postpone delivering the verdict until today (12) as they could not arrange the verdict and required time to correct typographical errors.

Delivering the verdict, the Colombo High Court Trial-at-Bar ordered to acquit former IP Neomal Rangajeewa from all charges in the case while the other accused in the case, former Prisons Commissioner Emil Ranjan Lamahewa was sentenced to death.