“Some governments are blind, deaf and dumb. They are opposed to our celebrating this victory” – Rajapaksa 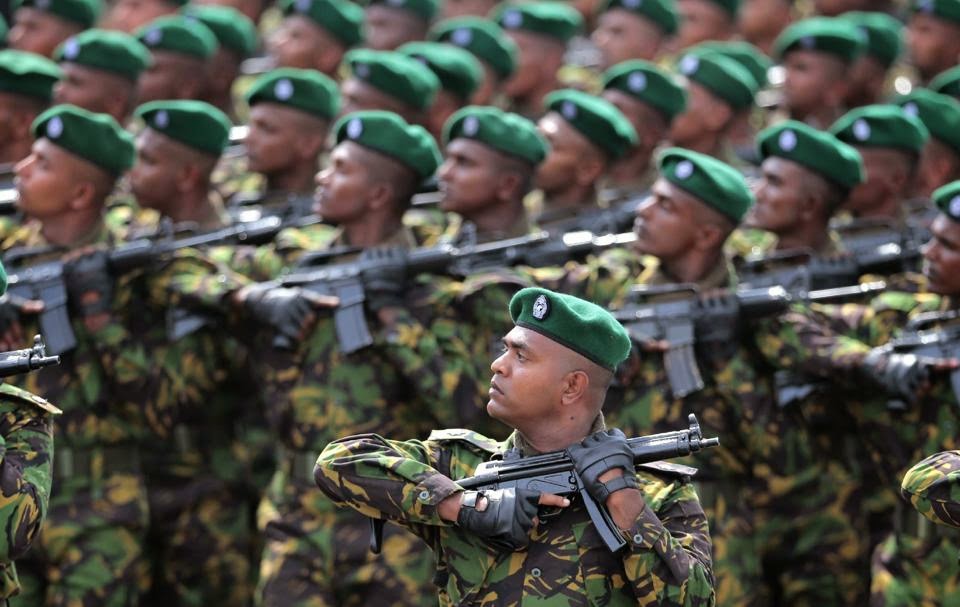 Sri Lanka marks end of war in victory parade
As the envoys of Western nations stayed away from the parade, a defiant Rajapakse insisted he would not bow to pressure from foreign critics who are pushing him to investigate claims that tens of thousands of people died in the final stages of the conflict.
“Some governments are blind, deaf and dumb. They are opposed to our celebrating this victory,” Rajapakse said in a televised speech from Matara, his birthplace in the Sinhalese heartland of the island’s south.
“We are not celebrating victory in a war, we are celebrating peace. Irrespective of who opposes this, or who stays away, we will always commemorate this day,” he added.
The 37-year conflict effectively ended on May 18, 2009, when troops killed the Tamil Tiger rebels’ supremo Velupillai Prabhakaran in a brutal assault on the northern town of Mullaittivu.
The UN has estimated that at least 100,000 people died in the entire conflict, about 40,000 of them in the final months of fighting.
Rajapakse however has denied any civilians were killed in the finale and is resisting calls for an international inquiry into claims that troops killed thousands of civilians who had been herded into no-fire zones.
His administration has also ordered a ban on all commemorations this weekend. Police on Friday broke up a remembrance service that was being held in council offices in the battle-scarred northern town of Jaffna.
Around 7,500 troops took part in Sunday’s parade which featured tanks, gunboats and military aircraft.
Canada, a strong critic of Sri Lanka’s war record, had announced its top envoy in Colombo would boycott Sunday’s parade while the top diplomats from other Western powers, including the United States and former colonial power Britain, were conspicuous by their absence.
Canadian High Commissioner (ambassador) Shelley Whiting said in a statement to a local newspaper Friday that the parade was inappropriate because the government should be concentrating on reconciliation.
“Five years after the end of the conflict, the time has arrived for Sri Lanka to move past wartime discourse and to start working seriously towards reconciliation,” she said.
Prabhakaran’s Tigers, who were notorious for their suicide bombings, had fought for a separate homeland for Tamils who account for around 10 percent of the island’s population.