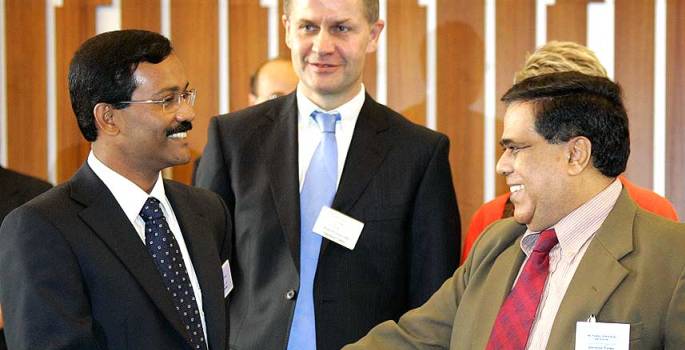 By Easwaran Rutnam –
Former Norwegian peace envoy, Erik Solheim, says he is ready to testify before the Government Commission of Inquiry tasked to investigate the war. Speaking to The Sunday Leader, Solheim said that he has nothing to hide and is willing to share whatever he knows with the Government Commission. Earlier, Solhiem had offered to testify before the UN led investigation which has already commenced investigations into the war.

Now that the domestic Commission on Mission Persons has been asked to investigate the war, Solheim says he will come forward and share information if required. “The information I may be able to provide is for sure also available to the domestic probe and the President-appointed international experts. I have nothing to hide,” he declared.

Solhiem played a key role in Sri Lanka during the war and had direct links with the LTTE and the Government as peace facilitator.

Despite the end of the Norwegian mediatory role in Sri Lanka, Solhiem continues to follow the Sri Lankan situation even after the war. Recently, Solhiem had met Tamil politicians in Paris during a Diaspora meeting.

President Mahinda Rajapaksa had recently expanded the mandate of the Presidential Commission on Mission Persons and had appointed three international experts to advice the Commission. In a Gazette notification, President’s Secretary, Lalith Weeratunga, said the President is of the opinion that the Commission of Inquiry should have the benefit of the advice of distinguished international experts, whose internationally recognized expertise and experience encompasses legal and other relevant dimensions of the matters covered in the mandate.

The Mission Persons Commission has now been tasked with investigating and reporting on the principal facts and circumstances that had led to the loss of civilian life during the internal armed conflict that ended on 19th May 2009, and whether any person, group or institution, directly or indirectly bears responsibility in this regard by reason of a violation or violations of international humanitarian law or international human rights law.
Sunday Leader