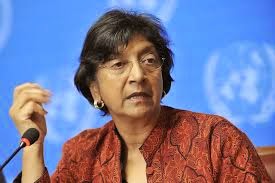 Sri Lanka Muslim Congress leader and Justice Minister Rauff Hakeem yesterday demanded that the government take punitive action against those who had been inciting violence against the Muslim community.
An irate Hakeem accused certain members of Buddhist extremist groups of causing chaos in the country. The Minister was participating in the debate on a motion submitted by nine government MPs against a UNHRC investigation into alleged human rights violations in Sri Lanka.

The minister said that the Muslim community needed a firm assurance from the government as regards security in the wake of the violence at Alutgama and Beruwela over the past few days.

The SLMC leader insisted that those responsible for recent attacks should be arrested. As Sri Lanka was a signatory to International Convention on Civil and Political Rights which made inflammatory speeches illegal and required prompt action to be taken against those who incited people to violence, the SLMC leader said.

Minister Hakeem said that he was both ‘disillusioned and despaired’ by recent events. The minister said the SLMC was yet to decide on its stand regarding the motion on the UN probe. He said that he had to agree with UNHRC Commissioner Navi Pillay’s assertion that religious intolerance in the country was increasing.
By Saman Indrajith
IS