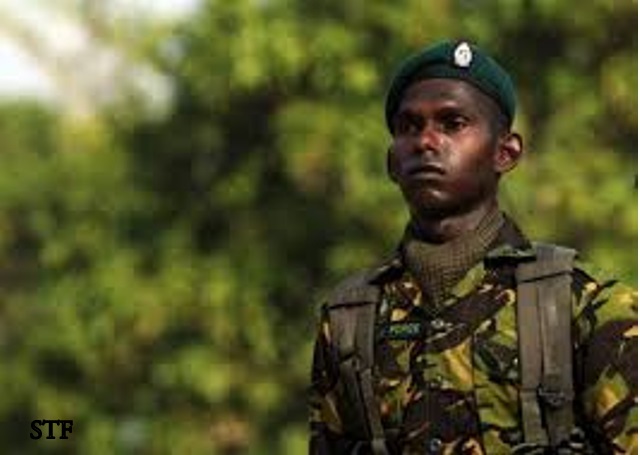 The so-called white vans and motorbikes without number plates operated by the SL military intelligence have been deployed to monitor the movement of Tamil councillors in the Northern Provincial Council (NPC) in recent days, complain several members of the NPC. A prominent councillor, Ms Ananthy Sasitharan, recently lodged a complaint with Vadduk-koaddai Police complaining that white van and motorbike squads were chasing her round the clock, monitoring all her movements. In the name of investigating the complaint, the police went ahead with engineering false evidence that there were no reports of white van or motorbike squads in the area where she resides, TNA sources told TamilNet. The SL Defence Ministry was behind the recent withdrawal of police protection that was provided to some of NPC members, according to NPC Chairman CVK Sivagnanam.

If the NPC had Police powers, it could have directed the police to provide security to councillors. But, it has to depend on Colombo to secure police protection to threatened NPC members, Mr Sivagnanam told media in Jaffna.

Following a written request to Deputy Inspector Generals of Police in Jaffna and Vavuniyaa by the NPC administration in April this year, the SL Police provided security personnel to three NPC Councillors, including Ms Ananthy Sasitharan, who were facing security threats.

The Tamil councillos complained about the sudden withdrawal of police protection in a sitting of the NPC.

Mr. C.V.K. Sivagnanam, the chairman of the NPC sent a letter to SL president Mahinda Rajapkasa on 06 June noting the withdrawal by the SL police citing SL Defence Ministry and urging to reinstall police protection to the Tamil councillors. The letter also requested police protection to other councillors who had reported harassments and threat in the meantime. But, there was no proper response. Only a confirmation letter was sent stating that the request was received by the secretariat of the SL President.

Just before the visit to the North and East by UN High Commissioner for Human Rights in 2013 August, the SL government announced an ‘eyewash’ measure stating that it separated the police from the Ministry of Defence under new ‘Ministry of Law’.

Knowing very well that there would be no practical change for Eezham Tamils by this announcement under the SL unitary system and knowing also that both the SL Ministry of Law and Ministry of Defence come under one minister, who is the president himself, foreign political and diplomatic representatives welcomed the move as a positive one at that time. But, there was no change in the practice.

The SL police operates as an extended arm of the SL military system and it also shields the SL military personnel even in the cases where the culprits of the SL Navy and Army were caught by the civilians and handed over to the police following brutal rape of Tamil children such as the one reported recently in Kaarai-nakar.

The notorious commando force, STF, which is a fully equipped military unit, comes also under the SL police. It was responsible for several massacres and genocidal crimes in the East, including the well-exposed Trinco-5 case.

After the genocidal onslaught in May 2009, Colombo has been stepping up the deployment of the notorious STF commandos in all the districts in the Northern and Eastern provinces.

Corporate Watch, a non-profit research group in UK, has in recent times exposed the training provided to more than 3,500 Sri Lankan ‘policemen’ including the STF commandos including senior commanders. The British assistance was being provided while the STF was directly engaged in acts of genocide in the East as well as in Vanni. Phill Miller of Corporate Watch has brought out an extensive report on Britain’s historical support provided to the SL Police system.