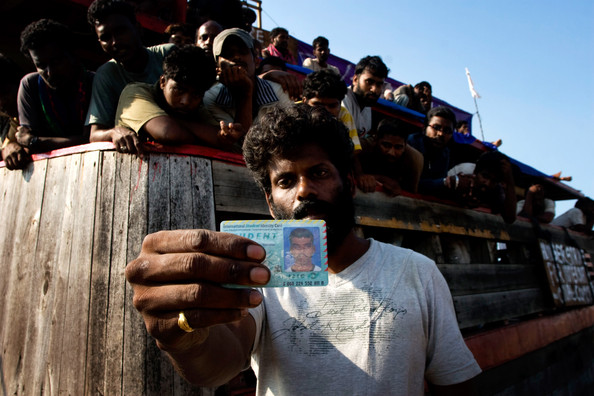 There were 8,521 fresh asylum applications from Sri Lanka last year, said the ‘UNHCR Eligibility Guidelines for Assessing the International Protection Needs of Asylum-Seekers from Sri Lanka’ report released on December 21.

This number is only slightly lower than in 2010, when Sri Lankans represented the 10th largest source country of asylum-seekers in the same 44 industrialised countries. That year, there were 8,874 new applications from Sri Lanka—only 353 more than in 2011.

The report also cited UNHCR’s Global Statistics was indicating that, at the end of last year, there were 136,605 refugees from Sri Lanka in some 65 countries. The majority of them were in India, followed by France, Canada, Germany, the United Kingdom, Switzerland, Australia, Malaysia, the United States and Italy.

It quoted Government records as saying that some 69,000 Sri Lanka refugees lived in India alone, distributed throughout 112 camps. A further 32,000 persons resided outside camps in the southern state of Tamil Nadu.

“Despite the end of hostilities in May 2009, Sri Lankans who seek asylum abroad continue to outnumber the Sri Lankan refugees who opt for voluntary repatriation,” the UNHCR held. “The number of Sri Lankans attempting to leave Sri Lanka in an irregular manner on boats is reported to have increased significantly since the start of 2012.”

The UNHCR says it is difficult to ascertain the exact reasons for these attempts to depart. It observes that, “The motives are speculated to be mixed in nature.”

Meanwhile, 1,728 refugees returned to Sri Lanka from India through the facilitated voluntary repatriation programme. This scheme facilitated by the UNHCR, is supported by the Governments of India and Sri Lanka.

The report says this has declined compared with the previous year, when some 2,054 persons returned. Also, only “a handful of refugees” returned voluntarily with UNHCR assistance, from other countries of asylum—specifically Malaysia, Georgia and St. Lucia..

“The interest of Sri Lankan refugees in voluntarily repatriating continued to decline in 2012, with fewer than 1,300 individuals returning to the country through the UNHCR’s facilitated return programme from January to mid December 2012,” the report reveals. “As in prior years, most refugee returnees came from India, but a small number returned from Malaysia, Hong Kong and Cambodia.”

“In addition, the number of spontaneous refugee returnees who approached the UNHCR in field locations, has reduced by half, compared with 2011,” it says. Vavuniya is the district with the highest number of refugee returns, followed by Trincomalee.

All returnees under the UNHCR facilitated voluntary repatriation programme, undergo a questioning session by Immigration Officials for one to two hours upon arrival, followed by security interviews by the State Intelligence Service (SIS), which can take from 30 minutes to five hours.

“The UNHCR is not permitted to remain in the interview room during this process, but waits for the returnees outside the room,” the report says. But it adds that, returnees have been allowed to proceed to their destinations after the interviews.

“The UNHCR post-return monitoring data indicates that, in 2011, upon arrival in the village of destination, 75% of the refugee returnees were contacted at their homes by either a military (38%) or police (43%) officer for further “registration”,” it notes. “Twenty-six percent of these returnees were again visited at home for subsequent interviews, with a handful receiving a number of additional visits by the police or military.”
ST