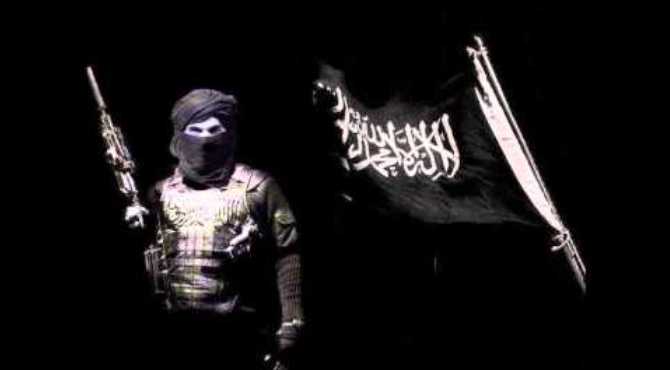 Six working jornilists in Sri Lanka has been named as Jihadist says  an article published in the Nation newspaper, quoting an unnamed email.  The article says quoting the e mail,  that there are three groups belongs to ‘anti Sinhala Buddhist’ writers:  ” One is the traditionally anti-Sinhala and anti-Buddhist lobby, led by a diverse mixture of Marxists, neo-marxists, liberals, neo-liberals, Eelamists and Christian fundamentalists. The second group is the mercenaries, funded, aided and abated by the diversity of anti-Sinhala lobbies. The third is the group of Islamic extremists and their kith and kin who pose themselves as respectable journalists and writers”.

SLB  publishs below experts from the said article.

“A steady stream of articles is appearing in the local English medium, attacking demonizing and condemning the Sinhala people and more specifically the Sinhala-Buddhists as extremists, intolerable, genocidal and violent. It is seen by a perusal of these that the writers of these fall into three broad categories. One is the traditionally anti-Sinhala and anti-Buddhist lobby, led by a diverse mixture of Marxists, neo-marxists, liberals, neo-liberals, Eelamists and Christian fundamentalists. The second group is the mercenaries, funded, aided and abated by the diversity of anti-Sinhala lobbies. The third is the group of Islamic extremists and their kith and kin who pose themselves as respectable journalists and writers”.

The first is a female journalist attached to the Daily Mirror. “Her father is a reportedly member of the Islamic extremist Shura Council,” says the email. “A Shura Council is a body established in certain Muslim countries to advice and provide direction to the rulers to work in accordance with Islamic principles.
Sri Lanka is neither a Muslim country, nor does it have a Muslim ruler to have a Shura Council. However, it is established in  Sri Lanka and to whom it advices and what advise is given are well-guarded secrets.”

The second and third name is a female journalist, “working for the Daily Mirror, whose father was known for his work in international diplomacy. The other writes for Ceylon Today and is a nephew of Trade and Commerce Minister Rishard Bathiudeen.”I’m not sure whether you need to be Muslim to write critically about the Bodu Bala Sena. Everyone with half a brain is critical of the Bodu Bala Sena.

The email goes on to name more: one of whom is a member of the United Nations Youth Advisory Panel, and therefore, automatically guilty, because the sole purpose for the United Nation’s existence is to dominate and subjugate Sri Lanka and turn it into something with *shudder* more democracy. The other writes on women’s rights and publishes articles with titles like “Court Reprimands Police” or “Pusswedilla In Or Out?” and “Fonterra maintains that all their products are free of DCD” and “Bribery and Corruption Rampant in Governing Bodies.”

Yet another is a lawyer “appearing on behalf of the child who has filed a fundamental rights case in the Supreme Courts against the principal of Nawala Ananda College for his refusal to allow her to wear a burqa to school. This amply demonstrates where his allegiances lie.”Of course, being a domain expert is wrong. It’s a damnable crime. This is analogous to the case of former Provincial Councilor to United National Party (UNP) Maithri Gunarathna, a Buddhist lawyer who appeared on behalf of the victims in a case filed against the Bodu Bala Sena. Clearly they should have switched places.

What do all these journalists have in common? They’re Muslim. And, by and large, they don’t write press releases for the Government, or “Next Door dog distressing US man in Jaffna” or duels between dancers at night clubs, or “Six ships at H’tota for refueling” (slow clap). They also possess the miraculous ability to string a coherent story together without having to separately identify each party involved as either Marxists, neo-marxists, liberals, neo-liberals, Eelamists and Christian fundamentalists.

But let’s skip to the end of the email, where this appears: “However, these journalists are the exception to this rule. Not only are they hiding uncomfortable truths and uttering lies, they even go to the length of taking upon the role of Kangaroo Court judges, passing judgment on Sinhala people, Buddhists and the organizations that represent the Sinhalese and Buddhists and their leaders. The methodology adopted by these people is to let only the things they desire of to go to the people, repeat it often so that it becomes a truth (reinforcement through repetition is the notorious propaganda method employed by Nazi Media minister Joseph Gobbels very successfully…”

What a brilliant, beautiful explanation of both the government’s and the BBS’s media strategy! Kangaroo courts (except run by a select group of imposter-monks rather than journalists): reinforcement through repetition. Notice how the writer condemns without providing example. Indeed, what organizations do represent the Sinhalese and Buddhists and their leaders? Surely not the BBS, whose policies are closer to the Spanish Inquisition or the early Christian Crusades than they are to actual Buddhism. Surely not they who heap hate speech when the very Constitution of Sri Lanka actually forbid it and espouses true freedom of religion.

If any of these six (or other journalists) are reading this, let me share something the great Aristotle once said: “To avoid criticism say nothing, do nothing, be nothing.”You’ll be criticized as long as you say and do. Whatever you do. You know this already. It’s still better than being nothing. At least you, unlike the author of said email, have the truth on your side and courage of your convictions.Note: names have been expunged upon request from those named.

The Jihadi journalists of Sri Lanka    By  Yudhanjaya Wijeratne