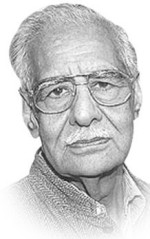 Sri Lanka and India, although separated only by a channel, have never gotten along well. It is like the UK and France being at war with each other, centuries ago. Both Colombo and New Delhi are really distant neighbours. Their mistrust is so deep that one attributes all types of motives to the other. Yet, all their enmity is not over territory or policies but on the discriminatory treatment meted out to Tamils living in Sri Lanka.


Over the years, Colombo has given New Delhi the impression that Sri Lanka is working out an arrangement whereby the Tamils would enjoy autonomy within the country. This hope got a fillip when the Liberation Tigers of Tamil Eelam (LTTE) was eliminated lock, stock, and barrel in a war which lasted for decades, and ended four years ago. But President Mahinda Rajapaksa dashed all hopes, during the Independence Day address last month, when he ruled out any kind of political autonomy to the Tamils who are concentrated in the north-eastern province.

To New Delhi, President Rajapaksa’s statement has come as a rude shock but it still believes that he would ultimately fulfil his assurance of remaining fully committed to facilitating the Thirteenth Amendment and solving the ethnic issue. In the Thirteenth Amendment to the Sri Lankan Constitution of 1978, introduced in the aftermath of the India-Sri Lanka Accord of 1987, there is a provision to provide regional autonomy to the country’s tightly-held unitary system of governance.

It is regarded as an acknowledgement of the political aspirations of the Tamils.

The rejection of autonomous status is endorsed by the all-powerful Defence Minister Gotabhaya Rajapaksa, the president’s brother. He has gone further and has called for a repeal of the Thirteenth Amendment, clarifying the government’s true intent as far as the Tamils’ aspirations were concerned. The government has already undone the merger of the northern and eastern provinces and has twice held elections in the eastern province, installing a government of its choice there. President Rajapaksa has said that it was not practical for Sri Lanka to have “different administrations based on ethnicity. The solution is to live together in this country with equal rights for all communities.” Obviously, nothing special for the Tamils was ever in his reckoning. But by finally being honest about his policy, Rajapaksa has merely reaffirmed the majority Sinhalese community’s aversion to the Thirteenth Amendment, historically looked upon in Sri Lanka as an Indian diktat

Following the accord, a Tamil-dominated provincial government was set up in the north but it was never allowed to function normally even by the LTTE and its various militant Tamil opponent groups. The premature death of the provincial government was ensured by the fierce war between the Indian Peace Keeping Force and the LTTE that ended with the departure of the former in the mid-1990 and the resumption of the war with the Sri Lankan armed forces.

The Rajapaksa government may delude itself by scrapping the Thirteenth Amendment and thinking that once and for all, Colombo has ended the question of the Tamils’ autonomy. This is a wrong inference. Tamils and the intellectual community are waiting for the promise made to be implemented. The Sinhalese people have no other option. They will have to satisfy the aspirations of the Tamils sooner or later.

Allegations that neither the Sri Lankan Army nor the LTTE was paying any attention to the horrendous sufferings of civilians intensified with further intelligence that at least 40,000 civilians had been deliberately shelled by the army, caught as they were in the so-called no-fire zones (NFZs) declared at that time.

Somewhat to the surprise of the international community, the Army Court of Inquiry stuck to the already discredited claims of the military campaign having been a ‘humanitarian operation’ with its objective having been zero civilian casualties. The commanders, the court claimed, at all times “obeyed … directives from the higher headquarters with regard to NFZs and even when the LTTE had fired from NFZs, commanders refrained from firing at them”.

If this was factually correct, then why is President Rajapaksa opposed to an international probe? Even the UN-appointed committee was not given a visa to visit Colombo. New Delhi is still waiting for Colombo to tell the truth and face it.

Kuldip Nayar is a syndicated columnist and a former member of India’s Rajya Sabha
COURTESY: The Express Tribune./DBS