Si Lanka: Two coalitions of the evil of the corrupt and of the autocrats- Jayadeva Uyangoda 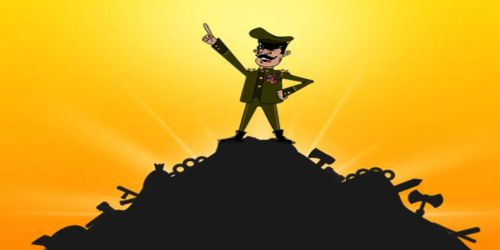 Among politically significant developments to have occurred during the past week or so, three stand out. They, not necessarily in the order of their importance, are: (a) Revelations made by MP Dayasiri Jayasekera about business donations to election funds of politicians, (b) the proposed 20th Amendment to the Constitution, and (c) Gotabaya Rajapaksa’s launching of his 2019-2020 election campaign. This essay examines only the first.

Dayasiri Jayasekara is the first MP who has openly admitted to accepting Rs. 1 million as donation from a company linked to Arjun Aloysius who is alleged to have masterminded the massive Central Bank bond scam in 2015. According to media reports, there are altogether 118 MPs, representing both, the ruling coalition and the opposition, who are alleged to have shared a total donation of Rs. 1.8 billion from the Aloysius fund. MP Jayasekera has challenged the other 117 colleagues to come out and admit it in public. Only Sarath Fonseka, Minister of Wildlife, has so far responded to Jayasekara’s call, which many of his MP colleagues are very likely to ignore.

In terms of the volume of cash involved, the Aloysius-Jayasekera transaction is a relatively small donation. But, that does not make the episode any less dramatic.

In a press conference, MP Jayasekara, himself a lawyer, has made some astonishing admissions that are great quotations for any political science student of elections and campaign funding. He said, the amount he received, — a mere Rs. 1 million – was such an insignificant share of the total amount of donations that businessmen make during election campaigns that it was ‘like a coconut husk in the ocean.” Aloysius, according to Jayasekera, has distributed Rs. 1. 8 billion among 118 MPs of the ruling coalition as well as the opposition. He also protested: “Why single me out? 118 MPs have done it.” He also revealed: “Many businessmen do it. Aloysius is not an exception.”

In a sense, MP Jayasekara’s admissions are no new revelations at all. As citizens, we all know that there is a close symbiotic relationship between politicians and businessmen. Political scientists call it ‘business-politics nexus.’ It is also part of our citizens’ background knowledge about how practices of democratic political competitions are sustained by means that are not necessarily ethical. What is new in Jayasekera’s revelations is that a politician has (a) voluntarily admitted to the existence of this business-politician nexus, and, (b) justified it as a legitimate transaction perfectly normal during election times.

Further reflecting on Jayasekara’s admissions, we can dwell on a few other aspects of the phenomenon of business-politics alliance. It is part of an elaborate system of patron-client dependency between politicians at all levels and business people at all levels. Even at Pradeshiya Sabha elections, village-level politicians would raise campaign funds from local businessmen. The latter’s generosity is often reciprocated with contracts and other moneymaking opportunities available at the Local Government institutions. Sitting and would-be MPs, Chief Ministers, Ministers, Prime Ministers and Presidents have much bigger roles to play to keep their political machines well-oiled by means of securing and reciprocating private donations of truly massive proportions.

This is really the dark, if not the darkest, side of democratic politics. We citizens can only pray that the other 117 MPs will also join Jayasekera to tell us their stories as well. That will compel their leaders too to tell us among whom the rest of Aloysius’s profits from the Central Bank bond business got distributed. One can visualize the unfolding of an informal Truth Commission of a sort, at last!

Meanwhile, statements made by President Mathripala Sirisena at the ceremony to commemorate Ven. Maduluwawe Sobitha, just four days ago, confirm a hypothesis that citizens maintain on the basis of political commonsense. Corruption is more than some unethical practice among individual politicians or public officials in making deals for private gain. It is pervasive and an organising principle of modern governance; it is freshly re-institutionalised; it touches the highest levels of government’s leadership that claims to be clean; and it has become inseparably integral to governance practices of even the regime of ‘good governance.’ Moreover, corruption is now an entrenched way of life even among those who get themselves elected to power on promises of eradicating corruption. The sharpening bitterness between the two camps of the Government might lead to more sensational disclosures only to re-confirm what the citizens already know by instinct.

Let us also hope that President Sirisena will soon come out with some real stories that he knows, as he warned at the Sobitha commemoration. That would be great stuff for researchers who endlessly search for real life stories of high-level Government corruption.

Meanwhile, a serious point that continues to be suppressed in relative silence is the private sector’s role in political corruption. Stories about business-politics bonds are something we often share in social gatherings, name the names, express shock at the sheer volumes involved in the transactions, and then, laugh about it only to forget until the next story comes. Political corruption through the politician-businessmen nexus has always existed, but it has expanded phenomenally with the spread of the free-market economy, foreign investments and massive volumes of government contracts and business deals available practically in all Ministries.

As stories coming from other countries as well – for example, India, Russia, Pakistan, Malaysia, Nepal, Indonesia, South Korea, Nigeria, and South Africa – tell us, racketeering is an important mechanism of the working of the political economy of business-politics alliance.

Minister Arjuna Ranatunga’s recent revelation, as reported in the media, that even under his own Government Ministers openly ask for bribes from foreign investors at the very first meeting, is probably not a rhetorical claim. It tells us about a pattern of racketeering behaviour that has been normalised to spread so wildly. It also opens our eyes to a culture that has given rise to a tripartite coalition between politicians, entrepreneurs, and government officials of all hues. No FCID, nor any Presidential Commission, nor corruption watchdog can crack it, as Sri Lankan citizens have come to realize of late.

In Sri Lanka’s public discussions on corruption, there are several approaches to deal with corruption in public life. Key among them are (a) the punitive approach through the enforcement of criminal law, (b) the moral approach of naming and shaming of the corrupt, (c) the republican approach of virtuous public life in which public good is never compromised for private gain, and (d) the neo-liberal approach of good governance, transparency, and accountability.

None of these approaches seems to have worked to even restrain corruption at any level in our society and politics. As the accusations and counter-accusations between the two factions of the Government clearly indicate, the law enforcement process is at present thoroughly politicised. They also suggest that investigations into, and the judicial process on, corruption, abuse of power and even high-profile murders are politically manipulated. President Sirisena was quite forthright the other day to comment on it. If we take another clue from President Sirisena’s speech, the institutional process that was set up in 2015 to clean up public life from corruption and abuse of political power has broken down. Political deals, as the President suggested, are behind it.

Coalition of the corrupt

Worse still, Sri Lankan citizens have also been witnessing the emergence of a new grand coalition of the corrupt, by the corrupt and for the corrupt. It is a coalition that transcends political and party divisions. It is a broad coalition among politicians, officials, and entrepreneurs, defended by a protective belt made up of, as Professor Sarath Wijesuriya recently commented in a powerful essay, top legal professionals who possess the best brains of our society.

It is indeed a new ‘evil’ that confronts Sri Lanka’s democracy. Yet, Sri Lanka’s democracy does not seem to have found an effective way to fight this new evil and has allowed itself to be overrun by this formidable coalition. That is a part of the message that President Sirisena seems to have suggested, though unintentionally, in his emotionally-charged speech that was obviously meant to clear the names of the President himself and his men.

Meanwhile, for Sri Lanka’s democracy agenda to survive, it needs to re-invent itself. In that process of self re-invention, democracy has to detach itself, at least temporarily, from two of its most important and conventional institutional mechanisms, political parties and the class of professional politicians.

How to work out a new theory and practice of democracy with relative detachment from corrupt political parties and the corrupt professional political class? This is a new challenge for the 21st century political theory and philosophy world over. Sri Lanka is only one, small, case study.

It corrupts democracy to its core and smashes its ethical-normative backbone. Once corrupted, democracy runs the risk of becoming a slavish servant of the corrupt and autocratic alike.