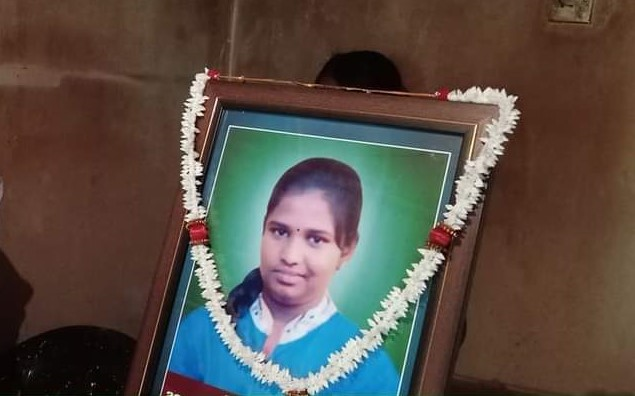 Mothers and Daughters of Lanka is shocked by the reports saying that a minor girl had been employed in domestic work in the household of a Member of Parliament entrusted with making laws for the country and abused throughout 8 months.

This tragedy is further aggravated by her hospitalization with burns and her subsequent death days later.

Mothers and Daughters of Lanka supports the demand made by Tamil people of upcountry that a proper investigation be conducted into the death of this lass.

There has been an increase in the reports of sexual abuse committed against minority age girls of this country. It is an accepted fact that a higher number of girls than have been reported become the victims of acts of sexual abuse.

It was on 7th June that the Mount Lavinia Police received a complaint that a 15-year-old girl had been procured as a sex worker to a large number of persons of different status in the society, causing sexual abuse.

Among those who sexually abused her were Buddhist priests, a doctor who had served in the Navy, businessmen, and a former Minister of the Maldives. It has been reported that around 75 persons involved in this racket have been arrested.

On as late as 15th July, it was reported that the Police had arrested 5 including the father of a 13-year-old girl from Nawalapitiya charging them with sexually abusing her.

The 15-year-old girl in domestic service at the residence of former Minister Rishad Budurdeen was hospitalized with severe burns on 3rd July 2021. She died on 15th  and it has been established that she had been subjected sexual abuse.

Apart from these incidents that have come to limelight through media including social media, we cannot imagine the number of such incidents that take place unbeknownst to the world. We can only stress that the number is very much bigger.

As a society, we should understand that it is our own daughters and sisters that get abused in this way.

Firstly, the male-dominated patriarchal society’s treating women as sex objects forms the basis of sexual abuse towards girls and women. Secondly violence against children is also rampant in our society and there are also politicians who justify beating children in this country.

Mothers and Daughters of Lanka believes that sexual assault on children is the combined effect of these two factors.

Mothers and Daughters of Lanka unequivocally condemn the selling of women and girls as if they were tradable commodities, subjecting them to sexual abuse and murdering them in this fashion. At the same time, we urge the authorities to arrest all those persons responsible for these incidents including the procurers and procuresses without difference and bring them before the law while taking steps to accord justice to the victims and to safeguard the lives of women and children.

Signed as Coordinator on behalf of the following organizations as well