She also gave a good fight, well knowing that forces ranged against her were too strong to overcome 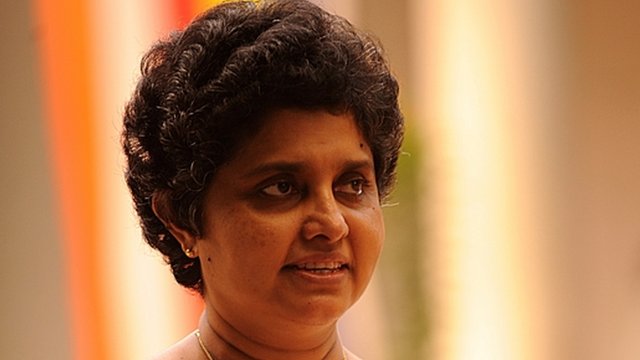 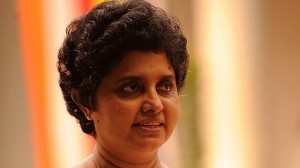 Curtain about to fall, Editorial, The Island
What Chief Justice Shirani Bandaranayake and her supporters will now do, given Friday night’s parliamentary vote which virtually sealed her fate, is anybody’s guess. There had been no official announcement that the president has dismissed the CJ as this is being written but the inner councils of government expected that the deed will be done very quickly. It is of course open to Ms. Bandaranayake to tender her resignation or retirement papers, as the case may be, before the axe falls. She can also doggedly take the stand that given the interpretation of the constitution by the Supreme Court and the writ granted by the Court of Appeal, any dismissal is illegal and invalid.

Such a course of action will not amount to more than prolonging the agony because it is clear that she will not be physically permitted to preside over the Supreme Court as the Chief Justice of this country. If she does choose to seek yet another ruling of court that her dismissal, or purported dismissal as she may term it, is a nullity where will it take us? It is of course open to court to hold that it has already made its ruling which must stand until there is a revision; and say no more on this contentious matter.

We have steadfastly taken up the position that we do not know whether the CJ was guilty or not of the charges preferred against her. But the procedure adopted, whether constitutional or not, was unfairly loaded to her detriment. She did not have the normal protection afforded by law to any citizen of the country – that of presumed innocence until guilt is proven. The government and its supporters will now say, as they indeed are already doing, that the fact that the CJ’s lawyers did not have the opportunity of cross-examining witnesses who testified against her was something of her own seeking. But the fact remains that she was told that there would be no oral evidence and no cross-examination before she and her lawyers withdrew from the select committee proceedings. Very quickly thereafter evidence of several witnesses was led and what they said was not subject to the test of cross-examination. Judging from the published proceedings of the PSC at least one witness, responsible for the Trillium apartment sale, did not look at all good. We do not know whether this is why he has shed his state sector position, for personal reasons he has said, as Chairman of the Export Development Board very soon thereafter.

There is no escaping the reality that Sri Lanka has blackened its image internationally by the manner in which the whole impeachment exercise was undertaken. Government propagandists keep repeating the same old mantra about international “conspiracies’’ assisted locally by an NGO Mafia. Many or most NGOs functioning here are without doubt foreign funded and to that extent owe at least some allegiance to those who pay the piper. But that does not mean the whole tune is called externally in accordance with a sinister agenda. The sooner we realize that we are small fish in a small pond, the better for us all. We have benefited hugely from NGOs such as the Red Cross at times of disaster although that organization was once accused of helping the LTTE. We even sought the assistance of an NGO, no less, to help Rizana Nafeek whose life was so tragically ended last week far from home and family. Sri Lankans are all too well aware of the political Mafia that is very much a part of our political life and how this Mafia brazenly uses public funds for its own benefit. They say that it is an ill wind that blows nobody any good. Perhaps the public opinion generated by the impeachment issue is what led to Minister Mervyn Silva vacating his position of SLFP organizer of Kelaniya.

We saw television pictures the other day of pole-carrying goons approaching those protesting the impeachment with police doing nothing to disarm them. Public funds are brazenly used for political purposes and it is taken for granted that this is how the papadam crumbles. There is little public outrage or outcry against such happenings. At least the impeachment provoked protests that were heard both at home and abroad although the powers that be chose to ignore them and do as they will. It is very unlikely that Mr. S.L. Gunasekera’s suggestion that other judges refuse to sit with the new chief justice whoever he or she may be will come to pass. There will be judges who are deeply unhappy at the way the impeachment drama is playing out with only the final act before us. There will be others all too willing to benefit from these events. Yet we can be happy that there are judges who bravely pronounced what they perceived was the correct determination on matters placed before them whatever be the result. There will always be those who are vulnerable to blandishments that may be on offer in every field of activity. But we must always remember that it is not only the taker but the giver too who is equally wrong.

Shirani Bandaranayake, as is well known, was the first woman to become chief justice of this country, an institution created by Royal Charter over 200 years ago. If she is dismissed, and the prospect that this will not happen is now almost non-existent, she will also be the first holder of that office to so depart. She is probably the only chief justice we’ve had in 212 years who did not professionally qualify as an attorney. But that was no barrier to her taking that high office and did not stop her from being a good judge, senior lawyers who have appeared before her say. She also gave a good fight, well knowing that forces ranged against her were too strong to overcome. We can only be sorry that an ugly episode such as this has besmirched the reputation of a proud institution and hope that the damage that has been done can be contained. Sane voices such as that of the Communist Party’s Dew Gunasekera were heard in Parliament and the old left distanced itself from the actions of a government they are part of – though not totally so by voting against the resolution. Hopefully parliament will at least now correct the weaknesses in its standing orders that resulted in Bandaranayake paying a heavy price and ensure that such a sorry saga will never be repeated in the future.
(Photo courtesy BBC)
January 12, 2013
IS