‘Shadow Cabinet’ Flops Before Ink Dries Up In The Appointment Letters 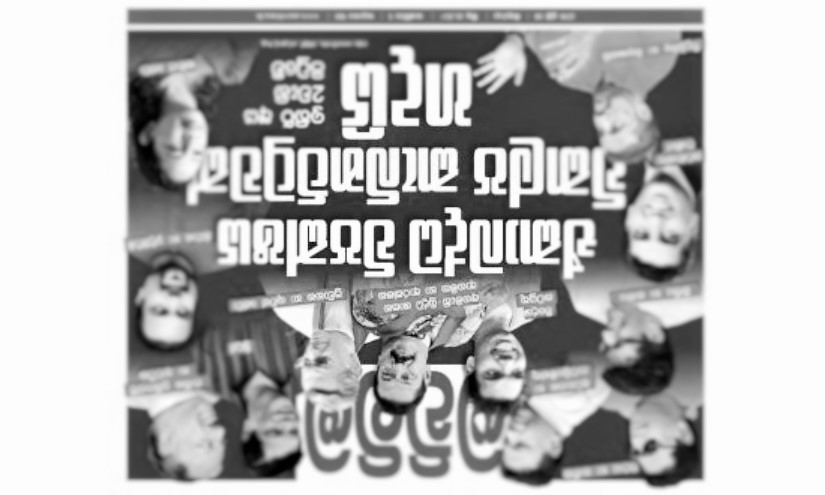 The Joint Opposition last week appointed a 50-member ‘shadow cabinet.’ Alas, even before the ink dried in appointment letters, its members thought it was a big joke. Many wanted out, and ‘Shadow Urban Planning and Water Supply Minister’ Lohan Ratwatte (of Joel Pera fame) resigned.  Thus the grand plan flopped before it was launched.  It was not clear why some distanced themselves from this latest political manoeuvre, least because no one was sure who made the appointments in the first place.  After all, the ex-president Mahinda Rajapaksa, and now the ‘shadow Prime Minister’ had little interest in parliamentary traditions when he was in power. In his good times, he made Parliament a rubber stamp, concentrated powers of the state around him and his family.  He promoted  a new breed of young MPs, who conducted themselves as mindless sycophants  relishing in the leader’s attention, and shouting dissident voices in and out of Parliament.

Lohan Ratwatte was quoted as saying in this newspaper last week, that the ex- president himself was unaware of the appointment of a showdown cabinet with him at its helm.  Thus the shadow cabinet sounds like an in- your-facefarce, no less than those independent commissions of MR presidency.

A shadow cabinet in the Westminster Parliamentary tradition is the alternative cabinet that is formed by the senior parliamentarians in the Parliamentary Opposition, usually under the Leader of the Opposition, and of which shadow ministers scrutinize their corresponding ministers in the government and develop alternative policies.  The general practice is that (though there are exceptions) shadow ministers are appointed to their respective positions in the cabinet if and when the Opposition forms a government. For instance, George Osborne, the current Chancellor of Exchequer of the British Government was the shadow chancellor of exchequer when the Tories were in the Opposition. Recently when the members of the shadow cabinet of Jeremy Corbin, the hard left Labour leader, resigned in en masse that caused a quite a hullaballoo in the British politics.

Thus a shadow cabinet is an integral, (though not constitutionally mandated) part of Westminster tradition of parliamentary democracy in some countries.  Why we did not have it here is Sri Lankan politics is a dog-eat-dog contest, which pits members of the same party against each other in order to win the preferential vote. Those heavy expenses incurred in multi-million election campaigning could only be recouped through the accession to a plum ministerial portfolio. If the future cabinet positions are earmarked before the election, that would leave the other members with little reason to put their weight behind the party campaign. And their financiers and supporters would decamp, and probably join others who are better disposed in a future government. And most likely the future ministers would become the targets of smear campaigning by their own colleagues, which could compromise their electability.

Competition for power is so virulent not just between political parties, but also among members of the same party in this country that the party leaders have shied away from naming even the mayoral candidates or prospective chief ministers (let alone cabinet ministers) before the elections.  MR or whoever who appointed the shadow cabinet, partly avoided that predicament by simply naming all the president’s goons as shadow ministers. So, there are 50 of them now; should any one opt to pole vault to the opposition that number would balloon. However, there is little prospect for that since shadow ministers do not get entourages of office aides and the luxury to doll out government employments.  Perhaps, the danger MR did not foresee was that some of those new shadow ministers would use their new clout as a bargain chip to land in a plum post in the incumbent government.

Shadow ministries are meant to assure the Joint Opposition MPs of that they would one day ride the gravy train. But, it would also demotivate many others who sing hosannas to the former regime outside Parliament.
Those who decided on those appointments had callously disregarded the feelings of; say for instance, Prof. G.L. Peiris. What would the learned professor, who does occasionally resurface from obscurity to lambast the government feel when young presidential scion Namal Rajapaksa is earmarked to be the future Foreign Minister of his father’s government. Also, Basil Rajapaksa would not take it lightly that he has been sidelined from a future cabinet. There are many others who should be feeling being let down.

And the shadow cabinet, if it is for real, is a scary proposition. It would not be nice when the shadow law and order minister himself is accused of fraud and defending himself in court. He was remanded earlier over allegations of defrauding an Australian businessman. Many other shadow ministers are also busy fighting corruption charges; they would have little time left to provide necessary parliamentary oversight on their corresponding ministers.  The conflict of interest that arises when alleged fraudsters are earmarked to a future cabinet is also worrying. Nonetheless, this whole affair does not sound serious. One poster in Daily Mirror website had an interesting proposition to the Joint Opposition on their next step. “What if a mock treasury and deposit all the looted money”, he asked.  Perhaps, that is not a bad idea after all.