Sexual harassment in public transport in Sri Lanka : Speak up, Intervene and Be the Change 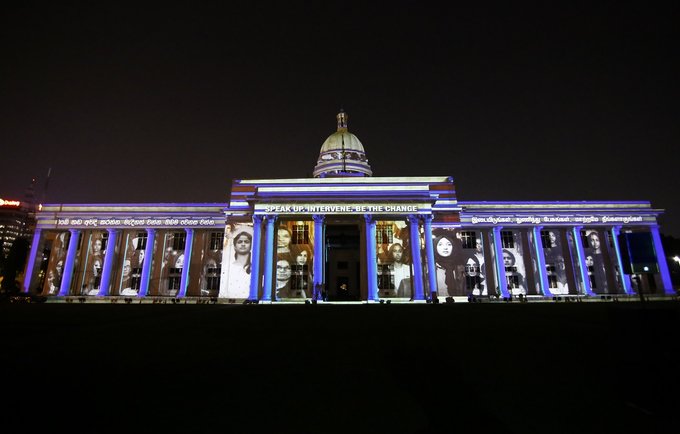 COLOMBO, Sri Lanka (UNFPA/1 Mar 2019): “I was travelling in a bus when the man seated next to me started to touch my thigh, while he was pretending to sleep. When I confronted him, I knew he would try to escape, especially since he had already made several such attempts. This is not the first time this has happened”, said Shalinie, a victim of sexual harassment in public transport.

Shalinie is not alone. According to a study conducted by the United Nations Population Fund (UNFPA) – 90% of women and girls have endured sexual harassment at least once in their lifetime on public buses and trains. Only 4% of those affected reported the incident to the police.

Sexual harassment is a grave violation of human rights. Leading up to International Women’s Day, UNFPA together with the Colombo Municipal Council, Ministry of Women and Child Affairs, and the Ministry of Transport and Civil Aviation, opened a public exhibition titled “Does She Travel Safe?” featuring real stories of women and girls like Shalinie who have faced sexual harassment in public transport in Sri Lanka. Their stories show a clear indication of the existence of power structures that perpetuate norms and attitudes discriminating women and girls.

At the opening of the exhibition the Mayor of Colombo, Her Worship Rosy Senanayake, stated, “Sexual harassment in public transport is a priority national issue that needs continuous policy level action. It is important that women are part of the planning and implementation of development projects to ensure a holistic approach towards making Colombo a safer space for all women and girls.” 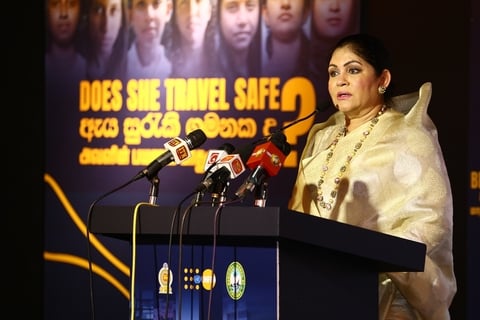 Ms. Ritsu Nacken, UNFPA Representative in Sri Lanka, added, “While we strive to see a Sri Lanka where women and men can travel together as equals with no sense of intimidation or harassment, we acknowledge the Ministry of Transport’s recent decision to have female-only compartments in trains. This action also implemented in Japan, India, and other countries, can serve to generate further awareness on the issue, and will hopefully be a means to a more sustainable solution in the future.” 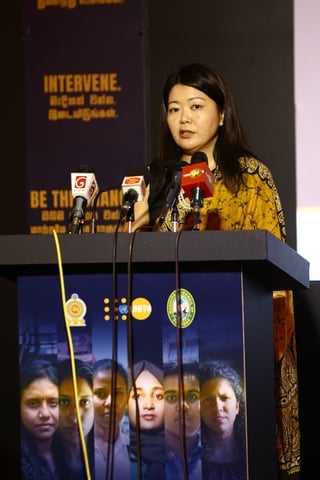 The photo and video collection was developed as part of a collaboration between UNFPA and ‘Cheer Up Luv’ – an initiative by UK Photographer Eliza Hatch. The public installation is delivered in collaboration with the Rotaract Club of AOD, and will be open to the public from 2nd to 8th March 2019 from 8.00 am. – 8.00 p.m. at the Colombo Town Hall Grounds. As part of the exhibition, UNFPA in partnership with Civil Society Organizations and Activists, will deliver awareness sessions for school students, bus drivers and conductors, and to the public, on how to speak up, intervene, and be the change.