Seriously out of touch 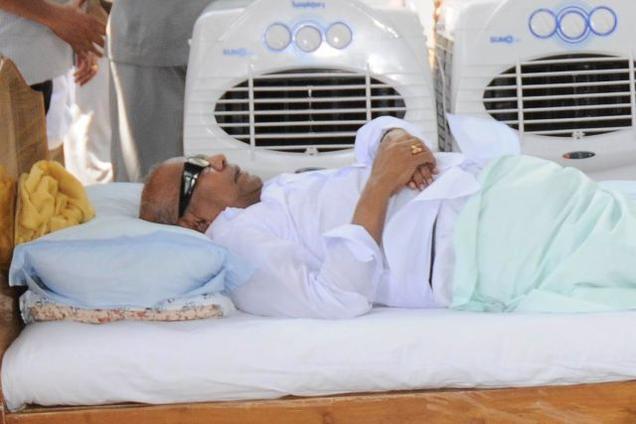 Share
1
The revival of TESO makes a mockery of the political predicament of Tamils in Sri LankaVeteran Tamil Nadu politician M. Karunanidhi has announced the revival of the Tamil Eelam Supporters’ Organisation, a forum he had floated in the mid-1980s to drum up support for the creation of a separate Tamil nation in Sri Lanka.
In 1986, it was a broad-based political platform that attracted leaders from different parts of India and there was widespread support for the cause. A quarter century on, the most striking feature of the attempt to revive it is its incongruity in the current political context.
The Tamil Eelam project was never really on, as neither India nor the world at large was ever interested in dividing Sri Lanka. Further, neither the domestic situation in Sri Lanka nor the global or regional context contains any objective condition for the establishment of a separate state. Having eliminated rivals to emerge the sole proponent of the cause, and having let the power of arms overshadow its political content, the Liberation Tigers of Tamil Eelam (LTTE) effectively destroyed the movement for separation through its ultimate defeat. Velupillai Prabhakaran has left behind only a legacy of ruin and devastation for his Tamil community, and it is left to the few surviving Tamil moderate politicians to pick up the shards of a nearly abandoned devolution discourse and work towards limited self-rule in the Tamil majority areas.
For parties in Tamil Nadu, “Tamil Eelam” has been a useful tool for rabble-rousing while in the opposition, and an instrument of competitive identity politics that can goad the ruling party to take an even more strident stand. In office, the parties have administrative compulsions to crack down on “separatist” tendencies, book those indulging in “anti-national” rhetoric and frame or invoke draconian laws to keep fringe elements under check.

Mr. Karunanidhi has, over the years, oscillated from advocating Sri Lanka’s division to advising Tamil groups and parties to go in for a negotiated settlement. A truthful summary of his stand over the last 30 years will be an unbroken record of flip-flops. His latest U-turn is the ease with which he dropped the core principle of TESO — the concept of “Tamil Eelam” — from the agenda for the first conference of the revived forum to be held on August 12. All it needed was a visit from the Union Home Minister for the DMK patriarch to jump from strident advocacy to confounding ambivalence — a domain he is quite comfortable in. “Tamil Eelam remains my dream, but this is not the time to stress on it much or organise agitations,” he rationalised.
Here, one must pause. There is little wisdom in accusing just one leader of contradictions. His arch-rival Jayalalithaa, too, has pitched for “Eelam,” a recent highlight being her election promise ahead of the 2009 general election that the government she supported would send troops to Sri Lanka to carve out “Tamil Eelam.” Indian foreign policy appeared to go in favour of the Tamil minority initially, then gave a semblance of neutrality at the time of the Indo-Sri Lankan accord of 1987 by striking a path-breaking blow for both the country’s unity and the Tamil aspirations for provincial self-rule; in more recent times, preserving Sri Lanka’s territorial integrity became an obsessive objective, and India was drawn into — largely in a moral sense, and to a lesser extent, materially, too — into the government’s military project to destroy the LTTE.
Every political party has spoken about Tamil aspirations and in more recent times about restorative and rehabilitative justice for the victims of war. All parties called for an end to the war in its last stages, but it is doubtful if the appeal was honest. For instance, it is conceivable that there was great tolerance from the international community and from the Indian political and bureaucratic class towards the use of savage military power by Sri Lankan forces in 2008-09. There was, conceivably, an unstated consensus that finishing off the LTTE was a prerequisite to lasting peace. Even the parties inseparably identified with Prabhakaran’s brand of political nihilism were not against the war, but merely against the idea of the LTTE being defeated.

And today, the Union government is caught between a legitimate demand for a credible inquiry into war crimes allegations against Sri Lanka and the need to retain its alliance with its southern neighbour. An offshoot of this dilemma is that it repeatedly gets caught in moments of liaison with the Sri Lankan military, drawing justified protests from the people and leaders of Tamil Nadu, for whose sentiments the Centre seems to have nothing but disregard and contempt. It is doubtful whether any other state has ever been treated with such self-evident disdain by the government of India.
What makes TESO a mockery of the predicament of the Tamils in Sri Lanka is the fact that they are more worried about their security and survival than resurrecting the separatist demand. In fact long before the LTTE was vanquished, there was all-round realisation that Tamil Eelam was not a viable project. Any separatist rhetoric abroad now is bound to have adverse repercussions on Tamils living in Sri Lanka. Sinhala nationalism is at a historic peak and the great international hope that if Prabhakaran was removed from the picture, the scene would be conducive for ethnic reconciliation has been tragically betrayed. Sri Lanka is far from doing the right thing for its minorities. With the Indian position against the division of the island becoming an entrenched global policy, political posturing is going to make little difference to the Tamils who are denied access to their lands and who cower in front of an overbearing army.
[email protected]
– The Hindu
Share
Facebook
Twitter
WhatsApp
Pinterest
Email