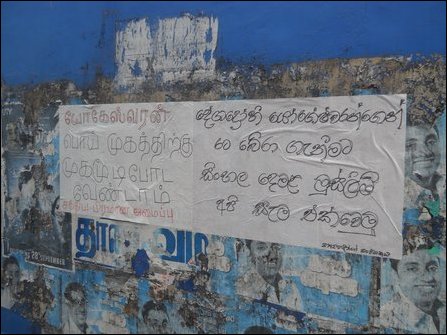 60-year-old Jesuit Priest Fr Veeresan Yogeswaran, who is one of the leading human rights activists in the East, is at the receiving end of the SL government’s ire after his meeting with UN Human Rights High Commissioner Navanetham Pillay during her recent visit to the island. Pamphlets decrying Fr Yogeswaran, printed in Sinhala and in erroneous Tamil – evidently not written by a Tamil – have been published in Trincomalee, some of which have been left outside his residence. Abusing Fr Yogeswaran S.J., as anti-Sri Lankan and someone who ‘betrayed his country’, the pamphlets also claim that he is living in a palatial house from where he was indulging in ‘conspiracy activities’ against the SL government.

Navi Pillay who visited Trincomalee during her trip to the island last month had met Sri Lanka’s colonial military Governor of Eastern Province Rear Admiral (retd) Mohan Wijewickrama and the Sri Lankan Government Agents of the three districts in the East and the ruling UPFA’s Chief Minister of the province. She also met and interacted with the general public and human rights activists from Trincomalee.

Right before her visit to Trincomalee, SL military operatives visited several so-called welfare camps and took away people known for speaking out.

Fr Yogeswaran who runs the Centre for Promotion and Protection of Human Rights has been handling human rights issues on the legal front, in the Batticaloa district since 1985. He has handled cases of forced disappearances too in the district.

After his meeting with UN High Commissioner, the SL military intelligence has sought explanation from him over telephone.

Consequently, the pamphlets have been issued on the night of September 14.

In the meantime, the SL police personnel who visited his house on September 15, removed the pamphlets from the vicinity of his residence.

Deploying intelligence operatives on one hand and showcasing the so-called rule of law through the dramas of the SL police on the other, has become the order of the day in the occupied country of Eezham Tamils, civil activists in the East commented. 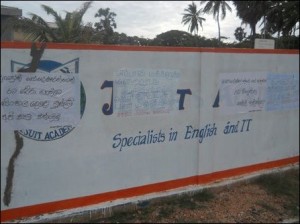 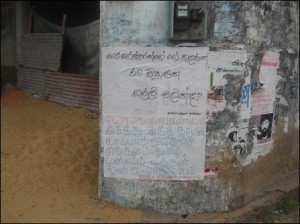