See for yourselves progress of our democracy – President tells CPA delegates 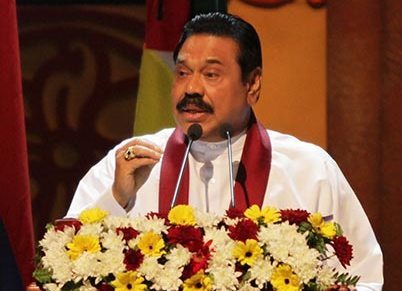 President Mahinda Rajapaksa yesterday said those now in Colombo to attend the Commonwealth Parliamentary Association (CPA) had an opportunity to see for themselves the progress of democracy in the country, after the major threat of terrorism was eradicated.
Addressing the 58th sessions of the CPA in Colombo, he said that it was important in the context of the barrage of lies being spread about Sri Lanka today. “As you will see, there is full freedom of travel to any part of the country. You can also speak to anyone, from Government or the Opposition and different communities. I urge you to make use of this opportunity to learn of the real Sri Lanka, in its post-conflict era, when the highest priority is given to nation building through reconciliation,” the President said.

The text of the President’s speech: “We have continued this tradition of parliamentary democracy through the past 81 years, protecting it from those who plotted against it, both in uniform and through insurrection.

More recently, we protected our democratic system, and the democratic rights of all our people, against what has been correctly described as the most ruthless terrorist organization in the world. At a time of clashes between democracy and terror, we have shown the world that terrorism can be effectively defeated, and the cherished values of democracy restored to people who were denied it for nearly three decades.

You are meeting here today, just three days after democratic elections were successfully conducted to three Provincial Councils in the country, and you may be observing how the people have freely expressed their choice. Sri Lanka’s long tradition of parliamentary democracy has seen governments change via the ballot, and constitutions being similarly changed and amended.

It is also noteworthy that among the first things done after the defeat of terrorism, first in the Eastern Province, and later in the entire country, was to quickly hold local government, provincial and national elections to obtain a proper mandate from the people, large sections of whom were deprived of their franchise by the forces of terror.

In fact I myself sought a second term in office, even before the expiry of my first term, to obtain a truly national mandate, because the terrorists whose agents are still active in some parts of the world, denied many people in the North and East the right to vote, the first time I sought the Presidency in November 2005. We will also hold elections to the Northern Provincial Council next year upholding the principles of democracy.

The many successful aspects of post-conflict developments have drawn much attention to Sri Lanka, especially the speed with which nearly 300,000 Internally Displaced Persons were re-settled. Another important aspect has been the efforts at national reconciliation, after a bloody conflict that dragged on for nearly three decades. It took less than two years from the end of the conflict to set up the Lessons Learnt and Reconciliation Commission (LLRC). It was to learn from the lessons from the conflict, understand how we could avoid such situations again, provide justice to those who had been affected, and, most importantly, seek the path of reconciliation as a nation, through our own experiences. The recommendations of the LLRC are already being implemented, according to a well worked out Plan of Action that we have presented to the nation and the world.

The many educational programmes on parliamentary practice and procedure, the efforts at studying matters of regional importance in the development of democracy, the study of democratic systems in the world’s smallest nations, the efforts to train knowledgeable and efficient parliamentary staff, are all in keeping with the goal of strengthening democracy in the world.

A matter of special importance is the work of the Commonwealth Women Parliamentarians to increase female representations in Parliament and recognizing the importance of gender considerations in all activities of the CPA.

As the country that produced the first elected woman Prime Minister of the world, Sri Lanka is particularly interested in the moves to assist in encouraging the professional contribution of women in democratic bodies, from local authorities to parliaments.

As an organization that seeks to strengthen representative democracy, your efforts to ensure the conduct of free and fair elections are most encouraging. Similarly, your focus on countries with new or revived parliamentary systems is very useful, especially with the high intake of new members to parliaments after each election.

The vast resources of human experience available to the CPA, which has 175 branches and 17,000 parliamentarians at the most recent count, places it, in an excellent position to contribute to better understanding of practice and procedure in parliaments, examine international trading systems, and look at new policies on science in an age of rapidly advancing technology. It will also be extremely useful to explore increasing trade among Commonwealth countries and devise ways to facilitate such trade.

I have no doubt that the CPA has achieved much success in realizing the aims of its Strategic Plan 2008 – 2012, especially in assisting Members and Branches to adopt good practice of democratic governance and strengthen the institution of Parliament. You have no doubt helped the Commonwealth deepen its democratic commitment, in big and small nations by promoting best principles of representative government that removes barriers to equality in gender, community, faith and other aspects that seek to limit democracy.

This Conference in Colombo will discuss and decide on the CPA’s new Strategic Plan for the next four years. This is a good time to think of strengthening the core values of democracy. Our work should not be confined to theories and concepts but should look at the more practical aspects that affect the people. Our emphasis on the will of the people should lead us to give the most importance to policies that best serve the interests the people. There is the need to give the highest priority to the welfare of the people, to economic progress and development that positively impact on the lives of people.

In this context, it will be interesting to look at Sri Lanka’s own record of success through democracy. Our achievements in education and health stand out as examples to other countries and societies. Our 96 per cent literacy is a proud record that has come from the blend of democracy, with a great tradition of education that came down from Buddhism and later advanced through the Christian churches. Similarly, our success in providing free health services to all also comes from a great tradition of healing that was advanced through democracy.

It is also important to note that Sri Lanka achieved 8 per cent GDP growth last year, and the year before, after 6 and 7 per cent growth earlier even during the battle against terrorism because of our commitment to the people and the values of democracy. It is our strong belief that there cannot be peace without development. The reverse is also true; there cannot be development without peace.

These are all subjects of much relevance today. One must look forward to this conference recognizing the proper priorities in furthering the democratic process. You will no doubt take into consideration the current global realities that often seem to threaten proper and effective democracy, and also seek to challenge the sovereignty of nation states.

It is unfortunate that today, many impressions of Sri Lanka in foreign countries, are based on un-verified facts, and wrong or deliberately manipulated disinformation, carried out by those who once supported the forces of terror. These same elements continue to sow the seeds of division and separatism through various media, and also influence politicians in their new countries of domicile, to act against Sri Lanka, based on such disinformation.

These are people who claim to speak for Sri Lanka or a section of our people, while slandering the country from their shelters abroad. They do not bother to contribute to the reconciliation and development taking place here. But worse, they do not even contribute to the progress of the people whose cause they claim to champion, from their activities abroad. You can now see the truth and return to your countries with a deeper and richer understanding of Sri Lanka.

In seeking to advance democracy in the world, which is the commitment of the CPA, it is also important to appreciate the different cultures and values of each country where democracy has been rooted, or is growing. The Commonwealth is a rich diversity of nations with the common bond of democracy. It is also a rich diversity of cultures, traditions and values. There are countries where culture and heritage date back to many millennia. There are others with shorter histories and traditions. Democracy will truly blossom when these differences are best understood and respected in all our dealings with each other.

It is necessary for all of us to be anchored in the true meaning and concept of democracy – which is the will of the people – freely expressed. Recently, we saw fears of this in the very Mother of Democracy, in the early stage of the current financial crisis in Europe. There is also an unfortunate trend we see of efforts to impose democracy on people and States. There are many who seem to think of regime change as the necessary path to democracy, without seeing the consequences of such action that stare at us today. We are also aware of how Human Rights can be made a slogan by the worst violators of such rights, to threaten traditional democracies.

Democracy, or representative democracy, is today competing for headlines with various emerging national or regional springs. There is also the hum of drones that seek to bomb democracy into place with a carpet of destruction. We must be cautious of all these strategies that experience shows have not helped real democracy to take root and thrive. It is necessary to bear in mind that democracy does not foster hatred within societies, among communities and among nations and countries. Democracy stands for unity of purpose in a spirit of mutual understanding.

In conclusion, I wish to state that having your conference in a vibrant democracy, where the will of the people has been cherished, and protected for eight decades and more, there is every hope that your deliberations, amidst the well springs of democracy that prevail in our land, will produce the best results for parliamentary democracy in the Commonwealth and the world.
IS