Journalist and cartoonist Prageeth Ekneligoda who worked for the website LankaeNews, disappeared without a trace on January 24, 2010. The story behind the disappearance gets murky as he left home following instructions of a mysterious telephone call that led him to an equally mysterious meeting. And he has not been heard from since, not even from third parties. Investigations into his disappearance encountered some hiccups, as well as massive obstacles, and at the moment, have come to a standstill. It was the belief of Ekneligoda’s lawyers and family that he was abducted due to his work in the campaign for the then opposition presidential candidate, General Sarath Fonseka.

It has been reported that he was working on a booklet titled, Pavul Gaha (Family Tree) when he was abducted. The USB drive which carried the draft of the booklet along with other cartoons he has drawn went missing as well.

Prageeth’s disappearance left Sandhya, his wife and her two sons in a state of hopelessness; the loss of father and husband, not knowing where he is, whether he is safe, became part of their lives while struggling to find him, while trying to survive everyday became the other part.

Sandhya’s life shifts from fulfilling the duties as a mother to her sons, and continuing with her fight to find her husband, to ensure justice is served. There are local and international groups that have come forward to help but Sandhya says that living day to day is a problem as the help they get is not consistent.

“Sometimes I worry about how to survive the following day, how to feed my children,” she told the Sunday Observer this week.

This daily struggle adds up to the many courts in which she must do battle. Even after eight years and a change of Government, Prageeth’s disappearance case is not proceeding as well as Sandhya expected. 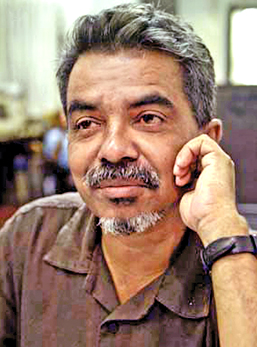 “The proceedings are at a standstill”, she complains.

Sandhya believes, the Sri Lanka Army is not supporting enough with the case. The Criminal Investigation Department (CID) has requested information from the military pertaining to incidents unfolded in 2015-16 in some army camps. But according to Sandhya, the military has refused to release the information stating that it will threaten national security. “We had high expectations when the new Army Commander was appointed but we are not sure whether he will cooperate in the way we expected.”

The military supported with similar requests made by the court regarding information pertaining to incidents in 2009-2010 which was not considered as a threat to national security. “Though there isn’t a war anymore, and we have lived in a country without the armed conflict for nearly 10 years, I do not know what this threat to national security is they worry about now, compared to the previous such requests,” Sandhya questioned.

“We say we have press freedom now, and we have absorbed the Right to Information Act into our legal system but still they can find reasons to deny a request for information by the CID to solve a criminal case. How can national security be a reason to protect culprits? What they don’t understand is that the enforced disappearance of Prageeth is also a crime committed against the state. A citizen of this country was forcibly disappeared and his family, friends and the rest of the country are waiting to hear any news about him. The government starts an investigation because it’s the job of the government to protect its citizens, but the investigations can’t move forward because there are other branches of the government that are not complying with that investigation,” Sandhya explained the confusion she faces.

The Ekneligoda case is one among tens of thousands of missing persons cases that the new Government that was swept to power pledged to take action about. The Presidential Commission set up under former High Court Judge Maxwell Paranagama during the previous administration, recorded 20,000 cases, including more than 5,000 security services members.

Sandhya admits to the changes that happened after the change of governments, and how court cases such as Prageeth’s were rejuvenated. But there are disappointments too. Especially, she says, when it comes to the behaviour of government servants. 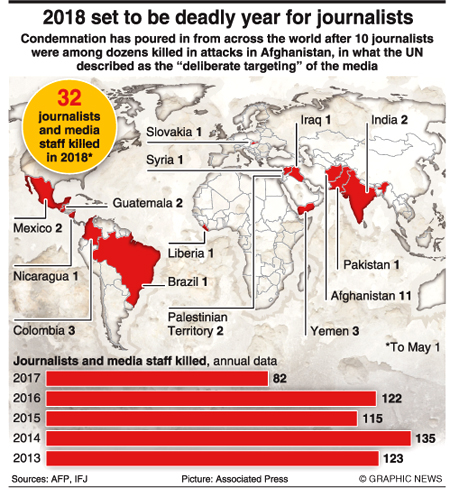 “During the previous regime, if we send a letter to the President, we used to get a letter acknowledging that they received the letter and that it has been forwarded to the attention of the President. Regardless of the outcome, it was good to get a confirmation of the reception of the letter. But now, we don’t know whether they received the letter or not. Lack of response is not a good sign,” she said adding that, “there is no fear that we used to have, not yet, and that’s a good sign.”

But she has other worries too. The contempt of court case against Ven. Galabodaatte Gnanasara has almost come to an end, the verdict due on May 24. During court proceedings in Homagama one day, the controversial priest used unrefined language against her in the courtroom, resulting in the contempt charge.

But images of senior government officials hob-nobbing with the controversial BBS monk and his alleged political influence have taken a toll on Sandhya.

She worries that these power plays will affect the outcome of her case. “I fear that justice will not be served.”

Not knowing the whereabouts of a loved one must be a terrible feeling. But knowing that people who are responsible for the disappearance of her husband are still at large is worse. Raising your children alone, knowing that if justice is not served, if Prageeth does not return, that he will never know how his little sons have grown up is a lot worse. And in Sri Lanka, Sandhya is not alone in her anguish.

She continues with her struggle for justice, and in that struggle, Sandhya has joined hands with mothers in the North in the struggle to find their disappeared children and spouses. “This year too I attended Geneva for the UN Human Rights Council session with a group of mothers from the North, and spoke at an event, but we have to be realistic about the situation, that there is a limit to what UNHRC can do,” she notes realistically.

“I don’t have high expectations on the outcome. You gradually lose hope in external powers as nothing concrete happens at home to find justice. World politics play a big role within the Council which determines where things are headed, so it’s not hundred percent predictable,” she explains.

In her struggle to find Prageeth, Sandhya has pushed boundaries and taken positions that would have made her journalist husband shine with pride. In 2017, she was recognized as one of the 13 most courageous women in the world by the US State Department and civil society organizations.

Back at home though, for Sandhya who wages a day to day battle for her family’s survival, the reality is simple: Prageeth lives. “He lives in me. I share my sorrows and happiness with him. He is still my strength who keeps me going forward. I believe he protects me while I continue to fight for justice for him,” she says.

As Sandhya continues the battle to get justice for Prageeth, questions still swirl about his disappearance and the murders and attacks on dozens of other journalists in the country. This Government that swept to power on the wings of activist victims like Sandhya Ekneligoda, owes her an answer.