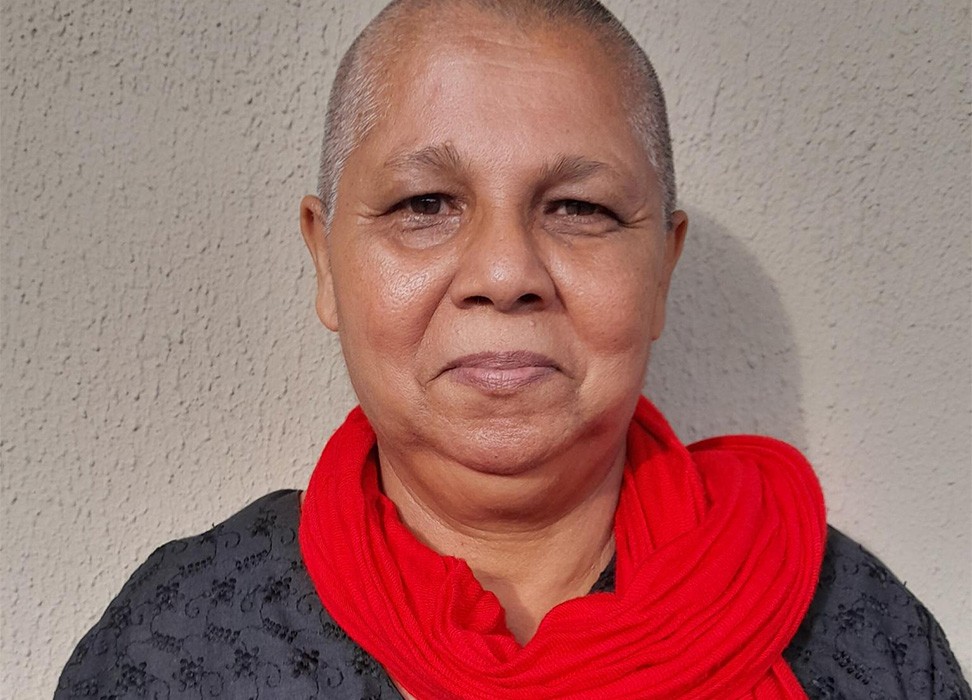 Sandya Ekneligoda has been searching for her husband for the past 12 years. She still vividly remembers the events of 24 January 2010, the day when Prageeth Ekneligoda, a Sri Lankan journalist, cartoonist and human rights activist, was disappeared.

“Prageeth told me that morning, before he left for work, that he would end his political activities that day onwards and instead would help me with my insurance job. What he said hit me hard because he had never mentioned something like this to me before,” she said.

As a journalist and cartoonist, Prageeth Ekneligoda had continuously criticized the corruption, fraud, irregularities and brutalities of the civil war waged between the Sri Lankan armed forces and the Tamil Tigers under then president Mahinda Rajapaksa’s administration. The day of his disappearance, as was the couple’s routine, Ekneligoda waited until 9 p.m. to call her husband as he didn’t like to be disturbed during his work hours. Prageeth’s phone was turned off, which was unusual for him. She kept trying to reach him the whole night to no avail.

It was the second time in the less than a year that Prageeth Ekneligoda had been taken, Ekneligoda recalled. The first time, on 27 August 2009, he was handcuffed and pushed into a white van that took him to an undisclosed location where he was tortured. His abductors released him the next day. This time in 2010, he did not return home.

This is when Ekneligoda said her fight for justice began. She decided to dedicate her life to “truth, justice and to bringing an end to all forms of impunity” in Sri Lanka, and to fight, not only for her husband, but for all those who are forcibly disappeared and for their families, she said.

“When a person is forcibly disappeared, it is not just that person that is taken away, it is also the memories that you have or could have made with them: your wedding day, the things you did as a couple and how you brought up your children or what you might have planned for them,” Ekneligoda said. “All of that is destroyed.”

She further described the years of challenges, harassment, threats and reprisals that ensued at the hands of the State institutions and politicians.

Ekneligoda said that groups supporting president Rajapaksa first accused her of lying about her husband’s disappearance. They then claimed that he was living as a refugee in another country. In the meantime, she said, a Secretary to the Ministry of Defence, writing to an opposition MP at the time, confirmed that there was information that Prageeth Ekneligoda was abducted by an armed group. When she lodged a complaint about her husband’s disappearance, Ekneligoda was ridiculed by the police and the Human Rights Commission of Sri Lanka.

The contradictory information coupled with no access to reliable facts led Ekneligoda to fight daily to search for her husband, while supporting her family.

In February 2010, she filed a writ before the Court of Appeal of Colombo and in 2015, following political change in Sri Lanka, her husband’s and several emblematic disappearance cases were handed to the Gang and Robberies Unit of the Criminal Investigations Department. Twelve suspects from the armed forces were identified however, the Sri Lankan Army did not support the investigation.

“Instead, they extended undue influence on the investigators and provided false information to the courts,” Ekneligoda said.

When Gotabaya Rajapaksa, the younger brother of former president Mahinda Rajapaksa, was elected to the presidency in November 2019, he appointed a commission to look into cases of political revenge.

“This commission turned the investigators and witnesses of [Prageeth’s] case into the accused,” Ekneligoda said. “It violated orders of the High Court and obtained statements from witnesses only to, in the end, recommend the military suspects of the case be released and acquitted of all charges.”

Still hoping for the truth

On the anniversary in January 2022 of her husband’s enforced disappearance, Ekneligoda shaved her head, “to signify that I have separated myself from my natural life and that I am entering into another unknown,” she said, explaining her now well-known appearance.

“I also wear black to express my anger and my opposition to those who abducted my husband, and also to mourn Prageeth’s loss. “The red represents my heart that is still alive,” she said, explaining the black lungi sarong and red scarf that now form part of her trademark attire.

Ekneligoda’s fight for justice continues, despite the recommendation of the Commission to acquit the military suspects in her husband’s disappearance. In September 2022, she took the floor at the opening of the 23rd session of the UN Committee on Enforced Disappearances (CED) in Geneva, one of the countless times she has recounted her story over the past 12 years. Ekneligoda pointed out that over 130 Sri Lankan mothers have died during their pursuit of justice.

“Among them, the Tamil mothers from the North [who] have been at the forefront of the continuous struggle for justice,” she told the Committee. “They too have had to face many obstacles to obtain help and assistance from State institutions. Can you imagine the harassment these Tamil-speaking Mothers must face given the harassment I myself had to go through despite being a Sinhalese-speaking woman?”

“What has been taken from us is our loved-ones, a part of our lives and our happiness,” she added. “[What] I am aiming and hoping for is justice and until the day I receive justice, I will keep [fighting to maintain] Prageeth’s disappearance and memory alive.”

Sri Lanka is a State party to the International Convention for the Protection of All Persons from Enforced Disappearances, committee members stated. As such, the State has the international obligation to apply the Convention and submit its report to the Committee for review and recommendations. States are also obligated to ensure that women – who often lead the struggle for truth on the disappearance of their relatives and, consequently, face a wide range of repercussions and reprisals – are protected against all ill-treatment or intimidation as a consequence of their daily fight to search for their disappeared loved ones said CED member Suela Janina.

“The voices of those affected by enforced disappearance should be heard and the full ranges of human rights violations must be acknowledged and addressed,” Janina on behalf of the Committee. “We will follow on your case and hope that we will have soon a constructive dialogue with the authorities of Sri Lanka.”

Disclaimer: The views, information and opinions expressed in this article are those of the persons featured in the story and do not necessarily reflect the official policy or position of the Office of the UN High Commissioner for Human Rights.

Original Caption: “Search for journalist continues 12 years after his disappearance”