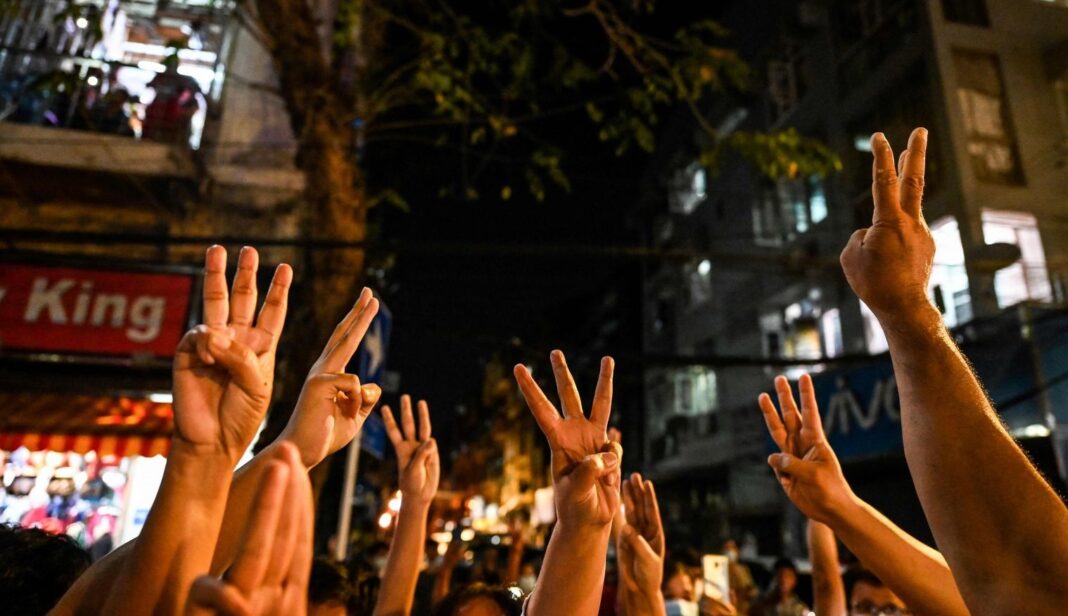 It is said that, whom the Gods wish to destroy, they first make mad. Well, Sri Lanka exemplifies the madness of a State, perpetuated by a regime unwisely elevated to power through an enormous electoral majority, which now makes use of that vote to do whatever it wishes.

A few days ago, the unspeakable Mayor of Moratuwa who outrageously confronted his district’s medical officer of health by barging into an orderly vaccination process and demanding priority treatment for his supporters, was arrested. It is to the high credit of that medical officer that she refused, with commendable dignity and composure, to give way to his blustering demands. But what is the point of this arrest? Akin to what has happened in regard to similar instances, he will probably be released when the ‘heat’ dies down and the case will be quietly dropped thereafter.

The people of Moratuwa should be ashamed of themselves for electing such caricatures into authority but undoubtedly, the same may be said of many more such examples elsewhere. The bigger question therefore is as to how can this strutting local potentate be blamed when Sri Lanka’s tragi-comedic vaccination drive is riven by politicisation through and through? Reportedly, the Mayor was following in the distasteful footsteps of a ‘thug’ Minister in Kurunegala who had imposed his will on vaccination priority lists. Earlier, another Minister overrode district health officials by lifting the isolation status of Kesbewa-Piliyandala, leading to a super spreader virus event in the Western Province.

No punishments ensued in each of these instances. Instead, the police went around clapping people without masks into jail and in one ludicrous instance, arrested a maskless Muslim man pictured loading a wheelbarrow with groceries when the Government prohibited people from using vehicles to buy goods on May 25th as pandemic restrictions were relaxed for one day. Whose bright idea was it to impose such a patently idiotic prohibition in the first place? Predictably it was flouted with vehicles aplenty on the road on that day. The whole point of the law is that it should not be absurd in the first instance.

To be obeyed, a decree must be reasonable

For example, if the State decrees that all citizens shave their heads, that is not a decree that can be or for that matter, should be obeyed. Similarly when the Government and the police impose restrictions, they must do so on the basis of simple commonsense. But that is precisely the factor that is missing in the chaos that passes for governance. So the carefully choreographed wordplay of President Gotabhaya Rajapaksa criticising the antics of the Moratuwa Mayor with his nephew, the Prime Minister’s son and an eager aspirant to the Rajapaksa throne, apologizing in that regard must be taken with a pinch of salt.

If this Government was true to the principle of good administration, televised dramatics or the show arrest of one asinine local official will not suffice. And blaming the media for focusing on such incidents does not work either. Rather, it must radically reform its handling of the global pandemic including putting a stop to politicians and military men dictating health policy rather than competent public health experts. It is all the more important therefore that we salute courageous public officers who stand up to rude politicians as was seen in Moratuwa by its medical officer of health and previously by determined forest officers in resisting the pillage of Sri Lanka’s wondrous natural environment by political greed. For there is considerable risk in doing so, we must not forget.

Just recently, the Kotmale Assistant Land Commissioner and a former Divisional Secretary was summarily arrested, reportedly for criticising the deforestation of Sinharaja on his Facebook page and causing public unrest in violation of Section 120 of the Penal Code. This archaic provision prohibits the causing of ‘discontent or disaffection’ among the people. However, this prohibition has been subjected to extensively authoritative judicial interpretation in the light of constitutional principles to make sure that reasonable and legitimate criticism is not discouraged thereby.

Public officers have the right to protest

Public officials, as much as the general citizenry, have the right to the freedoms of expression and opinion, as repeatedly affirmed by the Supreme Court. In fact, restrictions imposed by the Establishments Code on public servants have been held to yield to constitutional freedoms, provided that the rights are exercised with responsibility. The (Sinhala) Facebook post by this public official was neither inflammatory or incendiary. Instead, it reflected his genuine concern and sadness regarding the relentless deforestation of the rainforest, one of Sri Lanka’s globally acclaimed protection sites.

Earlier, a brave teenager who similarly challenged the authorities on the rape of Sinharaja was iintimidated. The arrest of this state official points to a deeply worrying trend that must be resisted at all costs. Meanwhile, as public servants are arrested for voicing protests, favourite business cronies of this regime earn far more than a quick buck off the misery of thousands and a sadly lopsided vaccination process privileges the politically favoured. And several thousand Sri Lankan citizens who got the first shot of the AstraZeneca vaccine on the priority list are deprived of the second shot as the priority list was discarded and vaccines distributed to all and sundry.

Even on that crisis, profits were sought to be made. Government frontmen lobbied for private companies to act as the middleman in getting the needed vaccines only to be rudely rebuffed by the global pharmaceutical giant. In all of this, it is Sri Lanka’s name that suffers just as much as there was widespread humiliation when the World Health Organisation (WHO) refuted a bizarre claim by the President’s newly appointed spokesman that the President had been instrumental in getting WHO to approve the Sinopharm vaccine for global emergency use.

Where is the vaccine to help return decency to Sri Lanka?

Do these former television anchors think that issuing statements on behalf of the Office of the President is akin to spewing propaganda for gullible local audiences? Then, at least they disgraced only themselves and their politically biased television channels. Now they put Sri Lanka and its unfortunate citizenry to global shame. Meanwhile the antics of  Government Medical Officers Association (GMOA) trade unionists masquerading as medical men as they unabashedly support the ruling Pohottuwa political party is yet another example. Indeed, we proceed from comedy to farce as the GMOA claimed with astonishing brazenness that the vaccination of relatives of its members over and above other health sector professionals was a ‘gesture of goodwill.’

This is a quaint rendering of that term, on all accounts. For whom was this ‘goodwill,’ we need to ask? Certainly not to frontline workers such as nurses and allied medical sector professionals who immediately threatened to stop work given the privileging of the GMOA. Not content with this, the GMOA spokesmen lambasted the media for asking inconvenient questions. The Association of Medical Specialists (AMS) put the matter very well when it roundly condemned the ‘certain high handed actions of powerful health sector trade unions in relation to the administration of the second dose of the AstraZeneca vaccine.’

Warning that this is the ‘final rescue mission’ to put a scientifically handled vaccination process back on course, the AMS urged the authorities to introduce a clear and strict vaccine roll out plan. Whether this warning will be heeded remains to be seen.  What is obvious however is that we are a sick country, afflicted by far more than the covid-19 virus. The sickness is in ourselves, reflected very well in the crudities of the representatives whom we vote to power, at local, provincial and national level.

At some point, the global pandemic may perchance be tamed but where is the vaccine to restore democratic health, nay, simple decency and civility to the way that Sri Lankan society functions?