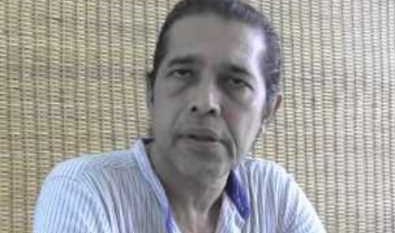 In a strange tune of events, Sri Lanka chapter of  Pakistan based the South Asian Free Media Association which includes well-known Sri Lanka journalists has come out supporting president Rajapaksa for protecting the “rapidly degrading natural environment of our beautiful island nation”.

At the same time, it indirectly accuses India for the UNHRC resolution on Sri Lanka saying that “SAFMA-SL stands firm with the nation in upholding its citizens’ freedoms and in resisting any interference by foreign powers that would exploit local rights violations and political repression for their own geopolitical purposes.”

The statement which focuses on press freedom is signed by former Observer Editor, Lakshman Gunasekara, as the President of Sri Lanka Chapter. He is an Ex-Co member of the Free Media Movement. Another Free Media Movement executive Thaha Muzammil too has signed the statement. NM. Ameen, a well-known Muslim Rights activist also plays a leading role in SAFMA.

On the other hand, leading Sri Lankan Muslim rights activists have spoken in support of the resolution. Last week  Muslim diaspora groups presented a nearly 300-page document on harassment face by Sri Lankan Muslims to the office of  Organization of Islamic Countries in Geneva.

NM. Ameen is well known Muslim Rights activist and all of them are senior journalists.

Whether the statement has the approved by the Ex-Co is not clear. The last paragraph of the following statement has no relevance to  Freedom of expression rights  in Sri Lanka.

The South Asian Free Media Association Sri Lanka Chapter is alarmed that the recent public speech by President Gotabhaya Rajapakse indirectly naming and attacking a specific television and radio company for its sustained reporting on continuing environmental degradation in the country will worsen an atmosphere that restricts the nation’s right to know. SAFMA, which is a small body of socially concerned professional journalists networked throughout SAARC, invites the President to pinpoint any specific mis-reporting and stands ready to help rectify any unprofessional journalism.

Significantly, the President’s public speech, while referring to a news report, fails to systematically rectify any serious mis-reporting by the indirectly named media company concerned. Rather, the President seemingly questions that company’s right to continue to inform the public on the increasingly urgent and serious ecological crisis the nation faces. It would greatly help if the President and the relevant mass media authorities pinpoint the actual mis-reporting incident and make the necessary public clarifications that systematically rectifies any irresponsible journalism.

Instead, if the reports of his recent speech in the Nuwara Eliya area are accurate, the President, who is the apex political authority in the land and, furthermore, is one of the most popular and respected political leaders in this country’s history, seems to be indirectly targeting a specific media company and broadly attacking its right to generally continue to inform the nation on key national issues. As a result, there is created an atmosphere of negativity regarding such nationally valuable journalism and undermines the nation’s right to be informed.

SAFMA Sri Lanka strongly affirms the public’s right to be informed to the maximum on such a critical matter as the ecological crisis that Sri Lanka faces and the President himself has acknowledged as a national problem. SAFMA-SL hopes that the President will respond positively to the environmental problems exposed by news channels and swiftly reassure the nation that these problems are being speedily addressed. Such a generic questioning of any news channel’s right to generally inform the nation serves only to discourage such investigative journalism as well as discourage both officials as well as concerned citizens from any vigilance to curb environmental degradation that, by all reportage from most news channels, is, indeed, at critical levels.

SAFMA Sri Lanka recalls that this same, indirectly named, news media company, as well as other private sector media companies and individual journalists have been subjected to not just verbal intimidation but also actual violence by unknown and unidentified parties during several previous governmental regimes. Sri Lanka has a long and shameful history of cruel harassment, murder, bombing of broadcasting studios and, ‘disappearances’ of media personnel with almost no prosecutions or identification of perpetrators. It is disappointing that the President’s statements echo previous intimidatory statements by political leaders and also by anti-State rebel leaders north and south that have wrongfully targetted and intimidated journalists and news media ventures.

SAFMA-SL reminds Sri Lankans that freedom of expression, right to information and, media freedom are inherent citizens’ rights enshrined in the Constitution and are certainly not privileges ‘granted’ by any individual governmental leader or political authority. Rather, all elected politicians are empowered and paid with public funds to dutifully uphold such constitutional rights of citizens.

SAFMA Sri Lanka upholds all positive initiatives taken by the President to protect the rapidly degrading natural environment of our beautiful island nation. SAFMA-SL stands firm with the nation in upholding its citizens’ freedoms and in resisting any interference by foreign powers that would exploit local rights violations and political repression for their own geopolitical purposes.