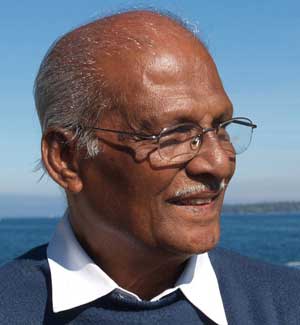 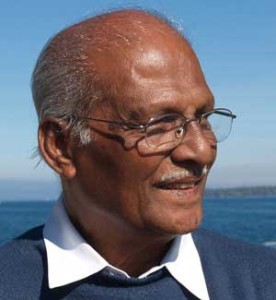 ”I am deeply honoured and very pleased to be able to contribute an article on an individual who is a lawyer, human rights activist and communicator and one who possesses the attributes I outlined in abundance.  S.G. Punchihewa has spent decades of his life, serving the peoples of this country, tirelessly talking and writing about rights through good times and more frequently through bad and even worse times”

Sri Lanka faces the challenge of moving from a post-war to a post–conflict situation defined in terms of the causes of conflict not being sustained and certainly not being reproduced.  This means a solid solution to the situation of the internally displaced in terms of their livelihoods and housing, the proper rehabilitation of LTTE cadre and their reintegration and acceptance by society, resolving the issue of detainees, “surrendees”, of those who died and those who were killed during the war, healing the scars of the survivors, reversing the culture of impunity in respect of a host of human rights violations and the honest search for a political and constitutional settlement that will ensure the equality of all the citizens of Sri Lanka irrespective of their particular identities.  This means addressing fairly and squarely the question of whether true unity can be achieved without reconciliation and true reconciliation without accountability.

Reinforcing all of this are challenges of governance that predate the war.  These relate to the integrity of public institutions and processes, checks and balances on the exercise of executive power and authority, their immunity from corrosive politicisation, “state capture” and the curse of the consolidation of executive power at the centre in one ethnic group, elite, a single party, individual or family.

All of these make up our polity and our political culture and all of this cries out for reform and transformation.  This can only be achieved if citizens actively participate in this reform and change.  No functioning democracy can be sustained if its citizens are part of an audience watching the farce or tragedy that passes for government and governance – they have to be the players, the stake -holders. Without their vigilance, democracy will be distorted and eventually destroyed.

For them to be actively engaged in transformation it is important that they understand the importance of that transformation, the urgent need for it and their pivotal role in its realisation.  Not every citizen is aware of the complexities of governance in terms of the plight of others, the overarching significance of the rule of law and the critical role of reconciliation for unity.  Likewise, not every citizen is aware of their own rights or the duties and responsibilities that go with them.  Awareness -raising of the citizenry of their rights and responsibilities requires effective and committed communicators who can speak to the public at large in easily accessible prose and speech-which are clear and cogent without exaggeration or distortion. This requires the communicator to understand rights and responsibilities in a functioning democracy and moreover to be able to communicate this effectively and believe in the message to be communicated.  Sincerity, commitment, coherent understanding, passion and humour are indispensable attributes for a lawyer, a human rights activist and communicator.

I am deeply honoured and very pleased to be able to contribute an article on an individual who is a lawyer, human rights activist and communicator and one who possesses the attributes I outlined in abundance.  S.G. Punchihewa has spent decades of his life, serving the peoples of this country, tirelessly talking and writing about rights through good times and more frequently through bad and even worse times.  He has never lacked in courage and integrity, sincerity and commitment in outlining the consequences of the abuse of power and of the allure of power by and to those who have exercised it in successive governments.  He does it without fanfare, simply and intelligently, getting his argument across gently and ever so effectively as a result.

I have had the privilege of working with him, sharing the stage with him, reaching out to citizens throughout the land from north to south and east to west and marvelled at his energy and commitment and that gift of communication breaking down the complexities of issues and concepts with homespun wisdom and mischievous humour.  Whether it has been university students, politicians, school-teachers, lawyers or farmers, SG has been equally eloquent and effective on human rights, language rights, devolution and reconciliation.

Civil society anywhere in the world needs such individuals.  They are gifted and rare. They are a treasure.
SG, I salute you, above all for your tireless efforts and dedication and the natural gifts you bring to bear on making this our country a decent and civilised society in the sense that the Israeli philosopher Avishai Margalit meant when he wrote about a society in which institutions do not humiliate people and people do not humiliate others.