Sri Lanka: The Promise of Justice for Easter Sunday Massacre Is A Big Lie – Basil Fernando 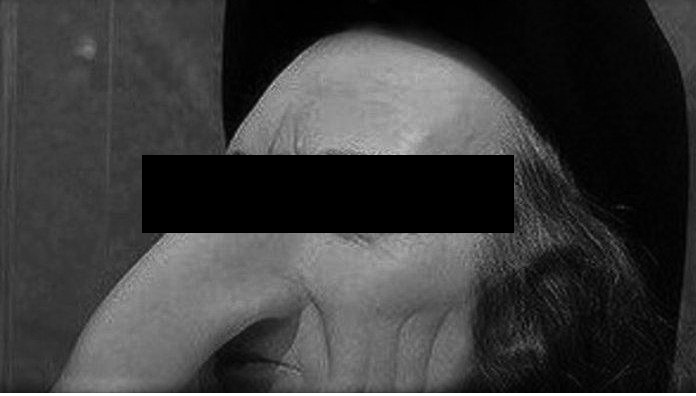 Cardinal Malcolm Ranjith presided over the 21st of April commemoration with the participation of other religious leaders. Talking about the issue, he has said that the problem is not just about Catholics, but that it is about the whole country. According to him, he sees the problem of terrorism and extremism as factors behind The Easter Sunday attacks. His repeated complaint is that those who are behind the attacks have not been identified. And he warns that this may create a dangerous situation for the country.

While it is true that there is a complete failure to investigate the crimes which were committed on the 21st of April 2019 and therefore there is a serious consequence following from that to the whole society, a question that even the Cardinal does not address is what is the serious problem that has made these bomb attacks possible and what has created the circumstances to prevent investigations into the matter within the framework of the law in Sri Lanka.

There is a very simple answer to that problem. It is that Sri Lanka by now lacks the professional criminal justice investigating capacity to investigate any of the serious crimes that are taking place in the country and that however horrendous the 21st April attacks are, this too falls within the same category of uninvestigated crimes.

Inquiries by commissions are not investigations in terms of the criminal law of Sri Lanka. They are public inquiries where anyone is able to come and say whatever they know about it or whatever they heard about the relevant incidents. However, the conduct of these commissions are not done with the view of establishing evidence that could be led before a court on the basis of which a court may after a fair trial convict a person for the commission of a crime including the involvement in a conspiracy to commit such a crime.

The question that is not addressed

To collect evidence that could stand the test of a court of law requires adherence to laws relating to evidence and criminal procedure in Sri Lanka. If a case cannot be proved within the framework of the law of evidence and if the evidence cannot be obtained through processes that are allowed for that purpose in the Code of Criminal Procedure, there is no likelihood at all that the truth of a crime will ever be established in a credible manner.

However, this issue has hardly been discussed by anyone including the Catholic hierarchy in dealing with the questions of the liability for the crimes committed in relation to the bomb attacks which took place on that fatal Easter Sunday.

What is important is to find out

However, what is important from the point of view of the law is not just who is ultimately responsible. What is important is to find out how the crime had been planned, how and by whom the crime was carried out, all the details about every possible evidence that is there to point out that the crime took place in a particular manner with particular details, that an impartial judge or jury would find compelling enough to convict the accused parties.

The tragedy of Sri Lanka is that today the capacity to deal with crimes in that professional manner is no longer a capacity that the country possesses. Reasons for this are many and they are quite well known to all concerned including the public.

The system of criminal investigations has been interfered with severely for political reasons and with that, the most important element in the development of the criminal investigation capacity has been seriously undermined. That capacity is the confidence that the professional investigator would have in knowing that he or she could use all the learning and training and experience that has been gained in the past, solely for the purpose of finding evidence.

The investigator into a crime deals solely with facts and the logical conclusions that could be arrived at through the facts. Like any other professional, he cannot be guided by any other consideration except the objective proof of all matters that are relating to crimes. However, this idea of an independent criminal investigator has been virtually lost in Sri Lanka. And while it has taken quite a considerable time to gradually lose this capacity, no one in authority has intervened in order to stop this downward trend that is the most serious problem that the country is faced with.

Terrorism and extremism will emerge in any society. If the State does have the capacity through its public institutions such as the criminal investigating units to collect information of crimes that are being planned and if the crimes in fact have taken place, of finding all the evidence relating to this, within the shortest possible time, then any extremism can be brought under control.

Not only that, there could be such control that even the behavior of anyone who wants to be a terrorist or an extremist, taking to arms, would be most cautious. Such a person or a group will be aware that their chances of being caught and being punished severely is most likely if they followed their fancies into action. It is only a functional criminal justice system that can create the greatest deterrence against the recurrence of such violence.

Who the Maha Mola Karaya Is, Is Not the Real Issue

However, in Sri Lanka, a much easier path is taken by those who may even with very good intentions, claim that they wish to know who the big brain “Maha Mola Karaya” behind these attacks is. This is very attractive political language but it does not carry much meaning in terms of dealing with a massacre such as the one on Easter Sunday or for that matter, regarding any other crime.

Turning every issue into a pure political discourse where blame can be placed on this person or the other is a game that has become the preoccupation of everybody in Sri Lanka. No serious discourse is developed that could help resolve problems, and instead, attractive words and phrases are being hurled at various people, creating the impression that there is a serious concern about what has happened to the victims of such crimes. Such lack of serious concern transforms everything into trivialities.

This trend of abandoning criminal investigations started with the 1972 Criminal Justice Commissions Act. The argument that was developed then was that since it is difficult to collect the kind of evidence that could stand the test before a court in terms of observing evidential rules and criminal procedures is difficult in dealing with the insurgence, therefore a shorter cut should be found to convict people without following the rules of a fair trial as prescribed by the Sri Lankan law. Unfortunately, five of the senior Supreme Court Judges including the then Chief Justice and the Attorney General himself agreed to follow this more convenient path.

From then on, it gradually developed into a situation where with regard to almost any matter of seriousness, commissions were appointed to go into matters where in fact it should have been dealt with within the framework of Sri Lanka’s system of justice, through its courts and through the system of criminal investigations and prosecutions.

Now, virtually every commission report is taken as if their reports are like the orders coming from courts. Merely appointing sitting or retired Supreme Court Judges or any judges to these commissions does not at all add to an aura of credibility to these commissions. They are not courts of law and the task of dealing with justice for crimes is the task of courts. That is the practice that has been developed all over the world through many centuries of practice.

Addres the core of the issue

At least now, Cardinal Malcolm Ranjith as well as other leaders not only of the Catholic Church but also of other religions and all other persons who play a role in influencing public opinion should address the core of the issue, which is concerning what has happened in terms of criminal justice investigations into this particular case regarding the Easter Sunday attacks as well as all other crimes that are taking place in the country.

The real danger to the country that Cardinal Malcolm Ranjith warned about is not just about terrorism or extremism but the collapse of the criminal justice investigating capacity and the capacity of the Sri Lankan system of justice to ensure that all serious crimes are dealt with within the framework of law and that criminals are brought to justice. That danger is ever increasing. It has gone even to the extent where serious criminals are being given Presidential pardons without following any kind of rules acceptable to a civilized society. It is even now proposed that the Parliament should be allowed to take action to withdraw cases about crimes that have been filed in the courts already.

All this is the tragicomic situation that Sri Lanka is facing. The victims of crimes including the victims of this particular crime are not only not being given justice within the framework of the law. There is not even a cry from the society to demand justice within the framework of the law carried out through the institutions that are appointed for this purpose.

The situation is so pathetic that the former President of the country who was the Head of the State when these tragic incidents took place can even publicly claim that he knew nothing about the information that had been received prior to the incident about this crime. That demonstrates what has happened to the entire system of governance as a result of the very foundations of the Governments being removed by the displacement of the country’s criminal investigating system.

If this matter is not addressed when the third anniversary of this incident comes up next year, the kind of talk that will be there still will be no different from what it is now.