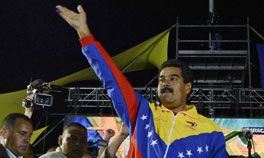 Gampaha Mayor, Erange Senanayake, who was arrested on the charge of forcing the Gampaha Police to release a suspect drunk driver from police custody, was released on two surety bails of Rs 150,000 and a cash bail of Rs 15,000 by the Gampaha Courts, yesterday.

Mayor Senanayake was also charged for trying to run over a PC (Traffic Branch) and later assaulting him.

According to Gampaha Police, Mayor Senanayake was asked to appear before Courts on 22 April.

Gampaha Police had filed charges of obstructing police duty, influencing a government employee, assaulting and intimidating against Senanayake, and had requested the Courts to remand him for 14 days. However, the Courts released Mayor Senanayake on bail.

A high ranking official in the Police Department said the police initiated an investigation to arrest Gampaha Mayor, Eranga Senanayake, in connection with a case where Mayor Senanayake had forcefully released a drunk driver, who was in police remand.

The same sources said the incident had occurred near the Sanasa Bus Stand on Yakkala Road, Gampaha on Tuesday (16) around 6:30 p.m. The PC who was assaulted and the Police Sergeant who was on duty with him at that time had made complaints.

The PC had again asked for the documents. Then he had dialled a number on his mobile phone and said, ‘Here there’s a call from the ‘Mayor’ for you,’ and held out the mobile phone to the PC.

But the PC had ignored the call, as the IGP had given them instructions through a circular saying not to respond to such calls even if they are from high ranking police officials. Thereafter, the PC had taken the motorcyclist into custody and tested to prove whether he was drunk. The PC and the motorcyclist had a heated argument whereby the Mayor had entered the scene in his black Defender. According to the PC, the Mayor was bare bodied and his goons had been seated in the Defender. The Mayor stopped his Defender slightly ‘brushing’ the vehicle on the PC’s body.

The Mayor had yelled out saying, ‘Rascal, why didn’t you reply me when I took the call?” and hit the PC dragging him by his uniform collar. The PC’s helmet was damaged during the assault.

The Mayor had then taken the motorcyclist’s licence from the PC and given it back to the drunken motorcyclist. The Mayor and his goons had fled afterwards. The PC had made a complaint to the Gampaha Police.

When contacted, Mayor Senanayake, said in a light mood, “That was not me. That was my secretary. I told the police, the problem is solved.”