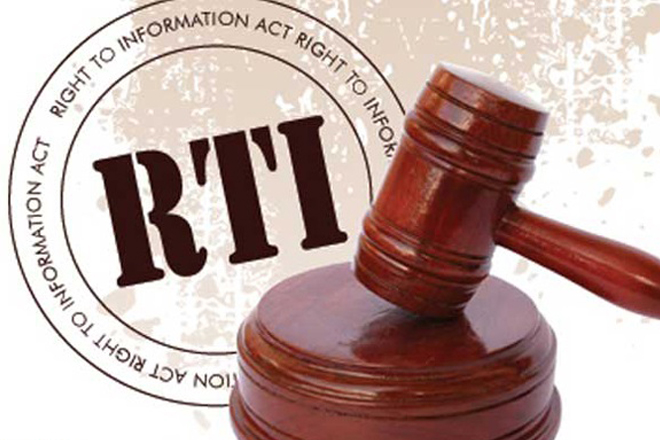 In the past one year following the operationalizing of the Right to Information (RTI) Act, No 12 of 2016, Sri Lanka’s first Right to Information Commission records a noteworthy increase in the numbers of appeals being filed before the Commission with information being released in a majority of cases as well as positive awareness on the part of many key Public Authorities of the Act.

During the previous month alone, the varied information that was released included the conclusions of the Commander of the Army and related documents connected to an inquiry into charges of sexual harassment against a senior military officer, vesting certificates relating to the acquisition of land by various state authorities including the Mahaveli Authority, statistical data on rehabilitated former cadre of the Liberation Tigers of Tamil Eelam (LTTE) classified by age, district and sex up to 2017 by the Bureau of the Commissioner-General of Rehabilitation, approvals of local authorities to irregular buildings and criteria on which promotions were granted in state institutions.

This week, the Commission issued an Order to the Sri Lanka Bureau of Foreign Employment to release the Memoranda of Understanding and/or Bilateral agreements pertaining to migrant workers between the Governments of Sri Lanka and Saudi Arabia, Qatar and Kuwait in view of the public interest in protecting the rights of Sri Lankan citizens who work in those countries.

While positive advancements are many, the Commission however notes with concern that certain Public Authorities have yet not appointed their Information Officers or named their Designated Officers and in some instances, not publicized the fact as compulsorily required under Section 26 of the Act. In other instances, Public Authorities have evidenced evasion by frequently asking for extensions of time to submit information that ought to be legitimately given. It is a matter for regret that defaulting Public Authorities in this regard include institutions that should be in the forefront of promoting the values of RTI in enhancing education and civic participation in the democratic process.

Though confusion in regard to the appointments of IOs and DOs as well as adherence to time lines in giving information may be somewhat flexible in the first few months of the operationalisation of the Act, that time period has now long passed. While the Commission would exercise its powers to initiate prosecutions under the Act sparingly, a pattern of evasive behavior on the part of Public Authorities would need to be responded to appropriately, including by publicly naming such entities in reports submitted to Parliament.

By October 2017, the Commission had released information in 37 appeals involving full length hearings of the Public Authorities and citizens with close to 220 proper appeals being received by it. 218 Appellants had to be requested to remedy their appeals due to various flaws such as directly coming to the Commission from a decision of the Information Officer rather than appealing to the Designated Officer as required by the Act.

As at February 3rd 2018, the Commission has now approximately 411 perfected appeals received by it with appeals being concluded/pending/listed before it for hearing in approximately 350 cases. Information has been released in a majority of the appeals (81) and a few dismissals of vexatious appellants has also been recorded along with a decrease in defective appeals which is attributable to the appeal process gradually becoming more familiar to citizens.

All the Orders of the Commission are available on its trilingual website, http://rticommission.lk/. Detailed reasons for the release of information are made public. The Commission considers this important so that Public Authorities and the general public are aware of the balance struck between the public interest underlying the principle of maximum disclosure in the Act and considerations of privacy along with other narrowly specified grounds on which information may be denied.

While many appeals deal with maladministration in government, a significant percentage relates to procurement issues, wastage of public funds, inefficient service delivery and information on development projects. Almost a quarter concerned human resource disputes in Public Authorities such as lack of transparency arising in the conducting of exams as well as awarding promotions while the other most frequent area in which appeals were lodged was with regard to land and property disputes. In addition an increasing number of appeals concern school admissions and administration.

The Commission which is also mandated by the Act to provide advice on the process by which information is released even though advice may not be given on the subject matter of an information request which may come up before the Commission on appeal. The most frequent requests for advice on processes of information seeking and giving under the Act come from local government bodies, divisional secretariats and public enterprises. In 2018, as the Commission gets its independent Fund voted on by Parliament as required in terms of Section 16 of the Act, it will engage in greater public outreach with entities obliged by the Act to provide information.

It is also encouraging to note that many Public Authorities have already sent in their Annual Reports to the Commission as required under the Act. Greater compliance with Sections 8 and 9 of the Act that specify proactive disclosure in regard to budgets, public services, expenditures, procurement processes and prior disclosures from specific requests in line with the Guidelines of the Commission available on http://rticommission.lk/ needs to be evidenced during the coming months.