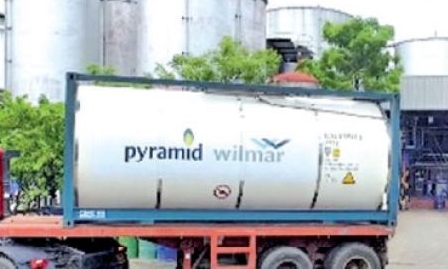 Pyramid Wilmar (Pvt) Ltd–the private company accused of profiteering from the Government’s massive sugar tax cut–imported 1,222 percent more sugar than usual between October 2020 and February 2021, but did not pass the advantage to consumers, the National Audit Office (NAO) states.

The NAO calls on the Government to recover its lost revenue by correctly identifying the companies that had benefited from not transferring the tax cut to the people.

The Finance Ministry admitted last year that the Government’s decision to slash the sugar tax caused “foregone revenue” of Rs 15.951bn while not achieving the desired effect of reducing retail prices. (The NAO report places the lost tax income even higher). The Ministry also said it was only carrying out instructions from the President’s office as conveyed by his Secretary, P.B. Jayasundera.

Foregone earnings are the difference between earnings actually achieved and earnings that could have been achieved by way of tax.

Importers and traders earned “greater economic advantage through the reduction of taxes on sugar by the Government, while suppressing the Government’s intention to provide concessions to the consumers,” the NAO said. The price of sugar in the market “had not decreased in line with the rate of tax reduction from the date of commencement”.

In October 14, 2020, the Finance Ministry reduced the special commodity levy (SCL) imposed on a kilo of sugar from Rs 50 to a mere 25 cents. By February 2021, the Treasury had lost around Rs 16.763bn in tax income, says a special NAO report produced on the request of Parliament’s Public Accounts Committee.

During the period of the tax cut, Pyramid Wilmar imported more than 125,000MT of white sugar to Sri Lanka. This is 45 percent of the total quantity brought in by all importers (which was 277,713MT). It was also an increase of 1,222 percent from Pyramid Wilmar’s usual sugar imports. The tax advantage gained was Rs 6.22bn, the NAO said.

Pyramid Wilmar was the only company from among nine major sugar merchants that brought in more than 10 percent of its earlier imported volumes, the NAO said. It had purchased just 2.1mn kilos of sugar a month during the first nine-and-a-half months of 2020. After the tax cut, this shot up to 27.8mn kilos a month.

Just one other importer boosted its sugar imports–by about six percent–during the same period. The quantities brought in by the seven others merchants dropped.

Meanwhile, Pyramid Wilmar already had 7,608MT of sugar in a bonded warehouse (without paying tax). On the day the SCL was reduced, it released 7,468MT to the market, paying the new rate of 25 cents a kilo. It received an immediate tax benefit of Rs 378mn within a day as the selling price of sugar had not yet been reduced.

A Consumer Affairs Authority (CAA) market survey between October 14 and November 1, 2020, showed the sugar price did not come down along with lowering of the SCL from Rs 50 to 25 cents. A maximum retail price (MRP) of Rs 90 per 1kg packet of sugar and Rs 85 per 1kg of loose sugar was decreed on November 10, 2020.

In June, still scrambling to control fluctuations, the CAA issued a gazette to rein in hoarding. On February 8, 2021, the MRP gazette was revoked. By the last week of July, the market price of sugar reached Rs 130.52 a kilo. It rose to Rs. 133.24 during the first week of August.

Even Lanka Sathosa–which sells the sugar it buys from the private sector–did not make purchases at the MRP. Therefore, the loss incurred from the date of the tax cut to early February 2021, when the controlled price was removed, was around Rs 102mn.

The Finance Ministry issued a gazette introducing a licence scheme for imported sugar. There were no follow-up instructions for implementation and no criteria.

“As such, the Import and Export Controller had granted approval for import of all stocks requested by all importers who had submitted applications for import of sugar,” the NAO states.

A massive quantity of sugar was purchased, according to Sri Lanka Customs data. The nine main companies imported 391.9mn kilos in the nine-and-a-half months before the tax cut. But between October 2020 and February 2021–around four months–they imported 245.4mn kilos. This led to significant foreign exchange outflows and defeated the purpose of issuing import licences.

While the scheme was introduced on October 30, 2020, implementation was delayed till November 18. During the interim, 18 companies imported 101,527MT. While an additional five percent of CIF value should be charged for goods shipped in without permits, the Controller General of Import and Export decided to levy only two percent of CIF value on these sugar stocks. The resultant loss of revenue was Rs 433.1mn.