Rishad writes to the president: “The Muslims are greatly traumatized and worried about the fate of our sick.” 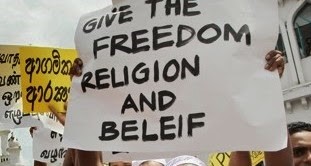 Leader of the All Ceylon Makkal Congress and former Minister Rishad Bathiudeen has  requested the president Rajapaksa to allow Sri Lanka Muslims to honour the dead and dispose their bodies as per the beliefs and traditions. ” As Your Excellency is aware, the body of a Muslim Lady, aged 52 from Modara was cremated yesterday by the Government Officials claiming it to be a COVID 19 death but later evidence proved otherwise. The Muslims are greatly traumatized and worried about the fate of our sick.” he says in his appeal to the president.

I thank you for your strong leadership in coordinating the challenges faced by the COVID 19 pandemic. We gratefully appreciate the yeomen service rendered by frontline Medical, Nursing, Armed services and government staff who are risking their lives to save lives.  “He who saves a life is as if he has saved all of mankind – Al-Quran 5:32

The Muslim Community is deeply distressed with the continued cremation of Muslims affected by the Coronavirus.

Your Excellency, needless to say, more than 180 countries around the world and the World Health Organization as per their interim guidelines dated 24.03.2020 on ‘Infection Prevention and Control for the Safe Management of a Dead Body in the Context of COVID 19’ that recommends burial and cremation of the Corona dead. Thousands of Corona dead are buried in mass graves in countries like the USA. UK, Italy, Spain, Australia, Singapore Hong Kong etc.  Sri Lanka through a Gazette notification on April 11th, 2020 has banned the burial of Muslims affected by COVID 19.

It should be noted that at the party leaders meeting held with the Hon. Prime Minister, we requested for the appointment of an expert committee of medical professionals to study the burial option from a scientific and ethical point of view. We would be pleased to nominate any number of well-recognized medical professionals to this committee. The Government Medical Officer’s Association (GMOA) too in writing requested the Director General, Health Services to set up such a committee.

Your Excellency, it is incumbent upon the living Muslims to dispose the body of a dead Muslim as per our religious rites. Among them, burial is the only option prescribed in Islam.. It is forbidden for us to cremate our dead. We are expected to take utmost care and sensitivity in even bathing the dead.

”Breaking A Muslim’s Bones When He Is Dead Is Tantamount To Breaking Them When He Is Alive” This Hadeeth is authentic and has been ascribed both to the Prophet (PBUH) and to one of the Companions. As such there is no permissibility to burn the corpse of a dead Muslim.

Many including me have brought this to the attention of Your Excellency and the government during the earlier stages of Covid-19. The government continues to cremate Muslims who die without any regard to the objections of the family and Muslim religious leaders.

As Your Excellency is aware, the body of a Muslim Lady, aged 52 from Modara was cremated yesterday by the Government Officials claiming it to be a COVID 19 death but later evidence proved otherwise. The Muslims are greatly traumatized and worried about the fate of our sick.

Honouring the dead and disposing their bodies as per the beliefs and traditions is the least respect and honour that can be bestowed upon the deceased. The Gazette notification of 11/4/2020 banning burials is scientifically and ethically flawed. This form of discriminatory action by the government has no basis as the entire world is permitting burials.

Hence, I humbly request Your Excellency to amend the Gazette and guidelines incorporating burial also as an approved form of disposal.