Right to Information: What can we learn from Sri Lanka’s experience? 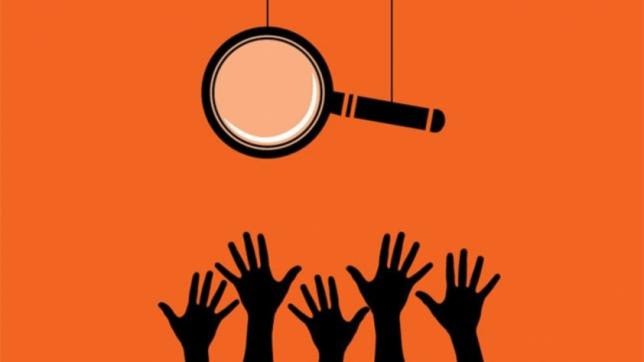 Sri Lanka was the last country in South Asia to adopt the Right to Information Act (RTI) in 2017. For many of us who were involved in discussions with our Sri Lankan counterparts before adoption of the law, it is gratifying to note the progress it has made in these two years. There is much that we can learn from their experience and use in Bangladesh.

Readers will recall that a key concern of RTI watchers in Bangladesh has been how to promote the use of RTI by the middle-class. In the earlier years, marginalised communities could be persuaded to make use of the law, but not so with the middle-class. The former quickly discovered its value to expose malpractices in the distribution of government’s safety-net programmes and obtain their rightful claims under them. The latter didn’t see similar benefits in the law for themselves. And they felt that the use of the law’s broader goals, such as monitoring the work of the government and unearthing arbitrary use of power and authority by public officials, could provoke retribution from authorities.

Can Sri Lanka’s experience help us in this regard? A look at how RTI has fared in Sri Lanka in the first two years and what role the educated middle-class played in it would help. Two recent reports/publications by the Sri Lankan Information Commission provided us with some guidance.

The more recent history of Bangladesh and Sri Lanka has much similarity. Bangladesh went through long periods of non-democratic military rule, as did Sri Lanka. A Sri Lankan observer says: “In Sri Lanka, which had undergone prolonged civil and ethnic conflict since the 1970s, where for decades people lived in conflict zones not asking questions and not challenging authority and where a climate of fear persisted beyond the ending of the war in 2009, this (positive) development (relating to RTI) was significant.” The law has been taken rather well by all, including the educated middle-class. According to another observer: “The slow transformation of an ‘information-closed’ culture to an ‘information-open’ culture is evident in Sri Lanka.” How has that been possible?

During the first two years of the law, 1,030 appeals were made to the Information Commission by disgruntled citizens who had made RTI applications to various public offices. Of these, 654 were concluded and decisions made. In the remainder, interim orders were issued by the Commission in most cases, releasing information in stages.

The decisions related to subjects that clearly indicated an educated, comfortable socio-economic context. They ranged from queries about agreements between Sri Lanka and other countries on migrant workers to conclusions of an inquiry into sexual harassment charges against a military officer. To details of salaries and benefits paid out of public funds to state sector/corporate senior executives; to approvals of local authorities given in contrary to law regarding irregular constructions.

It is obvious from the nature of the topics that these RTI requests did not come from marginalised or disadvantaged communities, who need to use the law for basic personal rights rather than the larger social good. They bear the mark of educated middle-class activists or RTI enthusiasts who set out to expose injustice and corruption.

A quick look, on the other hand, at the list of topics for RTI applications obtained from Annual Reports of the Bangladesh Information Commission (BIC) show that the top six topics dominating the complaint cases before the Commission in the last two years are related to: service matters, land-related issues, safety-net programmes, project approval issues, fund allocation and expenditure, tender-related issues and follow up on complaints.

It is clear that they originated mostly from the general public and the marginalised communities. Only a few of them bear the mark of middle-class concerns. What could be the reasons for such differences between the two countries?

Higher rate of literacy in Sri Lanka has perhaps facilitated greater public awareness about the law. But in absolute numbers, Bangladesh too has many highly educated citizens who could be equally enthused by the law. One wonders, therefore, if the real reason is fear of negative reactions from irate public officials, confronted with sensitive information requests. Is there less cause for fear in Sri Lanka?

The Sri Lankan reports show a perceptible willingness on the part of both the government and the Information Commission to make the system work. According to the report of the Commission: “Public Authorities have generally co-operated with the Commission in disclosing information following directives issued in appeals, despite a few government entities obstructing and/or delaying processing information requests of applicants.” The decisions of our Information Commission unfortunately reveal little such inclination on the part of our public officials.

Equally important is the conviction of the Sri Lankan Commission itself to make the law work: “In delivering these rulings, the Commission has endeavoured to maintain a fair balance between the principle of information disclosure for the public interest as emphasised by the Act…We have emphasised the principle of equity between the Public Authority and the appellant while taking into consideration the fact that the greater weight of resources and power lies with the State rather than with an individual citizen.” Note the clear pro-citizen stance.

Another encouraging feature is the way the Sri Lankan Commission has gone about giving its decisions in Appeal cases. Almost all the decisions dissected the facts of the cases most painstakingly and interpreted and applied the laws to them most professionally, as would be done by highest courts of law. Each of them bears the hallmark of the Commission’s efforts to apply the law to advance its avowed objectives. For citizens, such painstaking attention to the provisions of the law can only be very reassuring.

On the other hand, research on the records of the Bangladesh Information Commission decisions in complaint cases shows that in the years 2016 and 2017, 95 percent of the decisions were taken on factual observation and only 5 percent cases involved an analysis or interpretation of the law. Hopefully some additional efforts on the part of our Information Commission to explain their decisions, with particular reference to the objectives of the law, will reassure our citizens.

Let us, however, conclude on a more hopeful note. While there are not many high profile RTI cases drawing media headlines in Bangladesh yet—as in Sri Lanka—and while there is much frustration among our RTI-users about the restrictive tendencies of our public authorities and the Information Commission itself, the fact that some 7,000-plus citizens are getting positive responses to their RTI requests annually, however innocuous they may be, must be celebrated. In the words of the Sri Lankan Commission: “While the high-profile challenges are no doubt pivotal to urging a culture of transparency in the country, it is that slow and almost unnoticed empowering of ‘the ordinary citizen’, giving life to a hitherto mostly empty phrase, ‘We, the People’…in the constitutional text that is the notable promise of RTI regimes, happening away from the media spotlight as it were.”