Revolutions through the years: Furthering the cause for change 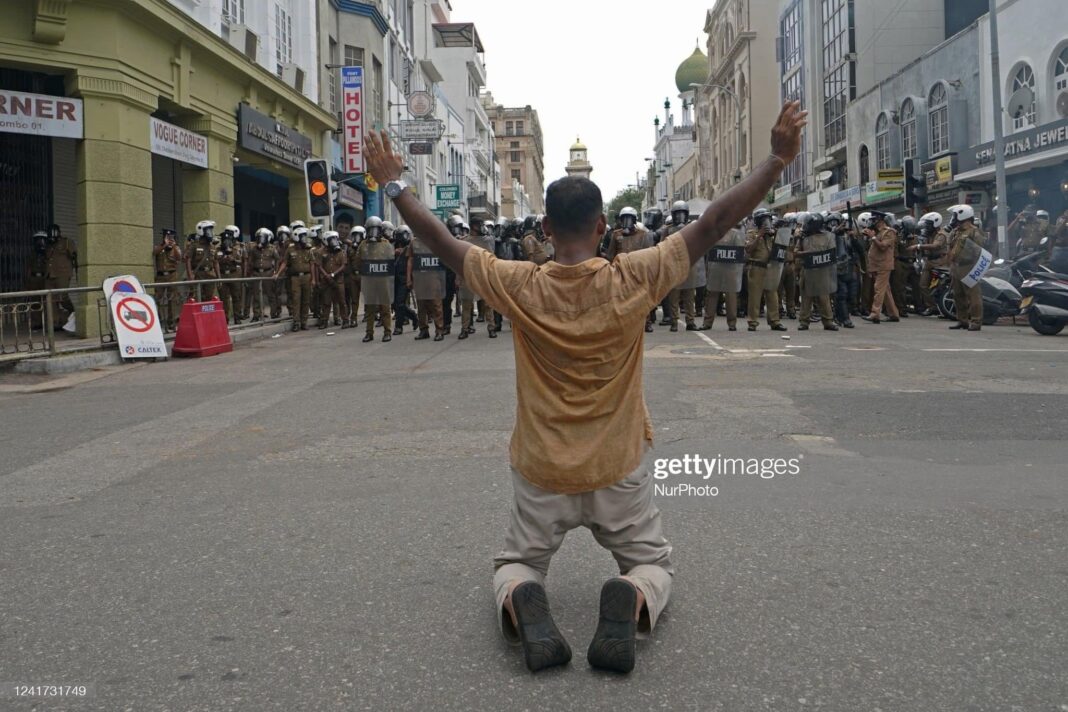 History is dotted with records of social upheaval, where groups of people sought a change in the established order. Today, Sri Lanka is once again in such a transitional period where a public movement seeks radical change as they believe that the leaders and the way of governance has failed them.

The Aragalaya movement, made up of a broad range of Sri Lankans, has had two primary demands – a ‘system change’ and the ousting of former President Gotabaya Rajapaksa from the post of Executive President.

The movement has succeeded in dethroning President Gotabaya Rajapaksa and his brother Prime Minister Mahinda Rajapaksa. However, the cause of achieving a ‘system change’ in governance and a change in the political culture of Sri Lanka remains a work in progress.

Over the pages of history, revolutions of varying success have led to change in many countries and become beacons of change for regions.

Broadly, a revolution is a struggle by the masses, who have been dissatisfied and/or oppressed. It has often been the young, educated segments of the broader community who have refused to continue living in an unjust, unequal and repressive status quo and risen up in numbers calling for change.

Often, revolutions entail violence and conflict, which over the years have enabled authoritarian governments to use the term ‘revolution’ and ‘revolutionary’ to justify aggressive or violent counter action against those involved in such movements.

Key revolutions in history like the French revolution of 1789 by French citizens seeking to radically alter their political landscape, uprooting centuries-old institutions such as the monarchy and the feudal system, was aimed at winning a cause, and less so on one individual. The ‘Liberté, Egalité, Fraternité’ (liberty, equality, fraternity) slogans of the French revolution would go on to play a major role in political change worldwide.

Like the French revolution, the Russian revolutions of 1917 saw the citizenry rise up against years of corruption and inefficiency which was widespread in the imperial government which had suspended the legislature and dragged the country into World War I. The Russian Revolution began with the slogan ‘peace, land, and bread’ and morphed into the October Revolution that changed the demand to ‘all power to the Soviets’.

A process of struggle

According to political analyst and former diplomat Dr. Dayan Jayatilleka, to understand the success or failure of a revolution, we need to comprehend not just the dramatic events of one, but also the process of it.

Dr. Jayatilleka pointed out that the American Revolution – also known as the War of Independence – began with the aim of becoming an independent nation, rejecting to be ruled by a monarchy and to create a new system of self-governance for themselves, and decided to be self-limiting in their goals.

Dr. Jayatilleka opined that although both the French and American revolutions were successful in achieving change, they did not prevent both nations from returning to internal conflict and civil war in the aftermath of the revolution.

Successful revolutions are those that are largely focused on the cause of changing the models of power and structures of governance, rather than being focused on individuals.

Dr. Jayatilleka stated that China and Vietnam were two success stories of revolutions, despite the violence and conflict the process entailed.

Sri Lanka also has a history of failed revolutions, with the youth-led revolts of 1971, 1979, and 1988 doing little to bring good governance, further democratic values and norms, and change the order of power in the island.

Many have likened the protest movement in Sri Lanka to the 2010-’11 Arab Spring series of pro-democracy uprisings that spread across several largely north African and middle eastern countries, including Tunisia, Morocco, Syria, Libya, Egypt, and Bahrain.

Dr. Jayatilleka stated that from a political science perspective, it was too early to arrive at such a categorisation of the Sri Lankan movement as the Aragalaya remained a work in progress. He opined that the Arab Spring model may not be a good fit for Sri Lanka.

According to University of Colombo Department of International Relations Senior Lecturer Dr. Maneesha S. Wanasinghe-Pasqual, the Arab Spring had limited successes, with change in governance occurring in only a few countries.

Change in governance and the overthrowing of repressive leaderships happened in Egypt and Tunisia due to the Arab Spring. However, changes which were borne out of the struggle may not be long lasting. Ten years after its protests sparked the Arab Spring, Tunisia remains the lone country in the Middle East to have effectively changed its system of governance.

However, many are now questioning the short- to medium-term effects of the Arab Spring, with Tunisians scheduled to vote in a national referendum on whether to adopt the new constitution recently proposed by President Kais Saied last week, which many observers fear could lead to backsliding the democratic victories of the Arab Spring.

Dr. Wanasinghe-Pasqual drew parallels from the Arab Spring movement to what is transpiring in Sri Lanka at present, stating that the wide use of social media to express dissent and organise protests by youth is a common factor.

The use of social media also enabled the spread of the pro-democracy movement across the region, acting as a catalyst for youth in other countries to demand better democratic governance and stand up for their rights.

According to diplomatic historian and Awarelogue Initiative Initiator Dr. George Cooke, the Arab Spring was a spontaneous movement that spread rapidly due to the wide use of technology including social media.

“The use of social media as a tool during the Arab Spring clearly aided its spread. However, people responded and came to join the pro-democracy movements following calls on social media because they had long-standing grievances and wanted change,” Dr. Cooke explained.

Sri Lanka needs to understand the significance of the public protest movement of 2022, Dr. Dayan Jayatilleka stressed, adding that it was no longer possible for politicians to continue with their ill-advised policies, corruption, and mismanagement that have plagued Sri Lanka for decades.

Although the Aragalaya movement remains ‘a work in progress,’ the continuing economic hardships will keep the public’s focus on seeking the ‘system change’ they desire. Dr. Jayatilleka warns that if the political elite of Sri Lanka think that they can use tools from a bygone era to contain or suppress the Aragalaya, they are very much mistaken and may push Sri Lanka to even greater peril.

The heavy-handed approach the State is used to employing to suppress dissent will only prove to be counter productive against the peaceful protest process.

The Aragalaya movement, like Sri Lanka, is now in a transitional phase. The battle cry of “Gota go home” has been achieved and with it a historic milestone has been reached; for the first time an elected Executive president, who had a two-thirds majority in the Parliament, was forced to resign.

How can the protest movement refocus and move forward?

According to Dr. George Cooke, it is important for the Aragalaya to formulate a new common cause and stick to it without being distracted or hijacked by groups with different agendas. Messaging and the terminology being used is key.

Dr. Cooke points to the use of key slogans, the power of words, and the availability of social media as a bullhorn for protest and for the pro-democracy movement to keep pressure on the Legislature and the State to listen to the will of the public.

The ‘system change’ that the movement called for and in particular the need to change the Constitution on the Executive Presidency and the strengthening of the power vested in the Legislature with adequate oversight on policymaking and corruption will need to be emphasised in the future.

Dr. Cooke also said that the Aragalaya should continue to engage with the Sri Lankan expatriate community and international media to keep the spotlight on Sri Lanka to effect peaceful democratic change that is needed.