Reveal the truth; JHU, NFF ask why Ramaphosa is in Sri Lanka; who invited him? 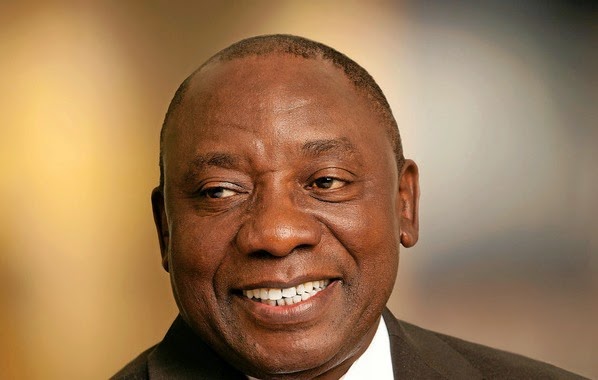 Two main constituent parties of the United People’s Freedom Alliance (UPFA) Government, the Jathika Hela Urumaya (JHU) and the National Freedom Front (NFF), who were up in arms against the visit of the South African Deputy President Cyril Ramaphosa, are now demanding to know as to why he is in the country.  While accusing the government of not revealing to the country why Ramaphosa is arriving here, both parties warned that government will have to face grave consequences if the Deputy President is in the country to broker a power devolution package.
“In our 12-point proposals, discussed with the government, which they agreed in principle, our fourth proposal underscores our opposition to engaging a third party to hold discussions a problem already solved by military means. Eric Solheim came here in the past to discuss with Prabhakaran. Is Ramaphosa coming here to hold discussions with the TNA, which had close links with the LTTE at that time? We don’t see any justification in inviting a third party to hold discussions with the TNA, which is in Parliament now,” Minister Wimal Weerawansa said, elaborating on his Party’s decision.
He added that the fourth proposal in the NFF memorandum, submitted to the government, specified it should not hold any discussion with any party about the 13th Amendment. It also emphasizes that logistics facilities for involvement of a third party should not be made available by the government.
Asked whether the NFF would leave the government over this issue, Weerawansa said his Party will announce its stand this afternoon.
He however, indicated that the NFF would not leave the government immediately, but would send a strong warning.
On the other hand, he said the government hierarchy, who unilaterally approved the involvement of South Africa as a third party in the talks between the government and the TNA, should face the repercussions alone, in the event country’s situation turns from bad to worse.
“The JHU echoing the sentiments of the NFF said it was disgusted and disapprove the move of having South Africa as a third party in talks that could lead to severe repercussions than what was caused by Norway as a mediator in the last decade. “A delegation cannot come to the country in an ad-hoc manner without having the approval of the government. We demand to know who invited them here,” JHU National Organizer, Nishantha Sri Warnasinghe said, and warned, “This move will boomerang on the government as the envoys being named by the African National Congress (ANC), the ruling party, are known for their bias towards the LTTE.”
“The ANC, including Cyril Ramaphosa, who has been appointed as the special envoy, is not only sympathetic towards the LTTE, but was involved with the Transnational Government of Tamil Eelam, of which Visvanathan Rudrakumaran acts as the Prime Minister. Also, we must not forget that UN High Commissioner for Human Rights, Navanetham Pillay, who is up in arms against Sri Lanka, is also of South African origin. As a whole, this move cannot have positive results for the Sri Lanka or the government,” he said.
South Africa recently appointed Ramaphosa, who headed the ANC delegation that negotiated the end of apartheid with the white government in 1991, to deal with the Sri Lankan issue.
A delegation, led by Leader of the House, Minister Nimal Siripala de Silva, visited South Africa on 20 February for discussions with the South African Government and the ruling ANC to study their Truth Commission.
Followed by this, the TNA, which has been emphasizing constantly on a third-party mediation to resolve the Tamil question in the island, toured South Africa for three days from 10 to 12 April. The delegation headed by R. Sampanthan included MPs Suresh Premachandran, M.A. Sumanthiran and Selvam Adaikalanathan.