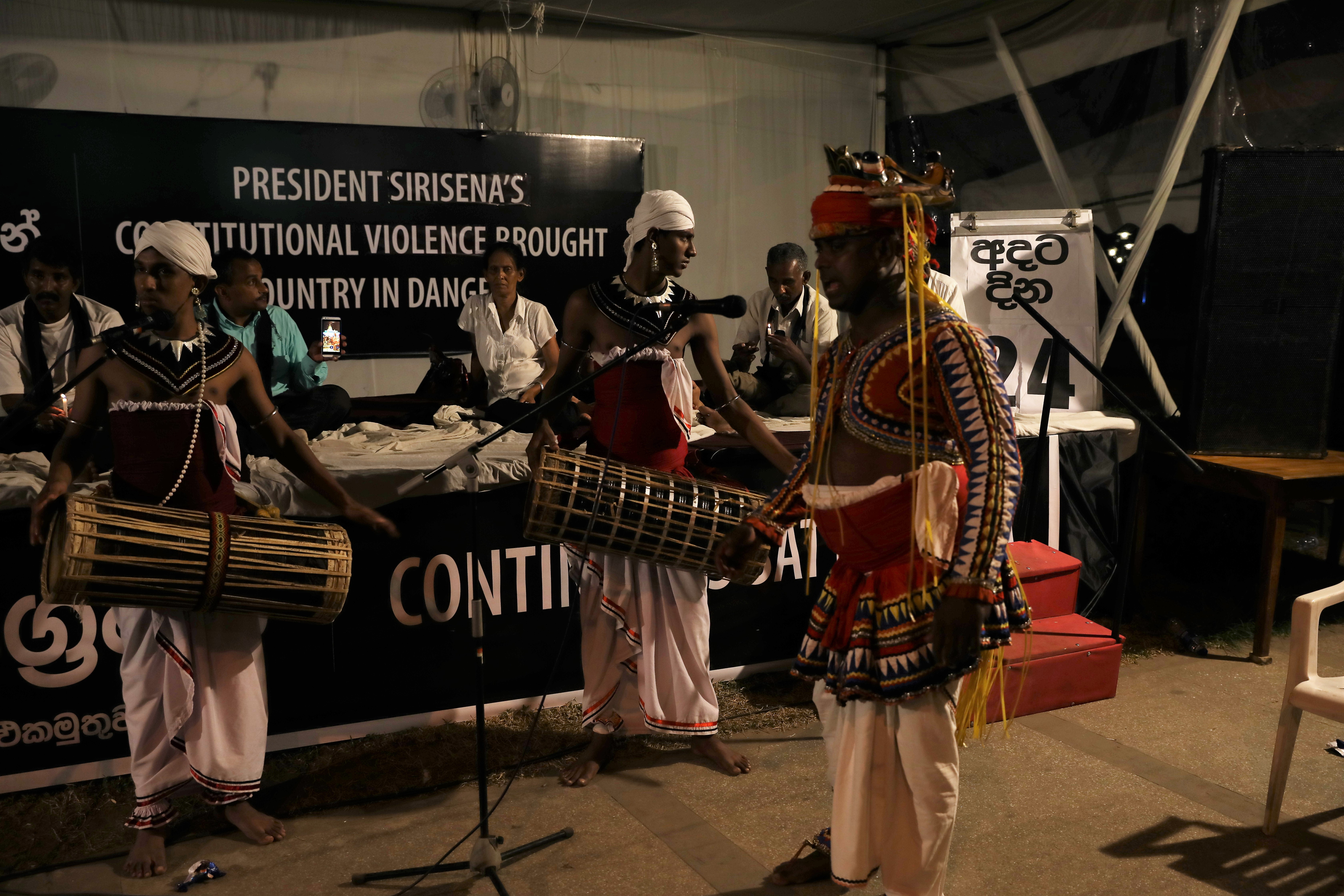 Image: 24 day peaceful protest against Sirisena’s constitutional coup came to an end with the news of Rajapaksa’s resignation.(c)S.Deshapriya.

But Sri Lanka’s biggest worry is a fresh eruption of the Sirisena-Wickremesinghe power struggle.

New space has emerged for de-escalating Sri Lanka’s political crisis with the timely and judicious intervention by the Sri Lankan Supreme Court.

Following the two rulings made by the top court, last Thursday and Friday, Ranil Wickremesinghe — the Prime Minister who was sacked on October 26 by Maithripala Sirisena, Sri Lanka’s President — was again sworn in on Sunday as the new Prime Minister. The new cabinet is scheduled to be sworn-in today, Monday. With the Wickremesinghe-led United National Front (UNF) now back in power, the 50-day long tenure of Mahinda Rajapaksa, who replaced Mr. Wickremesinghe as the Prime Minister, has also come to an abrupt end.

Mr. Rajapaksa, who was appointed on October 26, could not properly function as his appointment was legally challenged by the Wickremesinghe camp. Mr. Sirisena’s order, on November 9, to dissolve Parliament was also legally challenged, leading to a situation where Sri Lanka was without an effective government for six weeks. Now, as a result of judicial intervention, Sri Lanka has a new government that enjoys constitutional validity.

Thus almost seven weeks of unprecedented political turmoil and governance vacuum have come to an end, at least for the moment.

Supreme Court’s role
The huge significance of the Supreme Court’s role in restoring constitutional governance for Sri Lanka’s democracy warrants no exaggeration. When Mr. Sirisena changed the government on October 26, and dissolved Parliament some time after, there were serious doubts about the constitutionality of his shocking and sudden actions. Under the reformed presidential system in Sri Lanka with the 19th Amendment to the Constitution, the President’s powers over the Prime Minister, the cabinet and Parliament are severely restricted. Due to conflicts that developed within the coalition government that was jointly led by Mr. Sirisena and Mr. Wickremesinghe, Mr. Sirisena seemed to have disregarded the constitutional limits of his legitimate authority. It is his acts of constitutional transgression that the Supreme Court has now reversed and corrected.

The most significant feature of the Supreme Court’s invalidation of three major political decisions made by Mr. Sirisena is the re-emergence of the judiciary with a clear sense of institutional autonomy and independence. This is all the more important given the thoroughly negative political consequences a judicial endorsement of the President’s actions would have carried. The highest court of the country asserted itself against the arbitrary and capricious exercise of constitutional authority by the head of the executive and refused to be submissive to the executive. It also protected the institutional autonomy of the legislature and ensured the constitutional protection to the Prime Minister and the Cabinet. In doing so, Sri Lanka’s Supreme Court ultimately proved itself to be a reliable arbiter of disputes that have the potential to endanger democracy and the freedom and rights of the country’s citizens.

In that sense, the two decisions by the Supreme Court last week are not only landmark judgments but are also future-defining judicial verdicts. Hereafter, Sri Lanka’s political leaders or their random legal advisers, both official and unofficial, cannot take for granted the limits of political power as set out in the Constitution. Thus, Mr. Sirisena’s loss is in fact a gain for Sri Lanka’s democracy and its freedom-loving citizen.

A citizens’ awakening
This happy end to the constitutional crisis — which is only one part of the larger crisis — also shows the resilience of Sri Lanka’s democracy, amid periodic setbacks. Mr. Sirisena’s act of stabbing democracy in the back has not only outraged many citizens, particularly young voters, but also led to a reactive regeneration and sudden burst of political activism, participation and resistance by citizens. Citizens committed to defending constitutional governance, democracy, and freedom found themselves spontaneously mobilised.

This was also the time when political humour — its creation, enjoyment, and sharing of it on social media — emerged as the sharpest political weapon available to citizens. In brief, there was a republicanist surge of political consciousness, education, participation, and activism by citizens in defence of political freedom.

The opening of Sri Lanka’s democratic space, ironically under the leadership of the same President, Mr. Sirisena, in January 2015 seems to have had a lasting effect on the political commitment of citizens to defend democracy the moment they see it facing an imminent danger. Nearly seven weeks of continuous political resistance by a multiplicity of citizens’ groups, defying the government, probably set the example for the judiciary also to be courageous in performing its constitutional duty.

Ironically again, these are all positive outcomes of the democratic revival of January 2015 that Mr. Sirisena co-authored and which, less than four years later, he decided to turn his back on.

Preventing another escalation
Although the constitutional dimension of the crisis seems to have, to some, ended peacefully, the larger conflict between two rival factions of the political class is far from over. In fact, the risk is that the conflict will continue, expressing itself in new forms under new circumstances. Prevention of the re-eruption of this power struggle is the biggest challenge Sri Lanka faces immediately.

The first step in the direction of preventing its resurgence and a re-escalation is for Mr. Sirisena and Mr. Wickremesinghe to find a modus vivendi for at least a minimum level of peaceful cohabitation. After their bitter separation on October 26, this will not be an easy proposition to put into practice. The past few weeks have also seen how the poisoned personal relationship between the two leaders caused a major crisis in the government, with Mr. Sirisena even refusing to accept Mr. Wickremesinghe as the Prime Minister even if all MPs reposed their confidence in him. As President, Mr. Sirisena will also have some crucial powers in the government. He will not only be the head of state and the executive but also of the government and the cabinet. As the head of state and the cabinet, Mr. Sirisena might even want to be in charge of defence and national security. In Sri Lanka’s dual executive system, if the President and the Prime Minister resume the old habit of working on competing political agendas, eruption of another major crisis of governance is inevitable.

The next two years
Meanwhile, the next two years will be crucial for Sri Lanka’s politics of the future. A new President will have to be elected before the end of 2019, followed by fresh parliamentary elections in early or mid-2020. Provincial Council elections are also on the cards. Mr. Sirisena’s political future will depend on the nature of the political balance of forces by early to the middle of next year. The Rajapaksa camp envisages a coalition between its newly formed Sri Lanka Podujana Peramuna (SLPP, Sri Lanka People’s Front) and the Sri Lanka Freedom Party (SLFP) led by Mr. Sirisena. Mr. Wickremesinghe’s party, the United National Party (UNP), is also in the process of forming a broad coalition for the next provincial, parliamentary and presidential elections.

Thus, what can be expected in the run-up to the next round of elections is a crystallisation of existing fissures, divisions and groupings into two broad political camps — one led by Mr. Wickremesinghe and the UNP, and the other jointly by Mr. Rajapaksa and Mr. Sirisena with the SLPP and the SLFP as its key components.

The resilience of the citizens of Sri Lanka in defending their democracy will once again be put to the test within months.