“Rest assured Vaiko is our partner, not Rajapaksa.” – BJP 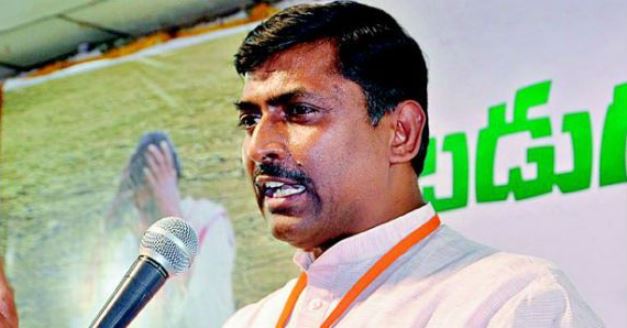 P Muralidhar Rao, general secretary of the BJP, who is also in charge of Tamil Nadu, told Express here on Friday, that he and his party colleagues are in Sri Lanka meeting President Mahinda Rajapaksa and other leaders, because the BJP government at New Delhi believes that India needs to engage the Lankan government to solve the vexed Tamil question.

Asked to comment on the protests in Tamil Nadu over dealings with the SL government, Rao said that the objective of the protesters and those of the BJP are the same, which is to secure an honourable settlement of the Tamil question, but the difference is in the method of achieving the goal. “We in the BJP believe that constant engagement with all the stakeholders is needed to secure justice for the Tamils,” Rao said.

Allaying fears of the BJP cozying up to Rajapaksa, abandoning Tamil Nadu and his ally Vaiko of the MDMK, Rao said: “Rest assured Vaiko is our partner, not Rajapaksa.” The BJP general secretary said that Prime Minister Modi had set the tone by meeting Rajapaksa as well as TNA.

“Modi had also been forthright with Rajapaksa even at his very first meeting with him. If he was not committed to the Tamil cause, he would not have done so,” Rao pointed out.

Rao told Lankan Foreign Minister G L Peiris that India is not imposing anything on Lanka but only asking Lanka to implement its own constitutional provisions in regard to devolution of powers, and the promises made by Rajapaksa that he would implement the 13th Amendment. Vijay Jolly, Convener of the BJP committee for overseas affairs, said that the delegation will ask the SL leaders to begin talks with TNA. “It is better for the government and the TNA to talk to each other first before consulting others,” added Rao.(New Indian Express)