Report: The alarming trend of heading towards a totalitarian regime – Intellectuals for Human Rights (IFHR) 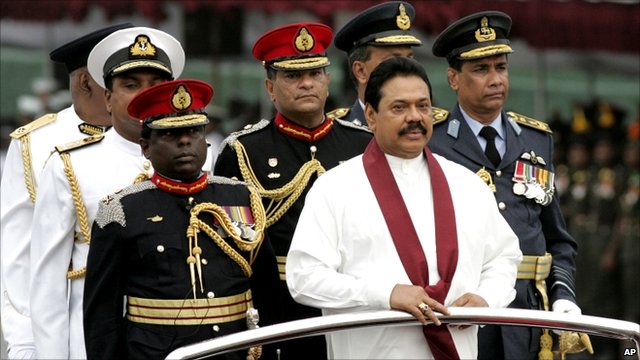 Intellectuals for Human Rights (IFHR) in its report for this year said the Human Rights situation in Sri Lanka has suffered a major setback in the first 10 months with the rule of law, individual liberty and the independence of the Judiciary having received an unprecedented beating.

According to the report issued yesterday to coincide with United Nations Human Rights Day, 148 females were murdered and 408 raped during the period under review, but only 10 cases had been filed in courts. The rise of the extrajudicial killings and inhuman torture clearly indicates the lack of respect of society for legal procedures and the rights of the citizens. It symbolizes the lawlessness in the country and indirect state approval for these illegal executions.

The report has reviewed the violation of human rights in Sri Lanka during the period December 11, 2011 to December 10, this year. The report briefly examines human rights violations in various domains highlighting prominent cases and examples to support the analysis and key arguments with reliable facts and figures.

This year’s report consists of thematic reviews of abductions and killings, Independence of the Judiciary, Media Freedom, Grievances of Resettled and Internally displaced people (IDPS) and the Violation Of the Right to Education where significant adverse developments could be observed during this period.

“Violent attacks on innocent unarmed civilians have become a common act in recent times though violence hand in hand with political rivalry is not of recent vintage. In recent past some areas of the country have converted into undeclared battlegrounds, as many powerful organized rival crime groups, fight for dominance. As a result the violence in Sri Lanka has gone off the charts with many killed during the period under scrutiny. Even though, in those cases the state is not responsible, the state is obligated to exercise due diligence in order to prevent such crimes. Further, the state must effectively investigate, prosecute, and punish perpetrators. If those mechanisms are ineffective or defunct, the state must take appropriate measures to make them effective. Abductions and killings, violation of independence of the judiciary, suppression of media freedom, continued unabated in 2012.

“Rights of prisoners and plight of the political prisoners including ex-LTTE cardres, continuing anguish of women and children are serious concerns. The HR situation in most of these sectors, seem to have worsened. The IFHR believes that the government is directly or indirectly responsible for all most all HR violations. Further the government continues to exercise the power of executive presidency and other forms of state power, the two-third majority in the parliament that was secured by unethical means. For example, the government has acted not only to cover up its HR violations and curtailing of the democratic freedom of people, but even to legitimize those violations,” the IFHR said in its report

“This is an alarming trend. The country is ostensibly heading towards a totalitarian regime. The allegations that have been made are mainly against the executive president and his family members, those who hold most important and powerful positions in the government. The IFHR believes that they cannot escape the allegations as they administer core elements of the government. Also, it seems that they tend to consolidate limitless extraordinary powers surpassing the law of the country. The two-third majority in parliament seems to be using to pass or amend the laws for these purposes.

“The assault on JSC secretary was followed by series of protests demanding the government to ensure the independence of the judiciary and they were organized by political parties, lawyers, judges unions and civil society organisations. Judges, lawyers and staff of the courts carried out one day strike protesting the attack and failure of the police to arrest respondents. The statements issued by the president and senior government ministers at different occasions on this assault further aggravated the violation of the independence of the judiciary.

They used baseless defamatory charges against the JSC officials, appointment of the JSC secretary and his seniority etc., and some baseless defamatory charges. It seems that all these statements of the ministers were an attempt to justify the assault on JSC secretary. It is also clear that the president or the ministers do not have genuine desire to ensure the independence of the judiciary.

This dispute continued and the government had decided to impeach the Chief Justice.

“On the 1st of November, the ruling party, United People’s Freedom Alliance presented an impeachment motion to initiate proceedings in Parliament with 113 signatures of its MPs. The time at which the impeachment motion brought, in the middle of increasing tensions between the judiciary and the executive, raised some eyebrows and the process.

On media freedom, the report says that the suppression of the freedom of expression in every means has been continuing over last few years and a large number of incidents have been reported in the year under review. Massive media campaign is obviously underway to build the image of ruling regime using all media institutions, both state and private, suppressing them, threatening them or taming them up,” the IFHR said. (Sandun A. Jayasekera)