Report on assault, abduction, imprisonment and intimidation of peaceful protestors 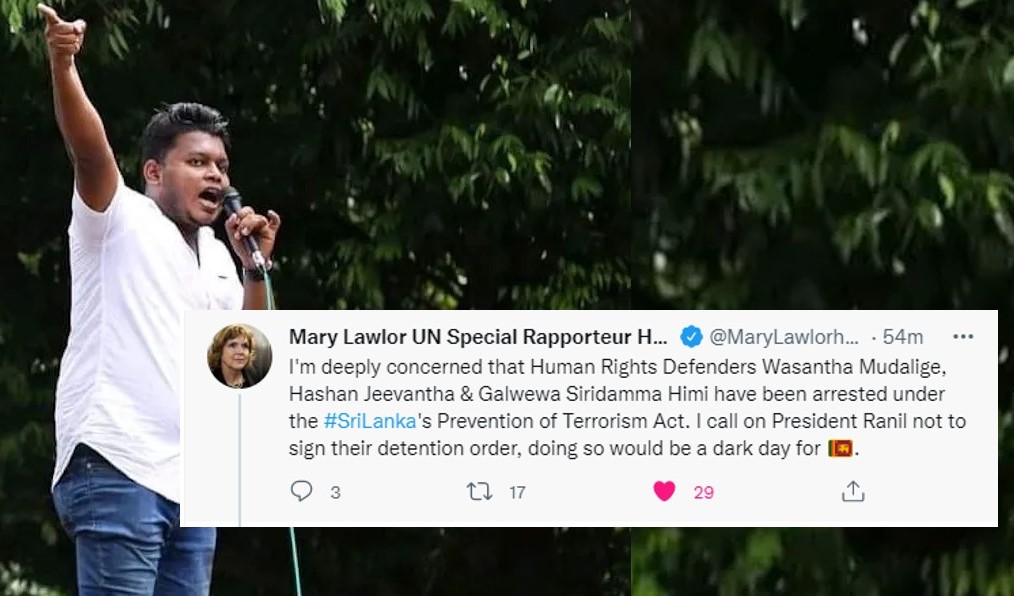 There was serious public opposition to the Podujana Peramuna government lead by
President Gotabhaya Rajapaksa. Eventually, President Gotabhaya Rajapaksa had to flee the
country and the Podujana Peramuna government, including Prime Minister Mahinda
Rajapaksa, who had a two-thirds majority in Parliament, had to resign. This historic popular
uprising did not happen by accident and many grave reasons can be identified.

The government failed to control the COVID-19 pandemic that started spreading across the
country from March 2020. No emergency measures were taken and instead, various dubious practices were employed. Ignoring guidelines of the health authorities, using military force and arbitrarily imposing force on the public, not allocating finances at a time when emergency allocations for healthcare was essential, and COVID patients were left to die on the streets. Shattering the expectations of 6.9 million voters, the role of the government was limited to media shows only.

At a time when people’s sources of income had been lost due to the COVID pandemic,
agriculture sector was thrown into a deep crisis by introducing an urgent fertilizer policy and it became a far-reaching problem until the impact of a food shortage exacerbating the
sufferings of people already experiencing. The farmers’ struggle against the arbitrary
fertilizer ban became the most serious public opposition to a government in recent history.
At a time when schools and universities were closed and education was disrupted, the
Kotelawala National Defence University Act was brought to privatize and militarize education without taking necessary urgent measures. Conspiracies were made in Parliament to pass the Kotelawala National Defence University Act despite the opposition of university students, lecturers, school teachers, trade unions, mass organizations etc. and the people who protested were repressed using the Quarantine Act and the Public Property Act. Five activists of the struggle against the Kotelawala National Defence University Act were illegally imprisoned for five months and sixteen other activists were detained in a military camp under the guise of quarantine.

The historical teachers’ struggle that arose in recent history, demanding the removal of wage disparities that have been in place for a period of 22 years, also started with the suppression of the struggle against the Kotelawala National Defence University Act as the proximate cause. On June 8, 2021, the protest against the Kotelawala National Defence University Act by the students’ movement for free education near the Parliament roundabout was attacked and suppressed by brutal police force, and 32 people including teachers’ union leaders who joined it were arrested. The government did not release the detainees even though they were granted bail by the court and continued to arbitrarily detain them in an army camp in Mullaitivu area. The teachers’ struggle, which was formed as a proximate cause of this repression, expanded its slogans to remove the salary disparities suffered by teachers for years, and eventually it became the largest teacher’s struggle in recent history.

Read the Full report as a PDF:IUSF Report on State Oppression English