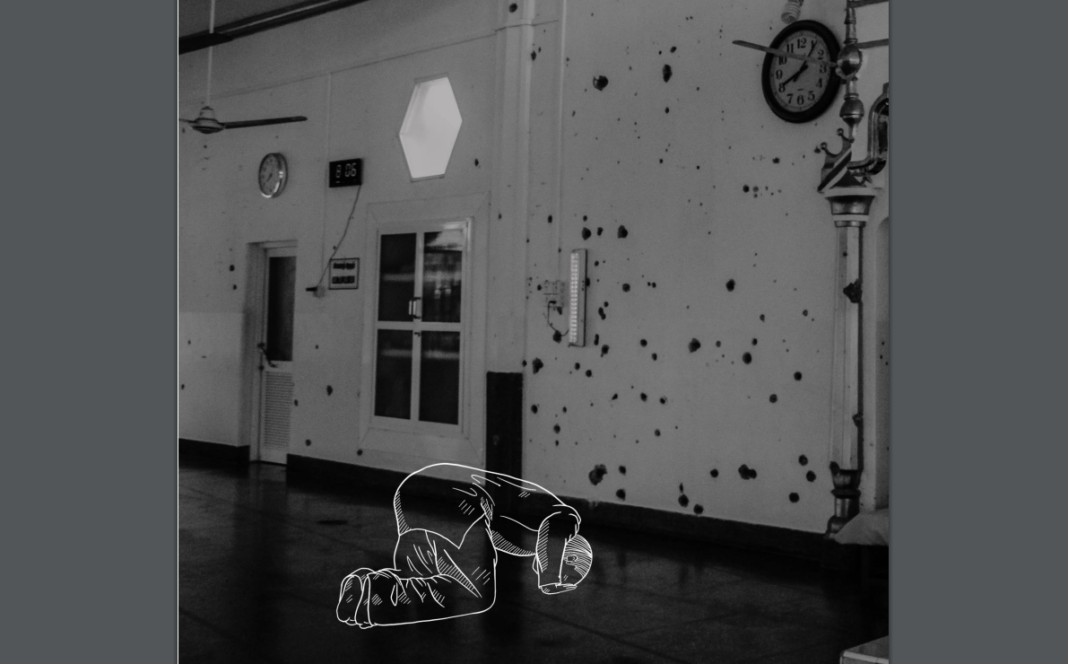 Sri Lanka’s past has been sullied by violence against minorities, committed in the name of religious and ethnic nationalism. Muslim and Tamil minorities in particular have faced repeated incidents of violence since the 1880s. In this report, Amnesty International documents the attacks against the Muslim minority in Sri Lanka over the years, focusing on emblematic moments in history that have set the stage for the anti-Muslim rhetoric and discrimination which proliferate and manifest in violence against Muslims today.

The Muslim community has been a target of recurrent incidents of violence and discrimination over the years, and especially since the end of the civil war in 2009. This report explores how anti-Muslim sentiment, and acts of violence and harassment against the community, have become systematic over time and manifest themselves in official state policy today. The perpetrators have not only been non-state actors, but have included armed groups, and at times even the state.

This report uses previous research and recent interviews conducted by Amnesty International, along with secondary research such as civil society reports and papers, fact-finding missions and reports, and data published by United Nations agencies.

In the post-civil-war context, anti-Muslim harassment, discrimination and violence began with the tacit approval of the state. The attacks on Muslims included campaigns against halal1 certification of food items, attacks on Muslim businesses, properties and homes, and false narratives perpetrated to promote the boycott of Muslim businesses. As a result of the anti-halal campaign in 2013, Islamic clerics temporarily withdrew halal certification in Sri Lanka. In 2013, violent Sinhala Buddhist mobs attacked a Muslim-owned shop and business in the suburb of Pepiliyana and a mosque in Colombo, while extremist Buddhist groups such as Bodhu Bala Sena spewed hate filled messages against Muslims at public meetings in town centres.

Despite international human rights law obligations and domestic laws to protect the freedom of religion, the government failed to protect the rights of Muslims and the attackers were allowed to act with impunity. The lack of accountability for these incidents further fuelled anti-Muslim harassment, discrimination and violence. A year later, a Sinhala Buddhist nationalist group rally triggered anti-Muslim riots in the southern
coastal town of Aluthgama.

Despite a change of government in 2015, which promised more justice and accountability for ethnic and religious minorities, attacks against the Muslim population continued. Between 2015 and 2016, civil society groups recorded 64 anti-Muslim incidents, which included hate speech, threats and intimidation, discrimination, destruction of property, economic embargoes and physical violence. In 2017, in the southern coastal town of Ginthota, at least two mosques, along with Muslim-owned homes, vehicles and businesses
were damaged in anti-Muslim mob violence. In 2018, similar violence broke out in the Central Province town of Digana, resulting in one death. According to the only publicly available figures on the extent of the violence, compensation was claimed for damage to 355 houses, 233 shops, 83 vehicles, 20 mosques and two temples.

In each of these incidents, the state failed in its duty to protect the Muslim minority community during attacks; hold perpetrators to account; and deliver justice and reparations to victims.

Other religious minorities have also faced violent attacks. For instance, between 2009 and 2016 Christians, predominantly the evangelical groups, reported at least 181 incidents of violence, harassment and/or discrimination by Sinhala Buddhist groups, state officials, religious leaders and even neighbours.

The state failed in its duty to protect its citizens and deliver justice to victims, in violation of domestic safeguards such as Articles 10 and 12 of the Sri Lanka Constitution and Section 291A of the Penal Code of Sri Lanka, and international human rights law such as Articles 2, 9, 18, 20, 26 and 27 of the International Covenant on Civil and Political Rights (ICCPR) and Articles 4 and 5 of the International Convention on the Elimination of All Forms of Racial Discrimination (ICERD).

On 21 April 2019, more than 250 people died when seven suicide bombers from a local Islamist armed group attacked two Catholic churches in Colombo and Negombo, a Zion church in Batticaloa and the Shangri-La, Kingsbury and Cinnamon Grand hotels in Colombo. Following these attacks, Muslim-owned houses and businesses were attacked in Negombo, south of Colombo city, and in surrounding towns and villages. Refugees and asylum-seekers from Pakistan, Afghanistan and Iran were attacked and posts
advocating violence against Muslims were shared via social media.

On 13 May 2019, Muslims in several towns in the North Western Province came under widespread attacks from violent mobs. At least one person was killed and hundreds of Muslim-owned homes, businesses and properties were destroyed. People interviewed by Amnesty International described how these attacks left the Muslim community feeling
vulnerable and fearful of further violence, and distrustful of their non-Muslim neighbours and law enforcement.

Prior to the 2019 elections, Amnesty had documented how anti-Muslim sentiment had been weaponized by the current government and used to garner support from the majority Sinhala Buddhist population. The current government came into power on the promise of authoritarian leadership and strengthened public security, particularly against extremist Islamic factions, and continues to target and scapegoat the Muslim population to distract from other political and economic issues.

This was evidenced in a series of recent official policies and positions – for example, in 2020 the government adopted a mandatory cremation policy to dispose of the bodies of Covid-19 victims. This policy was implemented despite cremation being expressly forbidden in Islam and a lack of scientific evidence to substantiate the claims that burying Covid-19 victims would further the spread of the disease.

The forced cremation policy was reversed in February 2021, 11 months later, after protests from the Muslim community, local and international civil society organisations, and international pressure ahead of a vote on Sri Lanka at the United Nations Human Rights Council, but burials for Covid-19 victims are still only permitted in the town of Oddamavadi in the Eastern Province.

Furthermore, the state is looking to implement discriminatory legislation, such as a ban on the niqab and on madrasas (Islamic schools), claiming face veils are a sign of ‘religious extremism’ and that these measures would improve national security. If executed, these restrictions would violate people’s freedom from discrimination based on religion, guaranteed and safeguarded by Sri Lanka’s Constitution and international human rights law, by which Sri Lanka is bound.

These proposed measures would only compound the prevalent misuse of domestic legislation to arbitrarily target Muslims. Amnesty International has documented three cases in which Sri Lanka’s ICCPR Act (legislation purported to uphold the freedom of expression and thought) and the draconian Prevention of Terrorism Act, and its problematic regulations, have been used to target Muslims. These cases are illustrative of the attempts by the Sri Lankan authorities to stifle dissent and further marginalize and discriminate against the Muslim community. Ramzy Razeek was detained for five months for peacefully
expressing his opinion. Hejaaz Hizbullah remains in custody, 15 months after his arrest, for his work and opinion. Ahnaf Jazeem too remains in detention 15 months after his arrest in connection with his publishing of a Tamil language poetry anthology.

Although historically the majority of anti-Muslim violence has been carried out by Sinhala Buddhist nationalist groups, there have been perpetrators from other ethnic groups in the country as well, all of whom have operated with equal impunity. During Sri Lanka’s civil war, the Liberation Tigers of Tamil Eelam (LTTE), a Tamil-armed group, were responsible for war crimes committed against Muslims in the Northern and Eastern provinces. In the Eastern Province, the Kattankudy and Eravur massacres in 1990 saw Muslim civilians, both adults and children, targeted and killed. Later that year, in October, the LTTE forcibly evicted around 75,000 Muslims from the Northern Province. The state has consistently failed in its obligation to ensure access to remedy and reparations for victims of war crimes and has done little to facilitate their safe return to the Northern Province, including failing to provide sufficient infrastructure and facilities in the destroyed areas.

The historical origins of the Sinhala Buddhist nationalist movement – the group behind the majority of antiMuslim violence – are relevant to the present-day anti-Muslim violence. This movement, which aims to uphold the political, economic, and religious supremacy of Sinhalese Buddhists, believes that Muslims are ‘alien’ to the country and that their perceived disproportionate economic and demographic success poses a threat to the Sinhala Buddhist people.

The consistent marginalization, harassment, discrimination and violence against the Muslim community in Sri Lanka are perpetrated by both state and non-state actors, acting with impunity and the implicit approval of the state. The Government of Sri Lanka must uphold its duty to protect the Muslim minority population from further attacks, to hold perpetrators to account, and to end the use of government policy and legislation to target, harass and discriminate against the Muslim community.

Amnesty International calls on the Government of Sri Lanka to take timely, effective and meaningful steps on the following recommendations:

 Take effective and targeted measures to prevent violence against the Muslim minority and other religious and ethnic minorities, including through effective policing of public disturbance and protest in accordance with international human rights law, and through sustained measures to prevent the incitement of violence and the spread of malicious misinformation against all religious minorities.

 Ensure the police are sufficiently resourced and trained to be deployed in response to riots, with adequate equipment to respond to and protect people during instances of inter-communal violence against minorities. This must include regular training to ensure that the police do not use excessive force against perpetrators or victims and witnesses, and that their responses are necessary and proportionate.

 Hold a prompt, thorough, independent, and impartial investigation into all allegations of human rights violations and abuses during attacks and violence against Muslims, including by the police and armed forces, ensuring that all those reasonably suspected of criminal responsibility and hate crimes are brought to justice through a fair trial by a competent court, without recourse to the death penalty.

 Ensure the protection of the rights of minorities to freedom of expression, to practise and manifest their religion, in keeping with Articles 10 and 12 of the Constitution of Sri Lanka, international human rights law, and international best practice.

 Take measures to educate and create awareness among all Sri Lankans on the right to equality of all, across race, religion, and ethnicity, with the aim of promoting peace and communal harmony, to prevent further violence, and to maintain peace.

 Provide infrastructure and ensure the development of areas in the Northern Province and facilitate the return of forcibly evicted families.

 Amend the Muslim Marriage and Divorce Act in consultation with Muslim women’s groups and in compliance with international human rights standards.

 Reject the cabinet proposal to ban the burqa and niqab and ensure the protection of people’s rights to non-discrimination, freedom of expression, and freedom of religion and belief.

 Ensure that the criminal justice system is not misused to target or harass minority communities; and refrain from bringing criminal charges or other proceedings or administrative measures against them that stem solely from the peaceful exercise of their rights.

 Repeal the Prevention of Terrorism Act and end the use of the legislation and related regulations immediately and ensure that people detained as a result of the Act have unrestricted, regular access to their lawyers and family members, without obstruction from police or correctional officials, and that their rights to a fair trial are upheld.