Report: Accountability and justice are yet a far-away dream for victims of post-easter mob attacks – People’s Rights Group 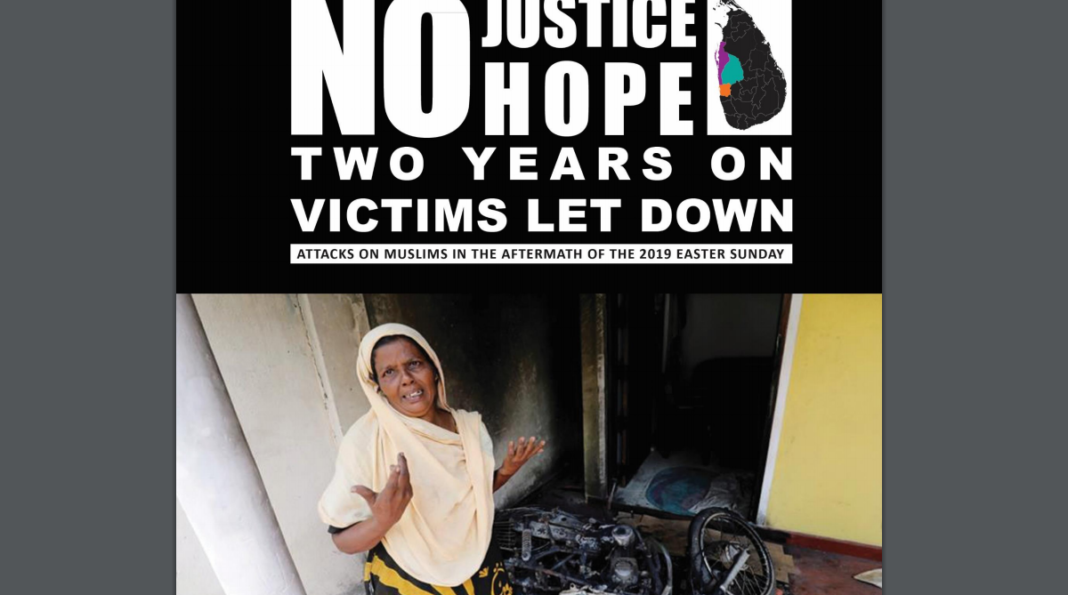 People’s Rights Group (PRG), a rights based advocacy and lobbying group based in the UK particularly dealing with human rights violations in Sri Lanka calls on the Government of Sri Lanka (GoSL) to fully investigate and prosecute those who were responsible for the May 11-15, 2019 attacks on Muslim communities in the aftermath of the Easter Sunday attacks.

PRG expresses its concern over the lack of accountability for the attacks on the Muslims communities that were carried out by extremist mobs using the Easter Sunday attacks as a pretext. In a rampage lasting five days, and abated by a lethargic and often late response by law enforcement authorities, organized mobs went on attacking towns and villages in the Kurunegala, Gampaha and Puttalam districts, damaging, destroying and burning down houses, mosques, businesses and industrial premises, shops, vehicles and other properties belonging to the Muslim community. One life was lost, and over LKR One billion worth of damages were caused, dealing a severe blow to the social, cultural, economic and moral strength of the minority Muslim community.

In a report it released on the 12th of May titled NO JUSTICE – NO HOPE; TWO YEARS ON – VICTIMS LET DOWN, PRG reveals that even after two years, accountability and justice have eluded the victims of these attacks, and the meagre compensation paid to them has done little to bring their lives back to normal. No convictions have been made. The few people prosecuted have been released on bail with little progress made in their cases. The study also reveals that in most cases the charges brought against the culprits are minor misdemeanour chargers such as unruly behaviour. In some cases social pressure is being applied on victims to withdraw their complaints and ‘settle the disputes amicably’.

PRG calls on the government of Sri Lanka to expedite investigations and take meaningful efforts to bring the perpetrators of the post-Easter Sunday attacks to justice. PRG also calls on authorities to provide full and adequate compensation for the victims of the attacks. Most importantly the Government must take steps to bring about genuine reconciliation and understanding among communities and ensure the safety and security of minority communities particularly those living in majority dominated areas.