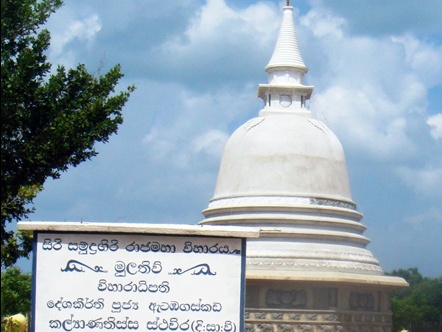 Dr A.C.Visvalingam, President, CIMOGG
The composition of the population of Sri Lanka is such that no one can ordinarily become its predominant leader unless he happens to be a Sinhala Buddhist.
Needless to say, the leader would make his own assessment of the stance that most Sinhala Buddhists would be likely to take in respect of important national issues and adjust his political manifesto accordingly.
He would take into account the fact that his fellow Sinhala Buddhists are apprehensive about their continued survival in the centuries to come. He would also know that, deep within them, most Sinhalese believe, without overt racist intentions, that they are “a little more Sri Lankan” than those of the other ethnicities here.

Indeed, the leader himself would probably be of such a mindset. His decisions and actions would be in accord with this entrenched idea of the greater “Srilankanness” of the Sinhalese. That this observation is not at all far-fetched can be substantiated by the almost universal use, often even by the most liberal Sinhalese, of the words “grant” and “concessions” when they talk of how the National Question could be solved.

Many Sinhalese Buddhist feel that it is their duty to “grant” some “concessions” to the minorities. The sticking point here is that all members of the minorities (ethnic, religious or other) who are citizens of Sri Lanka see themselves as the absolute moral and legal equals of any Sinhala Buddhist Sri Lankan.

Furthermore, those of the minorities who are resident in Sri Lanka could hardly be faulted if they proclaim that they are perhaps more Sri Lankan than the many “patriots” who have renounced Sri Lankan citizenship and sworn allegiance to some other land but maintain a continuing “proprietorship complex” over this land.

Consequently, minority group citizens cannot see what justification there is for any other group of Sri Lankans to presume to “grant” any “concessions” to them in respect of the rights to which they are already lawfully entitled by virtue of their citizenship. It is an affront to their self-respect that they can do without.

It is particularly hurtful to the minorities when leaders of opinion such as schoolteachers, priests and writers keep on repeating the “mantra” that this is a “Sinhala Bauddha rata”. Hence, the Citizens’ Movement for Good Government (CIMOGG) urges that everyone, of whatever race or religion, should always think and speak of this beloved land of ours as one that belongs to all Sri Lankans without distinction or privileged standing.

The presentation of history and religion by individual groups, wherever they may be located in this world, tends to be more or less lopsided. It may not be too farfetched to assert that most Sinhalese children who have not had Tamil friends leave school with the impression that, other than for King Elara, Sir Ponnambalam Ramanathan and Lakshman Kadirgamar, most Tamils are generally a tiresome pain in the posterior.

This is the result of a lack of balance in the manner in which past events and historical figures are described in their history books, and repeated orally at home and elsewhere. Children of minority groups, if they have followed a non-Sinhala language stream in school, are also bound to have a correspondingly jaundiced view of the Sinhalese.

Obviously, therefore, there is a great deal to be corrected in what Sri Lankan children are taught if we are to foster the unity of all those who live, learn, work and plan to die here. Merely forcing children to learn all three languages is not going to be enough to forge one united nation if the children of the different language groups continue to be “streamed” separately to the point where their prejudices get hardened beyond correction. CIMOGG has made its own suggestions regarding this question but others may have better answers (www.cimogg-srilanka.org).

The minorities must appreciate the psychological position that, if they keep on referring to themselves as “Tamils”, “Muslims”, “Christians” etc, the Sinhalese will understandably react by emphasizing their “Sinhaleseness”.

If the creation of a universal Sri Lankan identity is to be achieved, it is logical to minimize references to group identities and demands and concentrate as much as possible on the issues that are of common concern to all Sri Lankans. If every one of us would accept this strategy to forge national unity, only crooked politicians and diehard bigots would object to it.

For a start, it would build a strong bond between all citizens if they would forget the differences on which they have been harping so far and lobby together strongly for the resuscitation of truly impartial and powerful Independent Commissions. If this could be achieved, we would get a proud Police force that cannot be pushed around by political thugs to violate citizens’ fundamental rights.

We would get Attorneys General who, under political pressures, do not withdraw indictments filed against rapists and murderers. Our Bribery Commission would have sufficient funds to employ its own investigators to probe thoroughly such gigantic frauds as those related to petroleum purchases and hedging, not to mention the Central Bank buying “pumped up shares” for the EPF.

The Election Commission would be able give short shrift to election thuggery and other malpractices. The Judiciary would enjoy a greater freedom than it is credibly believed to possess now to dispense justice without fear or favour.

We would have an impartial high-powered Committee on Senior Public Appointments, which would ensure that competent and honest persons are put in all key positions in Ministries, Authorities, Boards and Departments. But, before we can have Independent Commissions, we shall have to deal with the 18th Amendment.

At present, the 18th Amendment gives the President total freedom to appoint persons solely of his own choice to hold all important positions in the country. Even the members of the so-called Independent Commissions are appointed at the pleasure of the President.

On the other hand, the public is well aware that too many of those who hold key positions in the machinery of government have proved to be extraordinarily inefficient, apart from suffering from a severe shortage of honesty and integrity. The first step, therefore, would be to agitate for the repeal of the 18th Amendment. A complementary step would be to press for the restoration of an improved 17th Amendment.

The next vital requirement is for the passing of an effective Right to Information Law with adequate protection for the media to carry out investigations of unlawful conduct or gross incompetence and report on them without fearing “white vans”, arson, assault, assassination or mala fide acquisition of their businesses.

All decent Sri Lankans, without regard to race, religion, caste or any other classification, would surely find no objection to cooperating to take these initiatives for better governance and compliance with the Rule of Law. The benefits of achieving these objectives, by peaceful but persistent agitation, will devolve on all citizens equitably

Initially everyone should concentrate on solving those problems which beset all Sri Lankans equally, irrespective of group affiliations.

Once those belonging to all ethnic, religious and other groupings get together in similar joint endeavours to improve the position of all citizens vis-a-vis a mindless bunch of politicos, blinded by impunity, and a sycophantic, spineless administration, they would be mentally more receptive to dealing with those issues that trouble various subgroups of the population. Having worked together on solving common problems faced by all of them, one could expect that there would be a greater willingness to deal with group problems in a less confrontational manner.

There would be a greater willingness to negotiate sincerely in a balanced manner without getting frozen in rigid, uncompromising positions. As progress is made in joint actions, the comradeship of working together for a common purpose will create an atmosphere of goodwill and willingness to negotiate reasonably on those issues which continue to trouble particular groups.

It has been the lack of such an atmosphere of togetherness that has prevented any progress from being made on achieving national unity and a Sri Lankan identity on terms that are acceptable to both the majority and the minorities.
(Photo: Tamil Net)
DBS