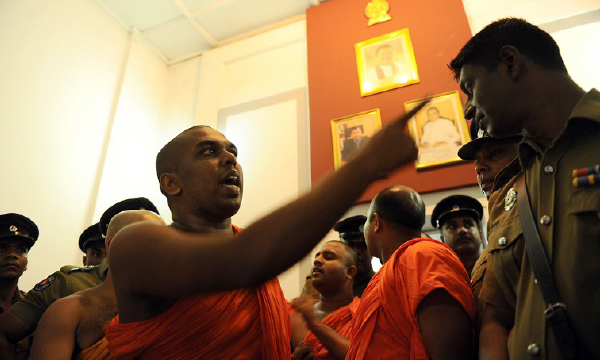 [Natioanlist Buddhist militancy on the rise in Sri Lanka]

The sa called Relegious police ,set up some monts ago by the regime, has requested Mr.Sirimal Wijesinghe, writer and a film director  to give a statement regardig a complaint lodged against him by a Buddhist  religious organization. The police station related religious conflicts funtioned under the Ministry of Buddhist Affairs. Mr. Wijesinghe has planned to produse a documentary film called Cult Monk.

In a letter to ASP, Bandula C. Perera, deputy director of the religious police Mr. Wijesinghe has explained his motives and refused to come to the police station. Insted he has requested the police to get a court order for anysuch  investigation.

Text of his letter:

Rejecting to give a statement

You have asked me in writing to come to your police station to record a statement from me pertaining to a complaint lodged by certain religious organization.

I have understood that it is a complaint against my documentary film Cult Monk which I am planning to create with a view of safeguarding the untainted Buddhist heritage of the country.

1. I think this attempt is a blatant violation of the right of the citizen to express views as guaranteed by the constitution of Sri Lanka.

2. Sri Lanka has established a number of organizations which are legally empowered to authorize the produced films. In this context, I thoroughly believe that giving a statement to police is clearly against the freedom I have as an artist. I am not bound to do so.

3. Although you accuse me of producing a film, such production has not taken place yet. I have only published a press statement regarding it. The press statement was followed by a series of threats from religious extremists and I have been compelled to go hiding for my safety.

4. The complaint I have lodged in regard of threats is annexed herewith. I understand that you are not in a position you can investigate my complaint since you are afraid of the political elements that are behind these extremists.

5. I kindly request you to bring a court order if you want to record a statement from me. In such situation, I can come to the courts with media coverage. I am sure I will be acquitted and I would like to say that your actions may create a situation I may file a human rights petition against you. 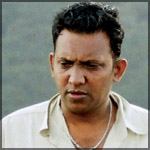