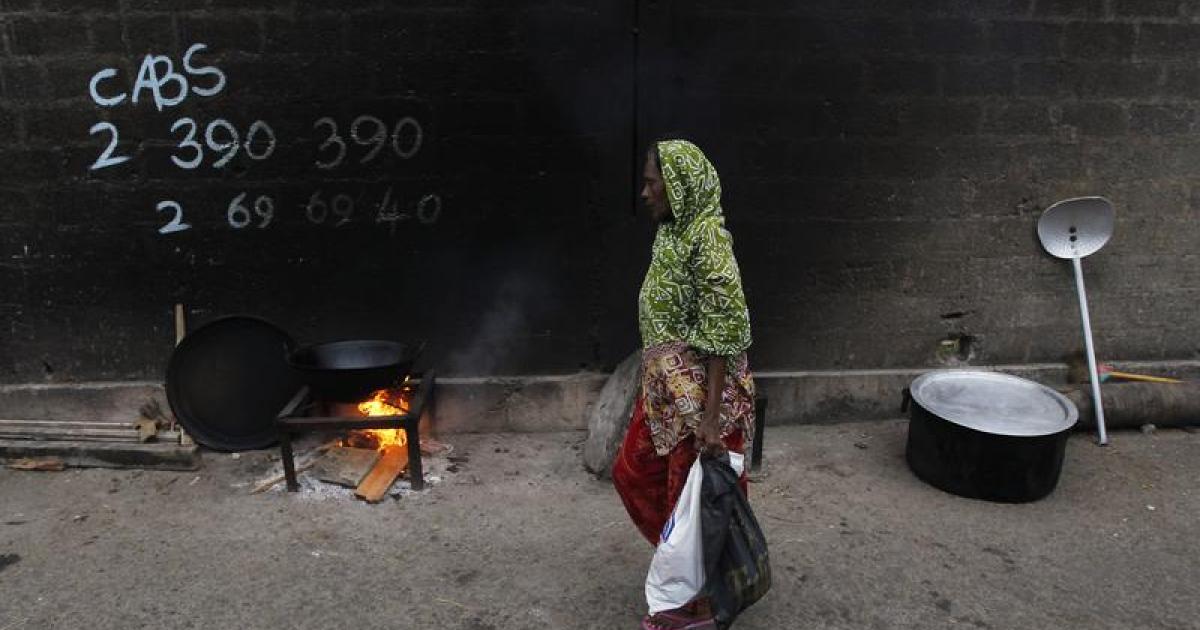 Image: A Muslim woman walks past a cooking fire along a road during Eid al-Fitr in Colombo, Sri Lanka, August 8, 2013.© 2013 Reuters/HRW.

Women’s Action Network (WAN*) is appalled and deeply disappointed by recent statements by Rizwe Mufthi, President of the All Ceylon Jamiyathul Ulama (ACJU) in a recent interview, that the Muslim Marriage and Divorce Act (MMDA) is “perfect in the present state” and does not require changes. With religious leaders invoking tradition to block fundamental rights, WAN calls on the State to step in and ensure that Muslim women and children are not second-class rights holders in Sri Lanka.

Rizwe Mufthi and another senior member of the ACJU are members of the Committee on Muslim Personal Law Reforms headed by Justice Saleem Marsoof, which was established by the then Minister of Justice in 2009. As Committee member, the ACJU has been part of the deliberations for the past 8 years to introduce reforms to Muslim personal law. Mufthi’s recent statements raise significant concern that the ACJU has misled the Committee and the Muslim community, whom they claim to represent, into believing that substantive legal reforms to the MMDA were being deliberated.

WAN is of the firm belief that it is both the MMDA and its implementation that allow for unequal and unjust treatment of Muslim women and girls, such as allowing child marriage, treating adult women as minors to strip their autonomy, restricting women from state-salaried positions such as becoming Quazi judges, setting forth unequal divorce provisions for men and women, allowing unconditional polygamy, among other concerns.  Contrary to the ACJU’s statements, the problem is not merely one of implementation, but problems with the law itself.

WAN has met with ACJU on multiple occasions to share these concerns, alongside Muslim women’s groups in our network and directly affected women, including survivors of child marriage.  At each of these meetings, ACJU representatives expressed concern and vocalized their commitment for reforms of the MMDA. This recent statement runs counter to previous commitments, raising doubt as to whether ACJU’s commitment to reforms is genuine. We are disheartened by Mufthi’s comments, which do not reflect the views of affected Muslim women.

The recent statement coupled with ACJU’s inaction towards reforms are a clear indicator that ACJU cannot claim to represent the interests of the entire Muslim community, which is diverse in ethnicity and religious ideologies. The ACJU’s extreme and rigid position on legal reform shows the regressive nature of their perspectives. WAN is of the firm belief that actors who are unable to win the trust and confidence of its own community should be disqualified from serving on a Committee meant to usher in positive changes.

WAN also notes that in the recent past ACJU’s and other Islamic religious groups’ position on the MMDA has been used to justify attacks against any pro-reformists, especially Muslim women who work closely with those whose fundamental rights have been denied by the MMDA and Quazi court system. ACJU’s extreme and rigid position has also radicalized Muslim youth, making them believe that the MMDA reflects Sharia law and therefore cannot be touched.

The ACJU’s recent statements show that it is not guided by the best interests of Muslim women and children but rather, are standing as a roadblock to Muslim women’s equal rights and access to justice in Sri Lanka. Given this reality, WAN calls on the government to intervene and lay down non-negotiable conditions for reform, such as setting a minimum age of marriage for all citizens at 18, and ensuring state-salaried positions are open to women, among other issues. With much anticipation for promised reforms, the state must do its duty for all its citizens, including Muslim women and girls.  It is time for the State to act like the State and protect the rights of all Sri Lankans, including Muslim women and girls, from those who seek to allow injustice in the name of religion!

*WAN is a collective of 8 women’s organizations working in the north and east.