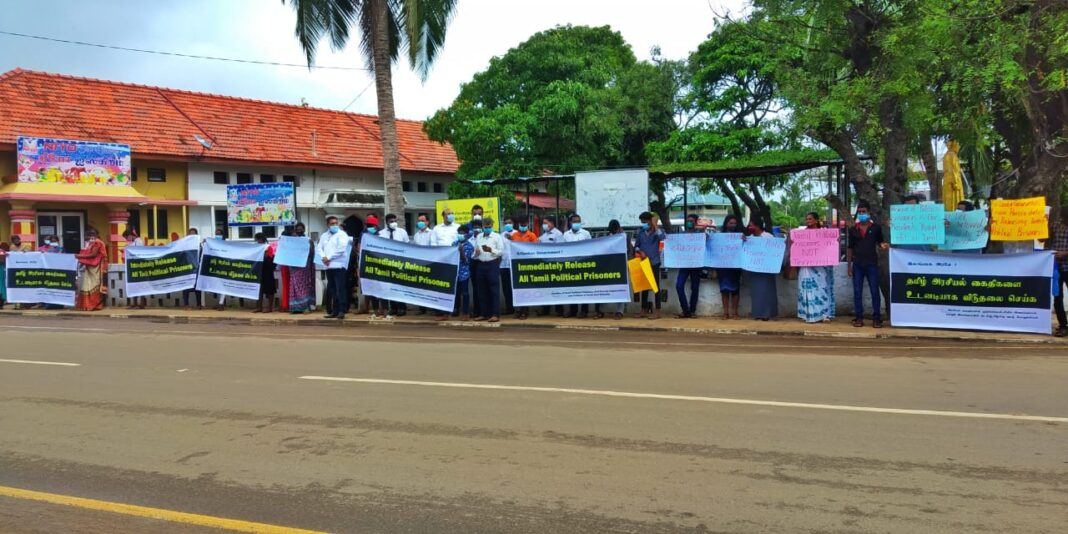 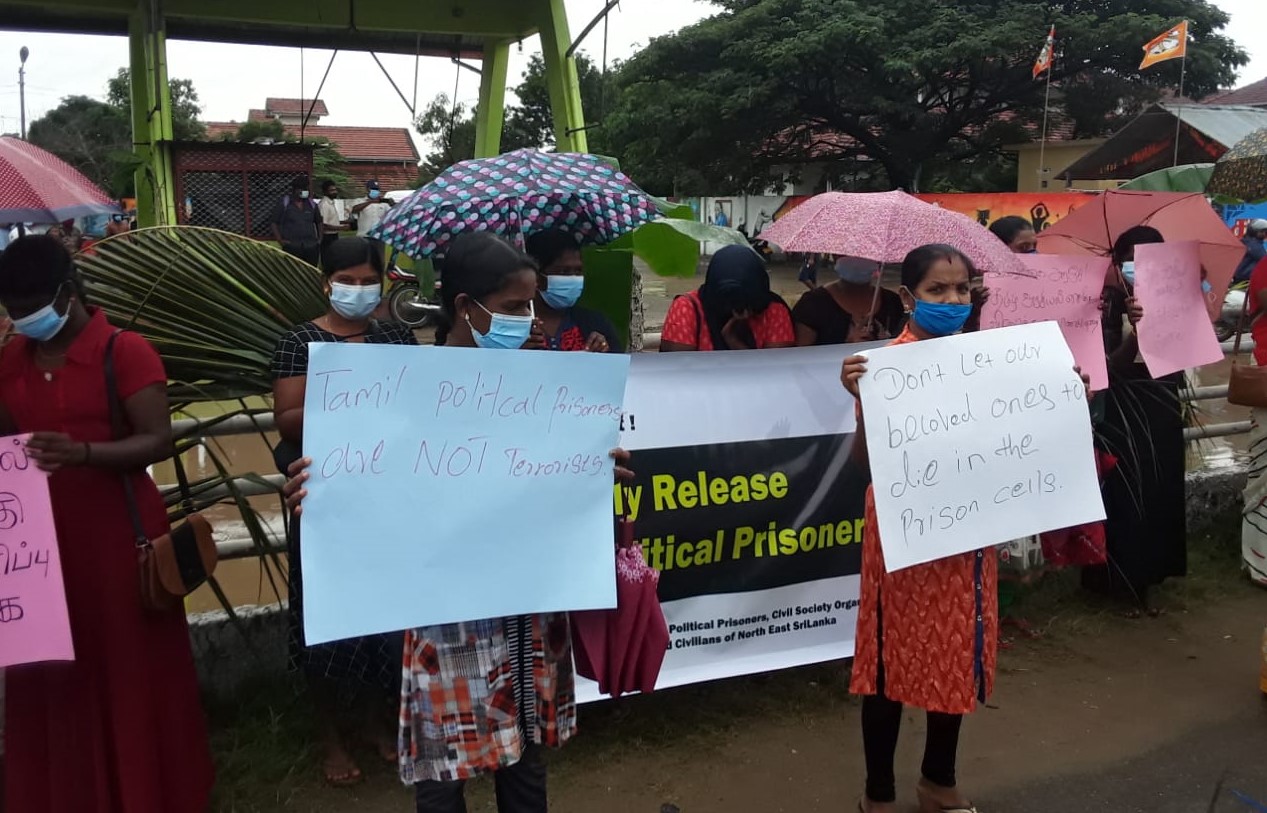 In some districts, police and intelligence exert severe pressure on the organizers and threatened them that they would be arrested under the pandemic Act and remanded even though the public health inspectors granted permission to conduct the campaign with health guidelines. In Mannar district when two male staff of a civil society organization went to get police permission from the Murunkan police, the OIC of the police detained the two for nearly one hour and demanded unless the female staff of the particular organization who works in that area comes to the police station that he would not release them. In Mankulam two male intelligence officers visited a female civil society activist’s house on the previous day and inquired her about the campaign. When campaigners gathered in Thirukkovil to launch the campaign police arrived at the location grabbed the banner from them and chased out the people who gathered there to lunch a peaceful campaign. Activists in Trincomalee and Jaffna also faced similar threats and they were forced to give up their campaign.

Family members who participated in the campaigns read the open statement to the media which is addressed to the Sri-Lankan President and to the Government. They appealed to the government not to treat Tamil political prisoners as terrorists, grant them general pardons and release them all immediately and not let them die in the prison cells.

Your Excellency President,
IMMEDIATELY RELEASE ALL TAMIL POLITICAL PRISONERS TO SAVE THEIR LIVES FROM FATAL COVID-19 PANDEMIC

We the families of Tamil political prisoners, civil society organizations and the civilians of North East Sri-Lanka present our plea before you.

Our family members who have been arrested under the Prevention of Terrorism Act (PTA) have been imprisoned in prisons across the island for years. Some of them have spent their lives for decades behind the iron bars and attained older age and become invalid. At present, there are nearly 147 Tamil political prisoners incarcerated. 69 are sentenced, 61 are remanded and 7 out of the remanded are women and one is with a 1 ½ year old baby. There are 17 persons in detention without being submitted in front of the courts who were recently arrested on suspicion under the same draconian act and teenagers also among them.

We the families of Tamil political prisoners and communities in North and East of the country immensely worried about their health and safety as the fatal COVID-19 pandemic is spreading inside the prisons and nearly 14 Tamil Political prisoners were infected with the virus. We welcome the action taken by the Sri-Lankan government for releasing 6000 inmates and planned to gradually release more who are eligible to be released. We appeal Your Excellency and the Government to extend your concerns towards the Tamil political prisoners and save their lives from contracting the pandemic, which is spreading inside the prisons, by releasing them.

The convicted Tamil political prisoners have served years in prisons and not seen the outer world for years and due to the prison conditions their physical and mental status have already deteriorated. A Tamil political prisoner S. Mahendran, who was arrested at the age of 17 in 1993 and served 26 years in prison and died 1st January of this year (2021) due to severe illness at the age of 45.
As Sri-Lanka has committed to building reconciliation and co-existence among ethnic communities the North East Tamil community that has endured more than three decades of war and violence waiting for positive gestures of reconciliation from the governments. Political pardon is the threshold of reconciliation.

Therefore, we openly appeal Your Excellency to release all the Tamil political prisoners
unconditionally.