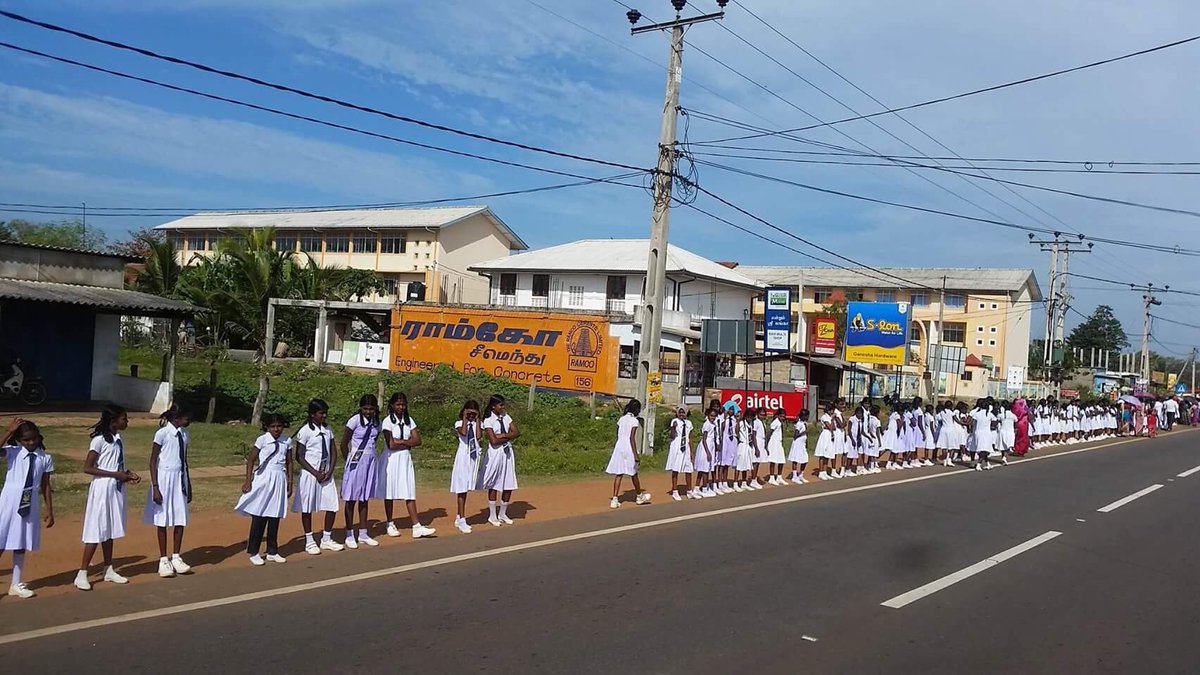 Praja Abhilasha (Joining Hands Network) with its 22 partner organizations around the country write this statement to express solidarity with the protesters of Kepapilavu. The Government of Sri Lanka (GoSL) failed to respond appropriately and timely to the demands of the protesters and to take action to release the occupied land.

The Kepapilavu people have been displaced at the end of the war in 2009. Since then, the military occupied 438 acres of the peoples’ land. Subsequently, the villagers had to live in a model village built by the military. The conditions in the “Model Resettlement Village” which Kepapilavu villagers were forced to settle in 2012 after living for three years in the infamous Menik Farm Camp, remain a matter of grave concern, with restricted access to land, sea and lagoon. The villagers face enormous difficulties to maintain their traditional livelihood as farmers and fishers, which results in huge loss of income for the affected families. Only two years after their construction the houses in the “Model Resettlement Village” show already signs of deterioration.

The villagers of Kepapilavu have taken many different steps to return to their traditional land. However, the former and the current regime refused to fulfil the peoples’ demands to release the occupied land.

Finally, the people decided this year to start a continuous campaign. On 1st March 2017, the villagers went to the entrance of the military camp, where their land is situated, to demand the release of their traditional land. They stated that they would not move until they get their land back.

For over two hundred days, villagers from Kepapilavu, have been protesting at the entrance of the Security Forces Headquarters Mullaithivu. The situation in Kepapilavu is indicative of the GoSl’s slow progress on the release of occupied land across the North-East of Sri Lanka. Vast areas, including both private and state land remain occupied by the security forces, in some cases since over 27 years. In the Kepapilavu area, several large military camps are functioning in private land, including fertile farmland.

Due to the military occupation of their land, villagers lost or are in danger to lose their traditional livelihood. Especially women who have been engaged in fishing related activities are unable to continue their work because of the restricted access to lagoon and sea.

Therefore, people are demanding the GoSL to release their traditional land, which is currently occupied by the military. Since the GoSL is stalling the promised reforms, there is a serious concern that the release of occupied land and the demilitarization are not moving ahead sufficiently.

The Government has to show strong leadership and dismantle the vast military cantonments occupying private and state land in the North-East. Any hopes for justice, reconciliation and sustainable peace are seriously hampered by the apparent unwillingness and insincerity of the GoSL to act on these matters. On the Kepapilavu land issue the promises of the government were not implemented at all.